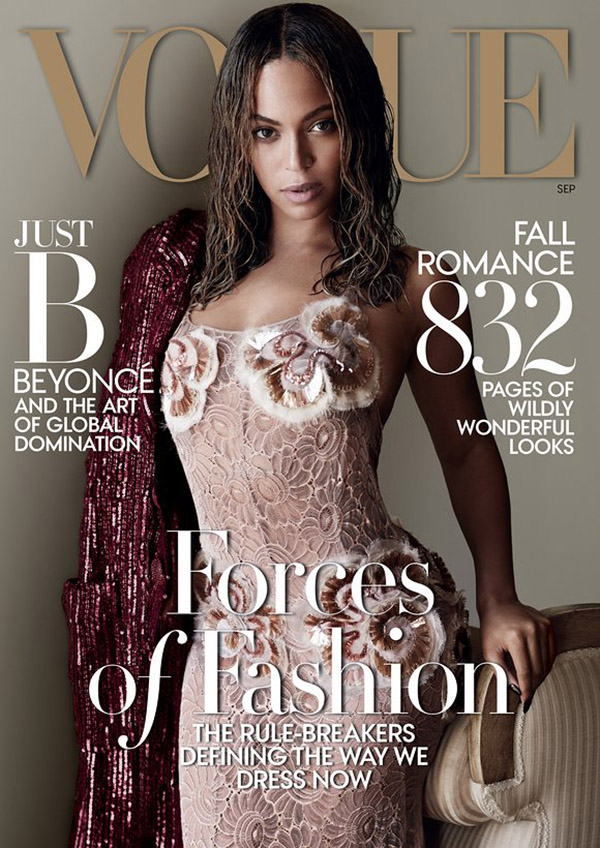 Queen Bey shows up on the most important Vogue issue of the year and makes history.

Beyoncé is the face of the 2015 September issue of Vogue and has made another first in history of the publication. Among other black females that have centered the issue including Rihanna, Michelle Obama, Naomi Campbell — Beyoncé is the first black musician to cover September’s issue of Vogue.

Designer such as Marc Jacobs, Riccardo Tisci and more describe Beyoncé’s essence in few words on Vogue.com of allegiance they have for Bey.

The word diva is used for so many female performers, and it often means they have reputations for being difficult, but she exudes charm and a lovable quality.” — Marc Jacobs

View the photos shot by Mario Testino in the gallery + watch behind-the-scenes footage in the video below.