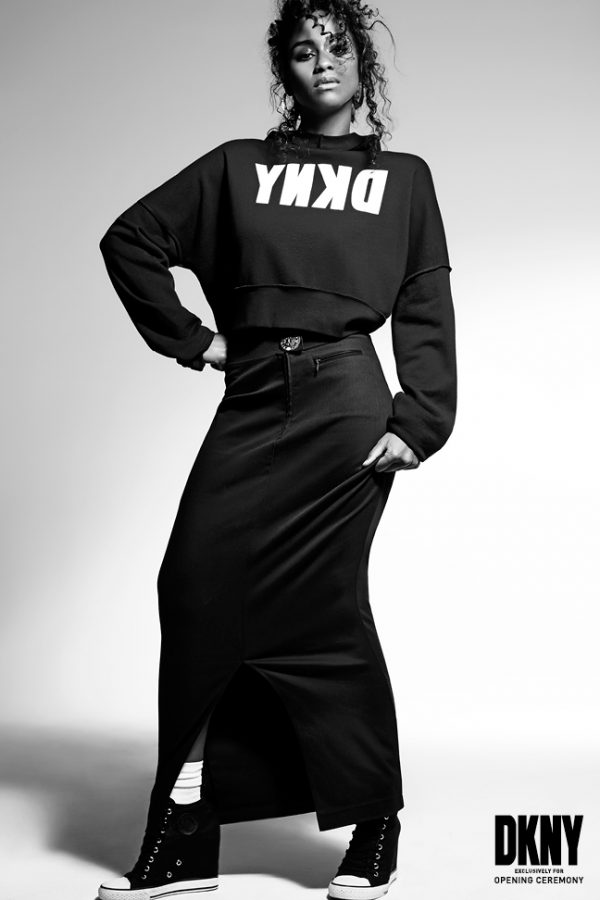 Now, I am in a full National Campaign for DKNY’s Resort 2015 Collection. Reunited with the home-slice Cara Delevingne and featured with my friends Brandee Brown and Chelsea Leyland. I am SO SO SO SO STOKED. Any of you who have been with me since the start knows I have come a very long way and I am literally doing backflips in my head our of joy right now. Thanks for always supporting me!

AND, special thanks to DKNY who embrace real people, models with real personalities, while keeping the spirit of New York City alive. Not only have they been dedicated to supporting New York residents who influence the city and world at large, but as a fashion house they are also interested in featuring women of color and transgendered models. It sounds like everyone would be doing the same, but just like the rest of the world – sometimes fashion houses are slow to embrace cultural change.

View the campaign on the gallery below.

Vashtie Opens Up on Showtime ‘3AM’ Series