It’s a rarity to see a performer in music, especially the R&B lane, to perform live and vocal range to sound as good as the choreography looks. Tinashe completely surprises and excels past all expectations. 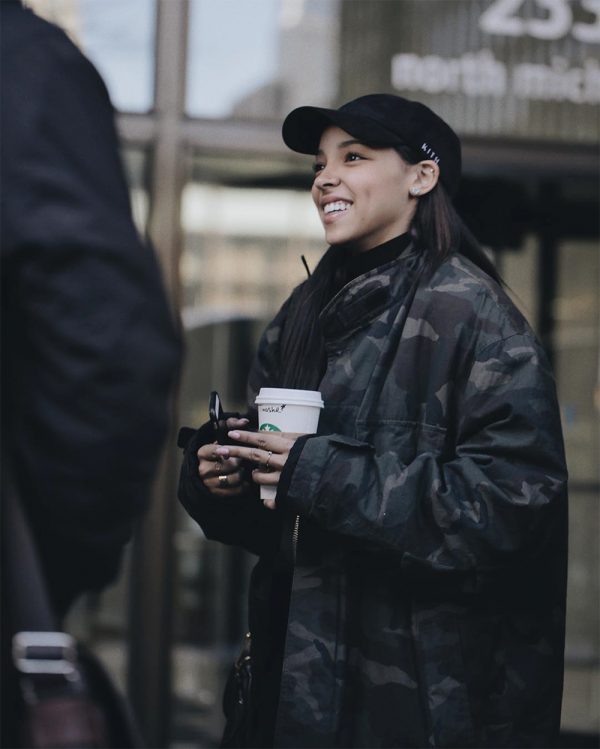 It was a post 60-degree weather day but snow was falling for the “2 On” singer/songwriter who showed up in Chicago on the afternoon before her show. Tinashe was scheduled to do a meet-and-greet at local streetwear boutique Leaders 1354. Not only did Tinashe show up on time, she was one of most pleasant encounters that I noticed since the last time we got a chance to interview her back in 2014. The snow made showing up to the event more difficult but that didn’t stop her fans from wanting to share a brief moment with her. 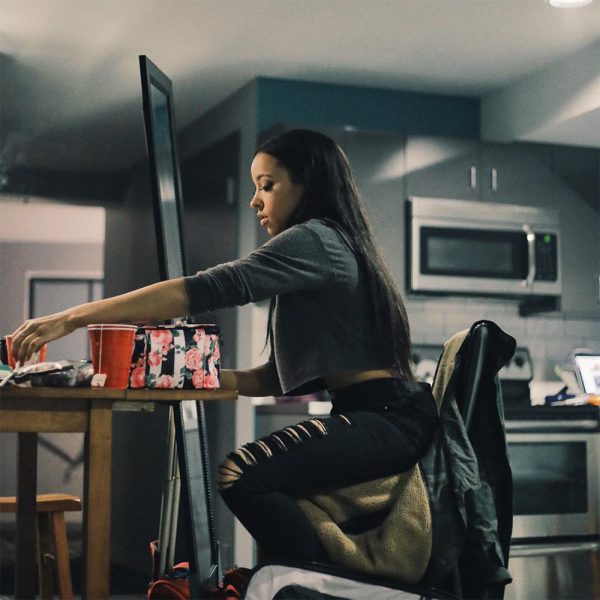 Tinashe noticed her fans was willing to see her in Chicago in the rain, cold, sleet and snow. She was so observant she ordered the boutique owners to let more people in from the cold to allow them a moment. Besides her concern, she even took a 5-minute call with a fan’s relative who shared an affinity for her catalog.

I read a tweet earlier that day that read, “Tinashe is the perfect mix of sexy and cute.” I believe that’s an understatement. 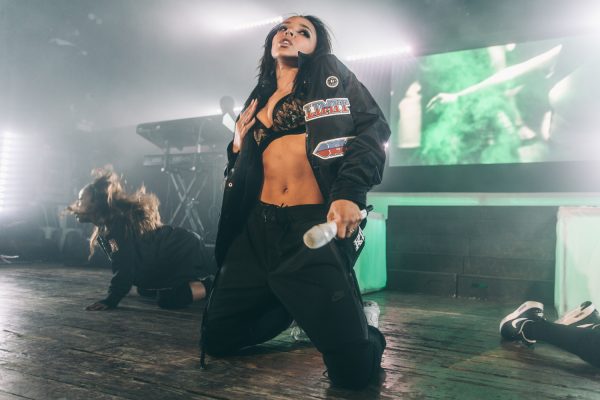 Meeting Tinashe for the second time was a gratifying experience for myself and her. The first time we met she admired my vintage ’93/94 janet. World Tour tee which was 2 years ago. At the 2014 BET Awards, Tinashe was able to tribute Janet Jackson during her Ultimate Icon Tribute. Oh, and let’s not forget the Future-laced track from Aquarius, “How Many Times” also features a sample from Janet’s 1986 single “Funny How Time Flies (When You’re Having Fun).” Meeting her for that additional second time after this time has passed gave me the opportunity to get her an official ’93 janet. World Tour tee of her own. She was grateful of the gesture in more ways than one, she allowed us access to her tour. 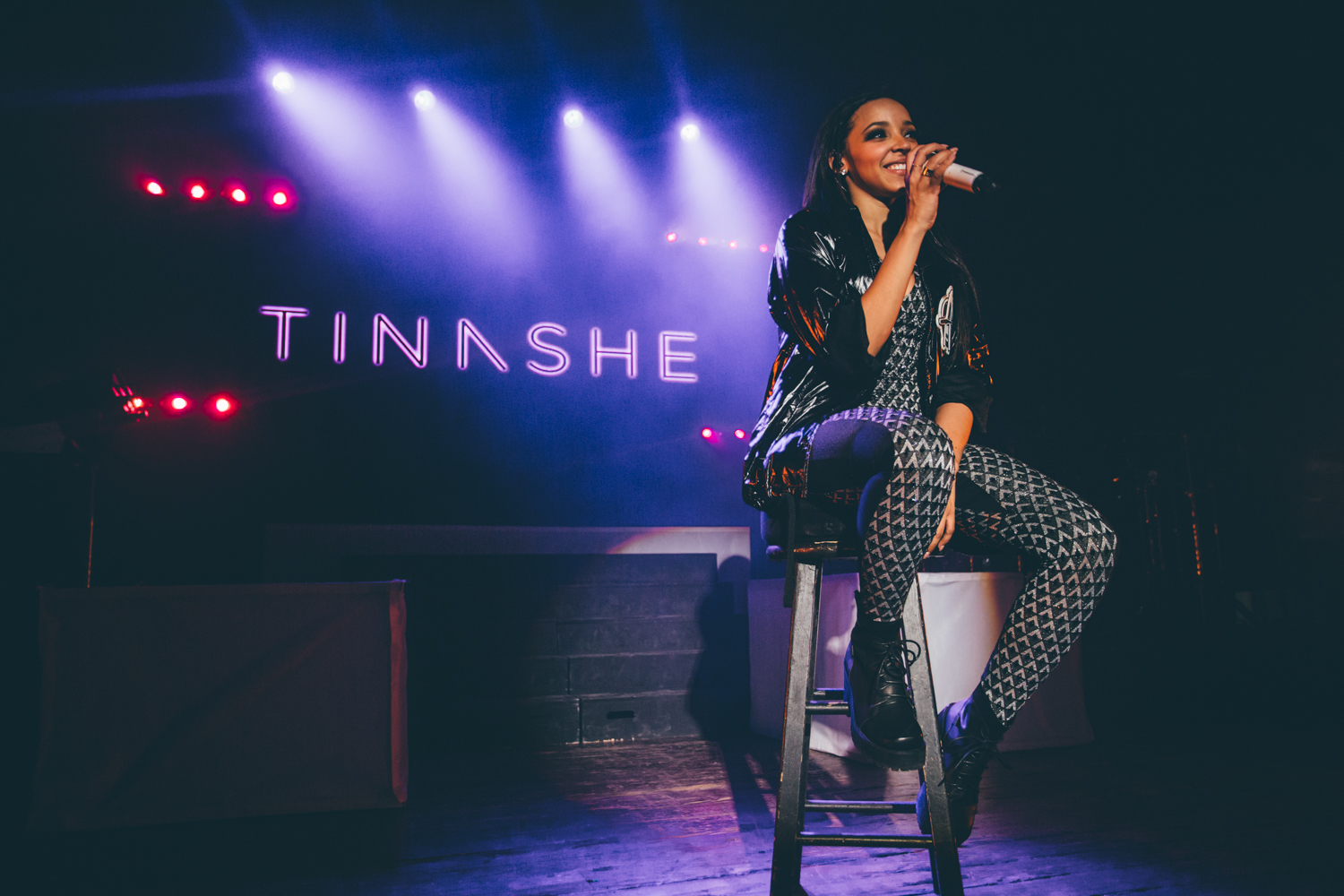 Last time we saw Tinashe she was on tour promoting her single and video for “2 On.” This time around she’s giving Chicago a show at the House of Blues for her Joyride World Tour. On the 3rd stop of the tour, we got the opportunity to go backstage and experience her flawless soundcheck. We also interviewed tour opener, Jahkoy, who played an game of FMK and chose to marry his tour mate, which we can’t blame him for. 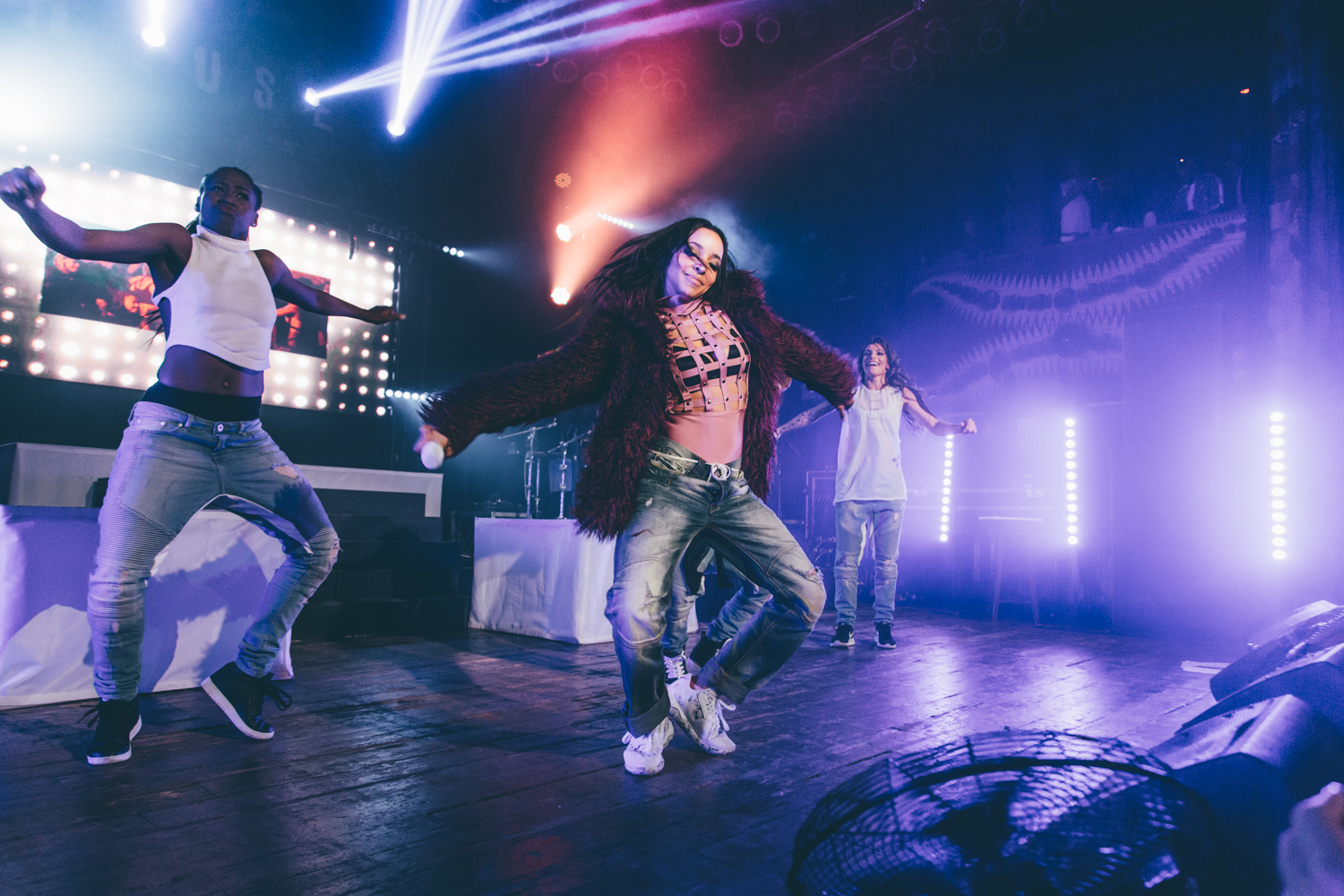 The time was 7:45PM when Tinashe was about to appear on stage for the first time in Chicago. She opened the show with her latest single “Ride Of Your Life” and transitioned into “Party Favors.” Dressed in a bomber jacket, sequined bra and a pair of NSW Nike Sweatpants for the first half of the show moving to even the smallest nuances in the sly, slinky tracks all while keeping an intact vocal arrangement is stunning.

During the hour set, Tinashe skimmed through her extensive catalog from her mixtapes, debut album Aquarius and some new records from the upcoming LP Joyride. She performed tracks like “Far Side of the Moon,” “Bet,” “Dreams Are Real” and slowed it down to a cover of Janet meets Selena Gomez “That’s The Way Love Goes / Same Old Love“.

Tinashe has solidified a slot in the game with this tour differentiating a high level of energy, sass and intricate dance numbers. Tinashe is currently on tour until May. Check out the following tour dates + view the set list for the show below.

Kehlani Releases New Single ‘Did I’

KAYTRANADA Featuring Tinashe | The Worst In Me

Tinashe | Save Room For Us