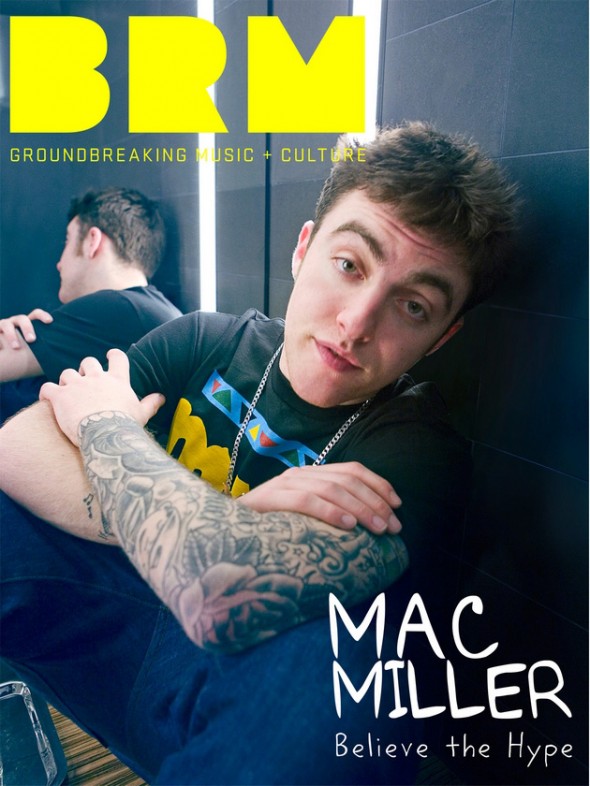 Mac Miller appears on the cover of the July 2011 issue of Beyond Race Magazine. The pittsburgh native rapper talks about his recent success, being on tour, and his beginning interests in hip-hop. Check out a few excerpts + photos from the spread after the cut.

First off I’d like to ask about your name. How did you come up with Mac Miller?
There’s no real meaning behind it. My name is Malcolm and Mac has been my nickname my whole life. Miller is a family name… I just wanted a regular name that any regular kid could have.

What is it like being on tour? What does your day consist of?
The day consists of waking up early from like less than three hours of sleep, going in a van, driving to the next spot, going to the hotel, catching up on sleep, waking up in time for the venue, heading to the venue, performing… this is the best part. And then hanging out for a little bit, partying, then doing it all again the next day.

Do you remember your first encounter with hip-hop?
My first in encounter, that I can remember clearly, is when I was really young. I want to say like eight or nine… my brother had gotten an Outkast album. I just went into the room and locked the door and put the CD in. They had all the lyrics inside the album cover and I tried to rap along as best as possible. 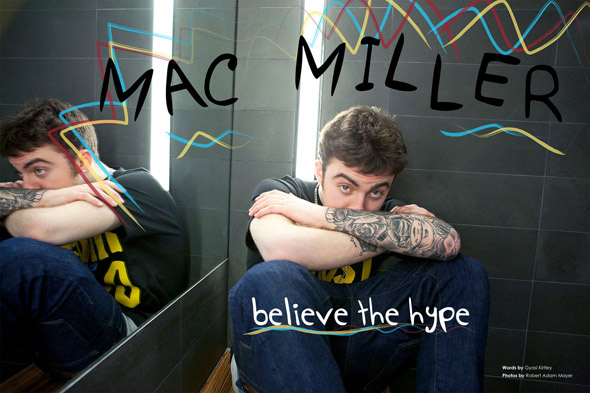 Are you nervous about freestyling?
I’m not nervous. I don’t freestyle as much as I used to. That was all I used to do… now I just write, write, write and work on composing songs. I fell in love with the art of composing a full song. I still freestyle for fun, but usually you have to get me drunk first [laughs].

What are some of your writing techniques?
I don’t really have many techniques. I just go with the flow of everything… I like being in the studio when I write. That’s always a great place, because it’s a real comfortable environment. It’s my natural environment, it’s my home. I can just relax and write… every now and then I’ll go in the booth and I won’t write. I’ll just think line by line. That’s rarely, but every now and then I’ll do that.

How do your friends and family feel about your success in the rap game?
They love it. My friends love it, obviously, because they’re a part of it. My family loves it too. They’re proud to see me really doing what I love to do, and it’s cool because they got to see it from the time I was four years old, in love with music.

What’s the deal with Most Dope?
When I started focusing on my own career, I kind of created Most Dope as the team that surrounds me. Everyone that is my best friend is part of Most Dope, and we all work together to achieve our dreams.

Anybody you’d like to collaborate with?
Rap-wise, I’d love to do a song with Andre 3000, and I’ll say that until it happens [laughs]. But I do want to do cross-genre stuff. I would love to make some music with G-Love, who has a real dope style, or someone like Beck is real cool. I’m not opposed to working with anybody. If someone’s down to bridge gaps, and stretch the boundaries and try new things, then I’m down to be a part of it. 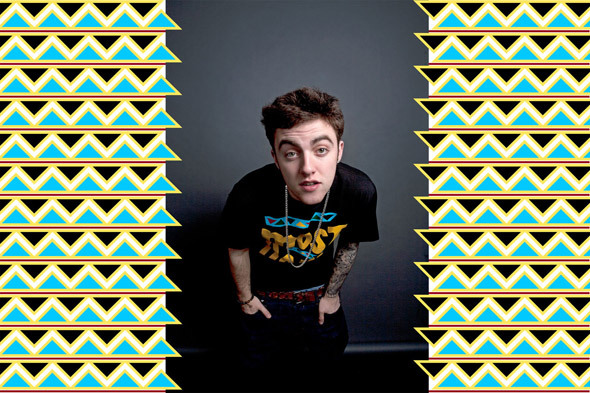 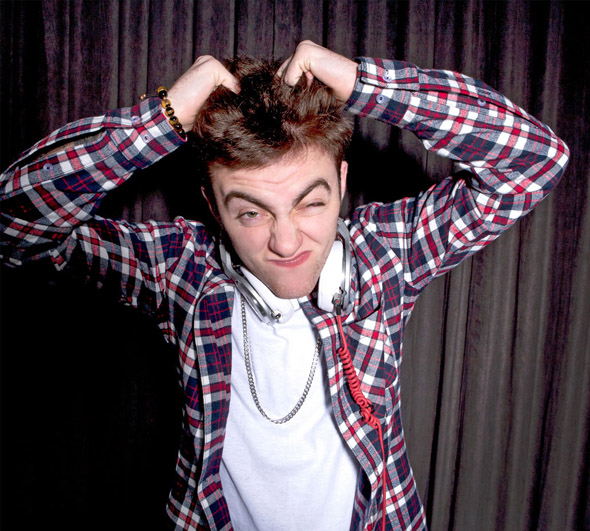 What do you see yourself doing in five years?
Making more music and traveling the world. I’m ready to leave the country, and go overseas and see what it’s like over there. I just want to make music that everyone can sing along to.

As a fellow cartoon junkie, I just have to ask: What’s your favorite cartoon?
Rugrats is still one of my favorite cartoons of all time, just because, if I had to associate myself with one person, it would be Tommy Pickles… Tommy Pickles was a good ass dude. Tommy Pickles used to share everything with his team. He would get like a mud pie and be like, “You know what? I could eat all this mud pie. I made it, but I’m gonna give everyone a slice, for no reason.” It goes to show that you can still be a kind person and win.

If you had a mic and the whole world was listening, what would you say?
I’d say, stop thinking so much. I feel like the world thinks too much… for the most part, I think that some people just need to stop thinking about everything they’re doing, and just do it. But who wants to take advice from a 19-year-old kid? 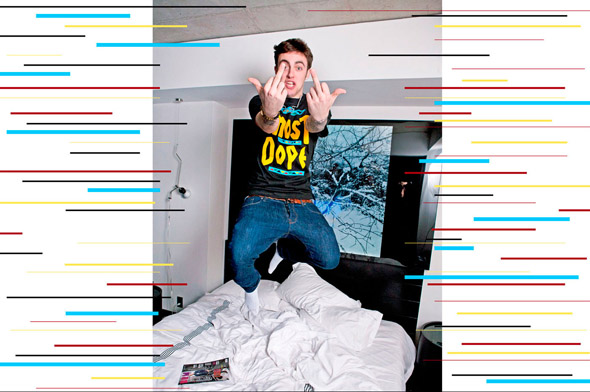 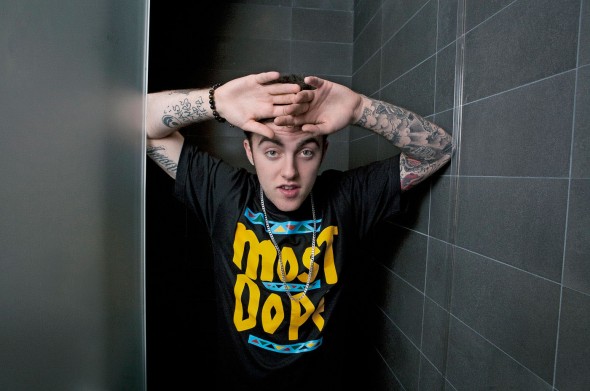