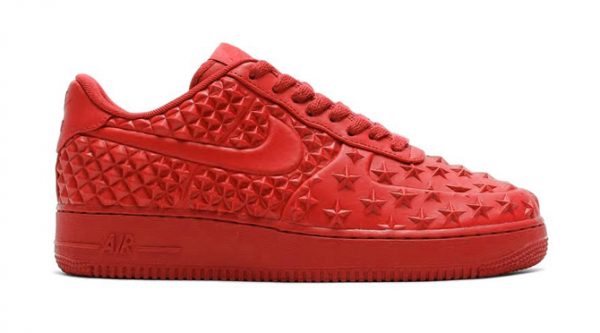 Nike Air Force 1 takes on a patriotic transformation in the LV8 VT Star Pack which comes in four colorways: Gym Red, Midnight Navy, White and Black. According to Hypebeast, the sneakers are already available at Kinetics in Tokyo but should be at NSW retailers in time for Independence Day (July 4). Check out more details from the sneaker below. Nike to Recognize Juneteenth as a Paid Company Holiday