British music video director DAPS is a hip-hop visual architect, who’s responsible for Migos most prolific visual pieces, talks to us about his start in the industry. 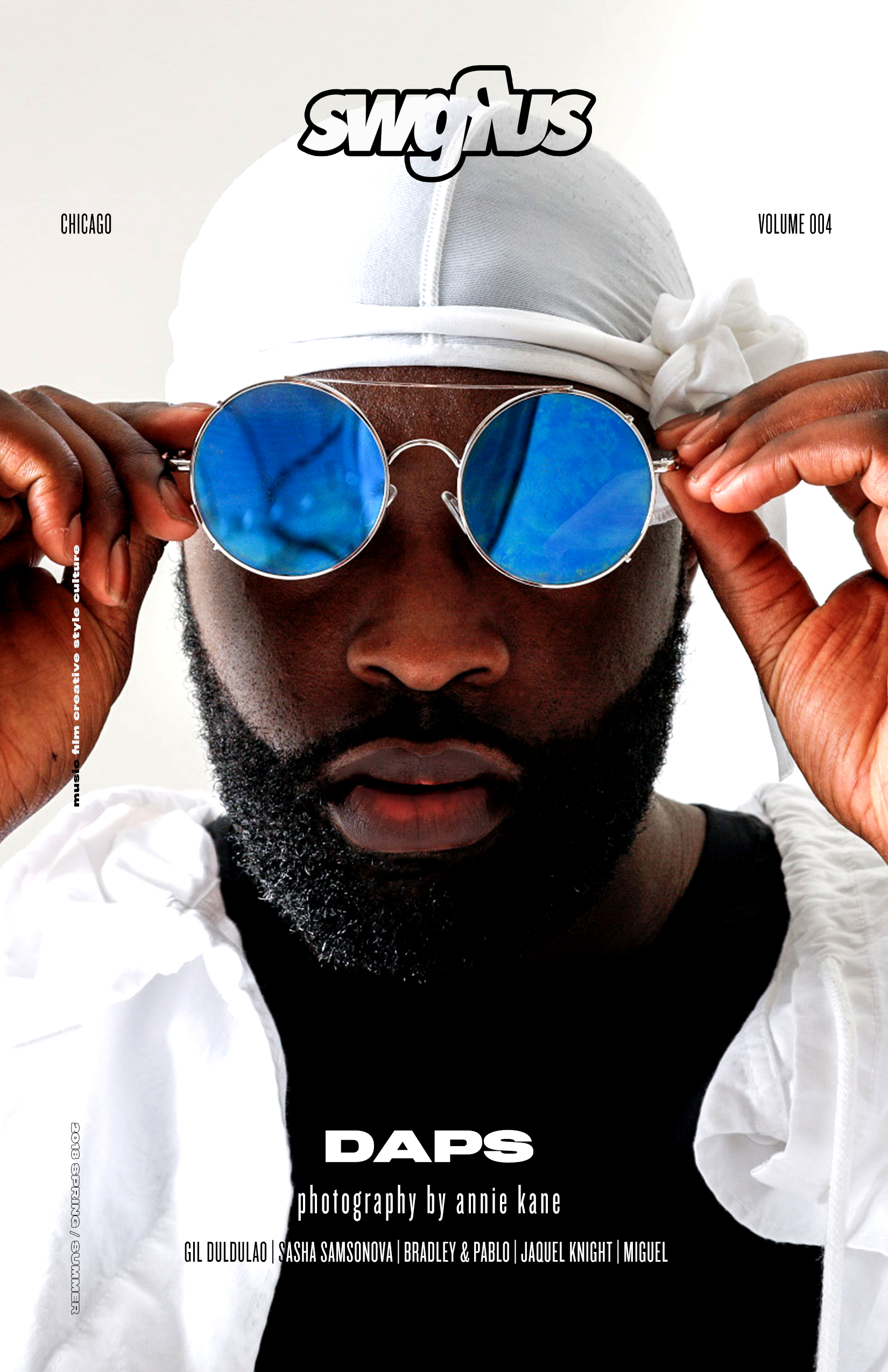 I met DAPS in a local breakfast spot in The Valley earlier this year as he just premiered his visual with Quavo’s “She For Keeps” featuring Nicki Minaj in January earlier this year. Our conversation started about his last work + play vacation, his recent music videos and advice to aspiring music video directors.

You just got back from Mexico, how was it?

Mexico was cool. Just handled some business out there. It was a work-related trip but took a mini vacation while I was there. Seen some ancient caves … Mayan ruins … all kinds of things.

What part of Mexico did you go to?

I was in Mexico City for two days. Then I went to Tulum for about three days then Cancun for two more.

Do do you have a direction of where you want to go in reference to culture?

I want to be more like Virgil Abloh. He’s like a cultural architect. Everything he shoots, it goes in. He can’t miss. 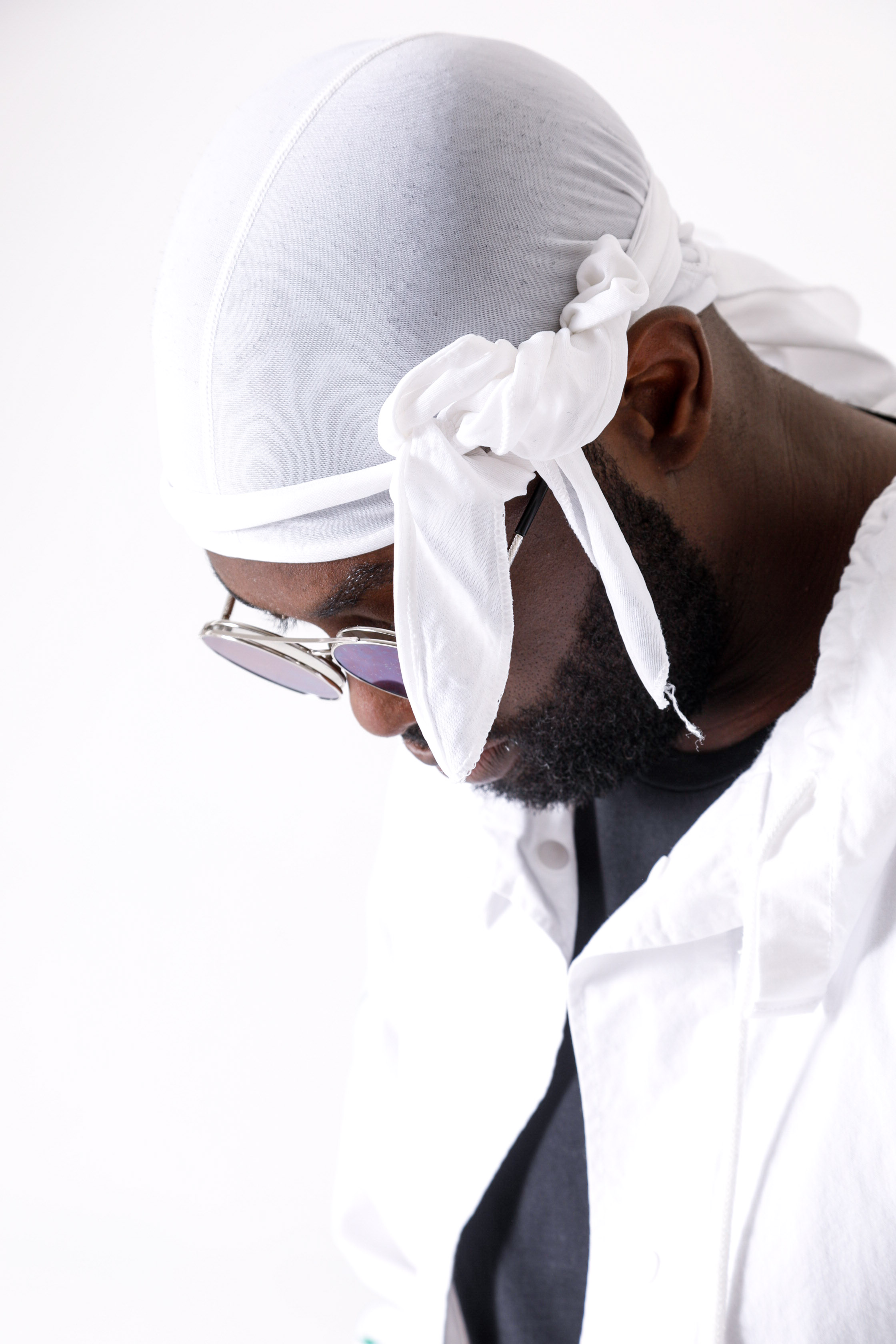 A lot of that having to do with him having no bounds on things he can’t do.

The man just did a collaboration with IKEA! That’s the type of executions I want to do.

Y’know Virgil was Kanye West’s creative director for a while and stemming from that more people wanted more from him.

He did it in such a way where we don’t have to associate him with Kanye West.

I’m trying to figure out how to get to that point. That’s the next level for me. I’m trying to figure out for me, the source, I have in Lagos and London. I want to do that exact same thing in Los Angeles. They believe I’m an anomaly. But in America, I’m not an anomaly. In America, I’m the, “Oh, that’s the creative guy that did ‘Bad & Boujee’.” Right now, I have to figure out how to transfer that energy I have back home to L.A. and I don’t know what is going to take me to that point.

I want to get to a point where you can be celebrated just for being you. But you have to be careful how you maneuver. You can’t be in the spotlight too much. I want to have a slow burn. If it happens too fast … treacherous. Everyone leaves their hometown and turns into leeches. The guys are worst than the girls. I like being alone to too. I don’t need validation in that way.

Chicago used to be notorious for the city that would ‘hate’ for various reasons but it’s transforming in a way due to the positive changes happening in the city. 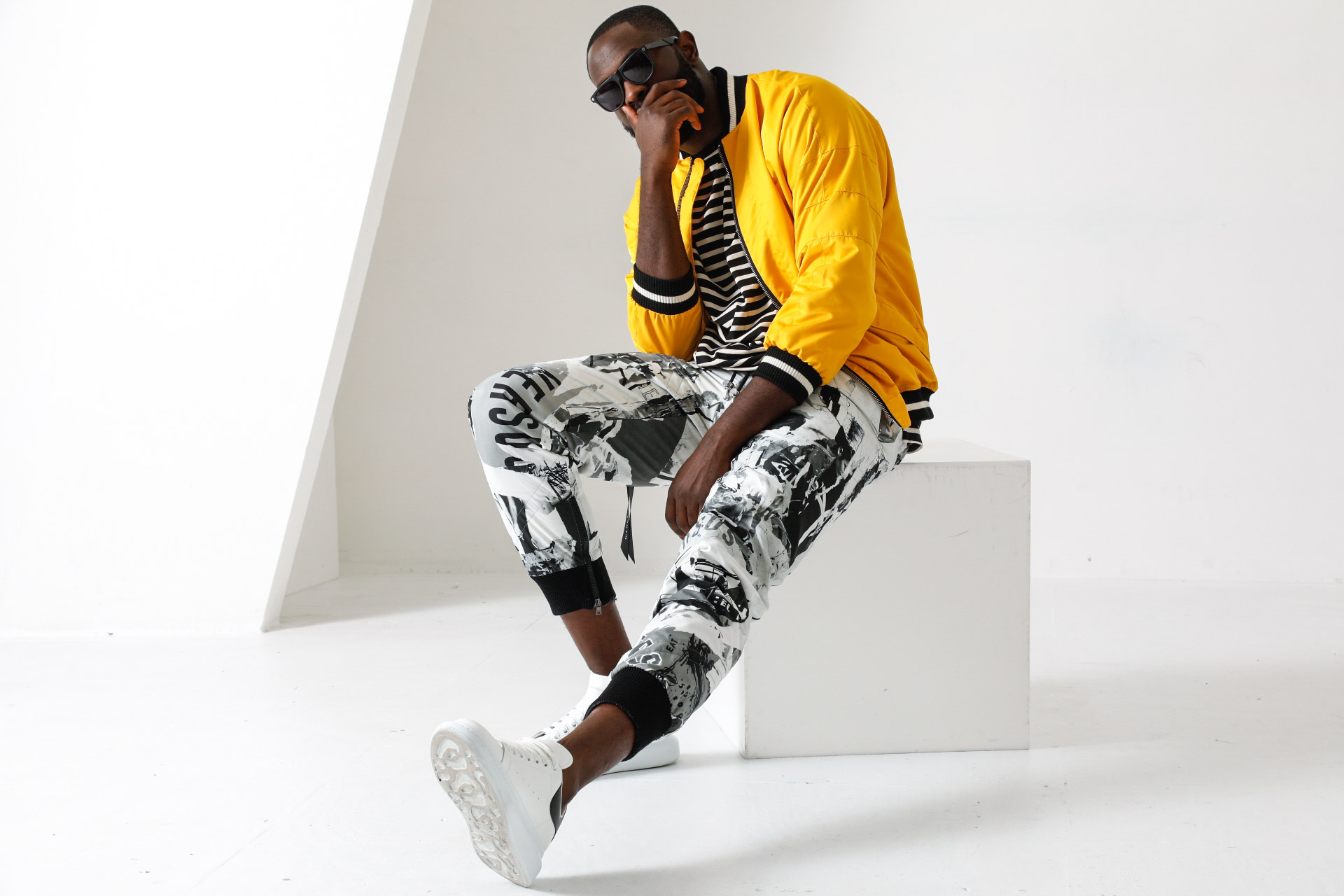 Where did you grow up?

I was born in Nigeria and grew up in London.

How old were you when you left Nigeria?

I was about 3 years old. I used to travel back and forth to both Nigeria and London. Both are hometowns to me. From 6 to 17 years old I lived in London.

Growing up in London, how did that influence your art form?

Everywhere I go influences my art form. I’m just glad I’m from where I’m from because you get to see different worldviews. Different perspective. It’s funny because American sound still runs entertainment but there are more African and European influences within American pop culture. Everyone is doing this dancehall, reggae, afro-beats sound so I’m lucky to be from Nigeria and the U.K. because I understand that sound and culture.

So that hones on my capabilities and knowledge to be able to do a trap music video. I can do an afrobeat-related music video. No one has done that before where they are so intersectional that can touch and breathe culture at the same time.

When did you discover you had a gift for videography? What did you receive your Master’s degree for?

When did you realize I’m going to develop this skill professionally? What was that moment?

It kind of happened by chance. I was doing videos for myself with my own music. While I was doing that, people started noticing the videos. People in the US started to notice my work. As long as I’m creating something I’m fulfilled. It’s like magic to me. To see something become a thought in my head to something tangible and objective … I’m a fucking magician bro. So, it was just another outlet to create, naturally.

So you were directing music videos for yourself and then people were reaching out for you to concepts for them is funny. The inception of loving a song, visuals are a big part of that process, you were simultaneously an artist and visual director that everyone was admiring. You basically are a self-taught director?

I’m self-taught, yes, but I had to be on set with other people to learn. Before I was directing, I was producing music videos so I was learning on the job. I was producing for big-time directors and learning how they do things. I had to take in all that information and make a voltron.

Busta Rhymes, “Put Your Hands Where My Eyes Can See,” Michael Jackson’s ‘Bad,’ Tupac’s ‘California Love,’ Dr. Dre ‘Nothing but a G Thang,’ Notorious B.I.G. ‘Juicy’ all of those videos. A lot of Bad Boy videos too were crazy. The Bad Boy era was different. Polished. Then you had Ma$e in Vegas with the Lox in ‘Feels So Good’ … shit looked crazy.

Yes. Bad Boy made it so that you wanted to live their lifestyles so bad.

Then Ludacris in the 2000s. He pushed the envelope on crazy music videos.

Especially for male artists representing the south; he definitely created on a level that was creative.

Yes, those movies are dope.

What was the first music video you directed?

Glowstix & Lollipops was the first music video I directed. It was a one day shoot in a club. It was a lot of glow sticks and lollipops. [laughs].

I liked the Cigarettes & Kush video you directed for Stormzy.

Hahaha. Thank you. I enjoyed creating that piece.

I loved your use of colors in that video. Any artist you desire to work for?

Absolutely. That’s all you really have to say.

Drake at some point and I also want to work with some pop artists.

Do you plan on doing long-feature films?

Of course. Television is next for me creatively. But I want to do a full film.

What are some of your favorite television series on air right now?

Power. House of Cards. Mr. Robot is shot well. Game of Thrones. Those are the main ones that I’m inspired by.

On a scale of 1-10, how important would you gage visuals as a component that’s important in an artist’s career?

It depends on where you’re coming from, man. It’s actually very important in general. It depends on where you’re coming from because a place like the UK music videos are everything. You’re not popping off without a good video. I can’t tell you the last urban song in the UK that went crazy before the video. It’ll bubble a little bit but it won’t skyrocket until after the video.

Whereas in America, a song can skyrocket without a video. ‘Panda’ went crazy without the video. Cardi B’s ‘Bodak Yellow’ crazy before the video. The video helped but that wasn’t the thing that pushed it. It’s very important.

For aspiring directors, what type of equipment would you recommend owning?

I never owned a camera. I still don’t.

So what are your tools that you use?

I’ve never owned a camera I’ve shot with expect my iPhone. But it depends on what type of director you’re trying to be. The irony is I always wanted to own my camera. I wanted to get my Canon 5D but me not getting those things at the time helped me to get to where I am right now because I had to be resourceful.

Whatever you have access to that’s what you’re going to use. If you don’t have it, you’re going to find a way to get what you need. So the irony is, a lot of time you’re running around with your own camera — stuck in that low budget scene. Someone might want to give you a couple hundred dollars to shoot a video… why not? I always wanted that but I’m so happy I didn’t ever buy a camera. It’s so funny because people that would shoot way more than me would burn out versus me taking my time to shoot better videos and end up where they were in a longer time.

But because I didn’t have as much work, I started directing my own music videos as an artist. I’m glad I didn’t go that route but all depends on who you are and who you what type of director you want to be. 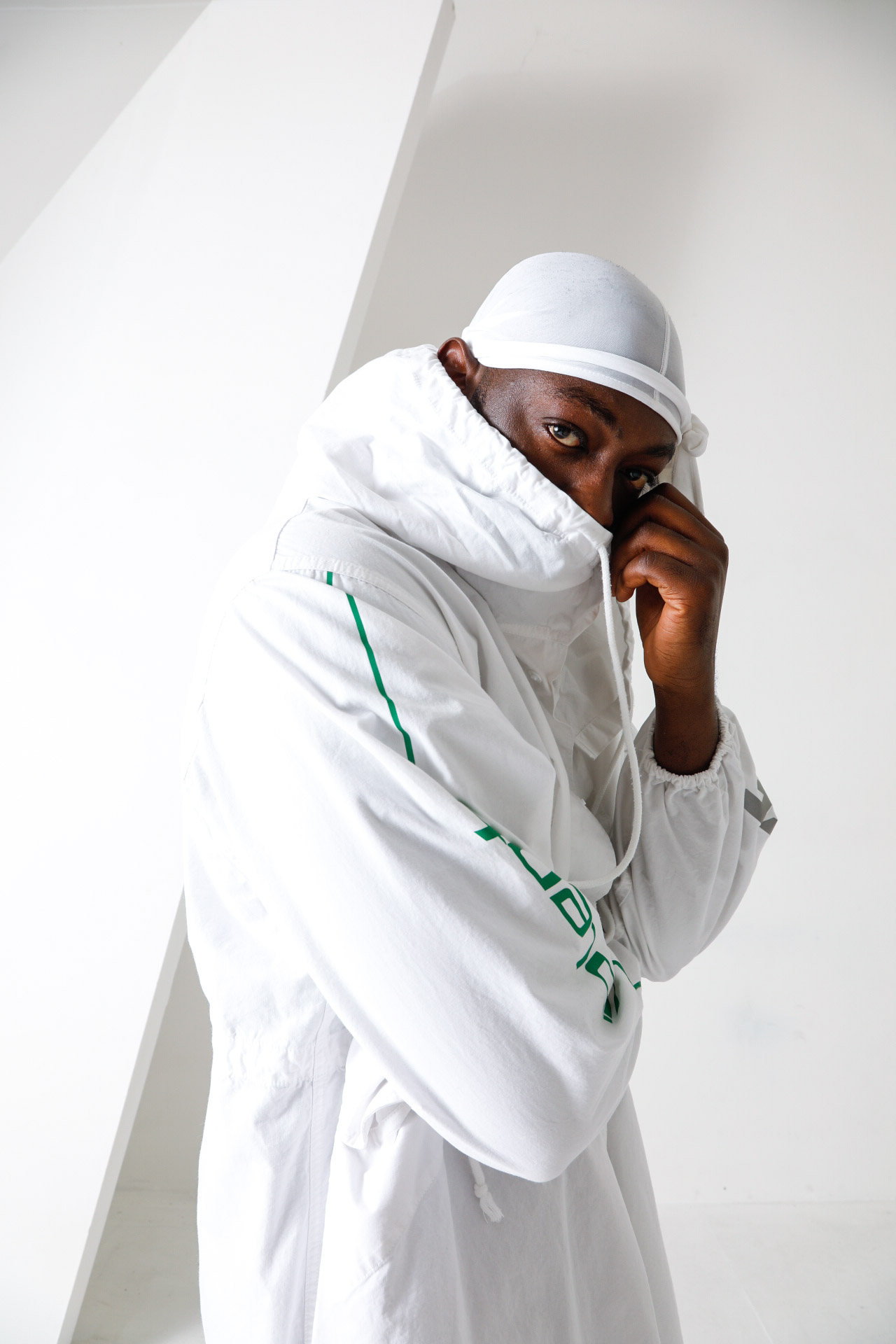 So what would your advice be?

My advice is nothing technical — be personable. Regular life stuff. The other things that school doesn’t teach you: shake hands. Look people in the eye when you greet and meet them. Shadow people you aspire to be like.

Do you constantly evolve with technology or you do stick to your go-to?

Yeah, I guess so. My favorite go-to would be the ARRI Alexa Mini but whatever comes out in the future you’ll have to learn how to adapt.

Do you get better resolution if you shoot in 4K for edits?

Yeah, sometimes I shoot in 6K or 8K to deliver the shot at 1080P but punch in on that mid-shot for a more diverse options in the editing.

Do you ever do music videos for local artists?

Sometimes but they’ll have to catch me.

Do the budgets vary for hip-hop versus pop artists?

It depends. Some pop stars are getting the same budgets as hip-hop artists at the moment. Drake and Kendrick Lamar have massive budgets. Taylor Swift video budgets are huge but so are Beyoncé videos.

You just shot a Lil Uzi Vert music video with Nicki Minaj. How was that?

It was dope. He’s a dope artist. Well, originally Nicki was supposed to be the lady in the forest but we had a model stand-in due to scheduling conflicts.

What’re your final thoughts to the many people who admire your work?

Keep pushing and remember you sometimes have to use cheese to catch a snake.

Motown’s Chiae Returns with the Sexy Visual for Cash Out