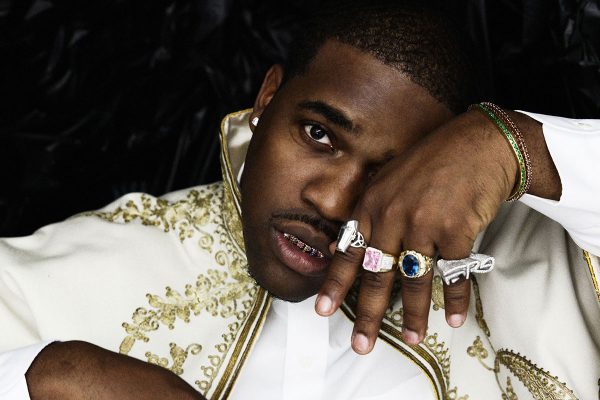 While appearing on The Breakfast Club, A$AP Ferg was asked to speak on the accusations facing fellow A$AP Mob member, A$AP Bari.

Bari got put in the hot seat back in July when a video surfaced that appears to show Bari forcing a woman perform oral sex on him. When asked about the situation, Ferg had this to say, “We don’t condone that kind of behavior.” Even though not directly involved, the Hood Pope described the impact it had on the group as a whole, “Whenever they showed the video or spoke about it on YouTube, it would be ‘Shabba Ranks’ B-role in the back of my video and it’s like ‘damn, I ain’t have nothing to do with that shit. “But what happens is you guilty by association,” added Ferg. According to Ferg’s statement, Bari is still a member of A$AP Mob but the group did have to “sit him down” to discuss the video.

Last week Ferg released his Still Thriving mixtape, which is on our Queue, and A$AP Mob is releasing the second installment to the Cozy Tape series, Cozy Tapes Vol. 2: Too Cozy, on Friday. Watch the interview below, and skip seven minutes in  for the discussion of Bari.