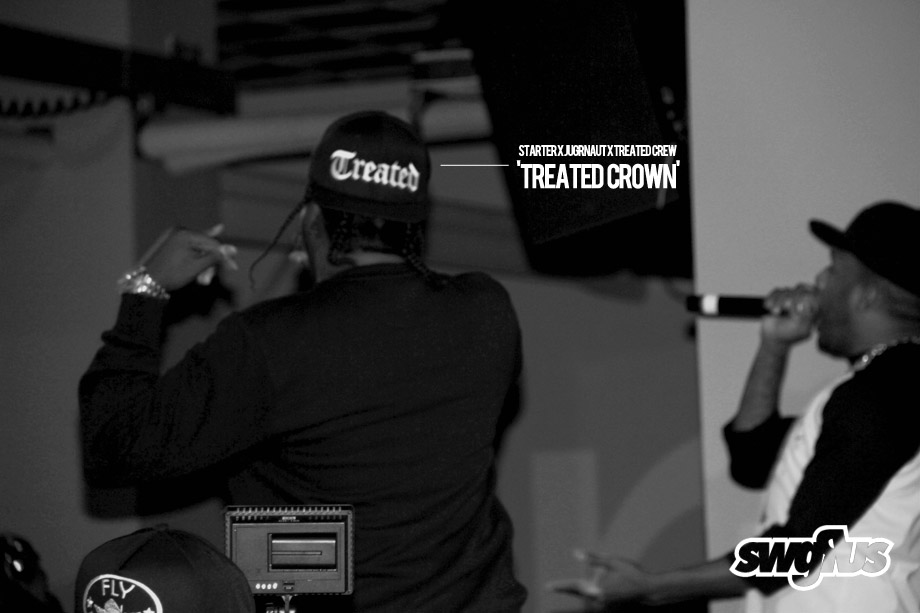 [one_one]Pusha T headlined The After-Party featuring femcee Nitty Scott. Pusha greeted Chicago residents properly with his verse on the notorious Young Chop-produced single, “I Don’t Like,” from Chicago-native Chief Keef. Pusha T also performed his verse from one of my personal favorite records, “Runaway“. During the performance a star-struck fan occupied a iMac computer screen to type in Microsoft’s Word her 7-digit number to garner attention from the G.O.O.D. Music signee. Pusha T replied with a wink, “I got you!,” which led to more adoration from the fan. [/one_one] [one_one]Pusha was dressed in his own signature streetwear label, Play Cloths, sporting the Township Crewneck in Caviar also donning an OG Jugrnaut x Treated Crew “Treated Crown”. Push specially announces to the crowd mid-show, after performing his new single “Pain” featuring Future, that the name of his upcoming LP is My Name Is My Name which is due in stores the 2nd quarter of 2013. [/one_one] [like] [tweets]