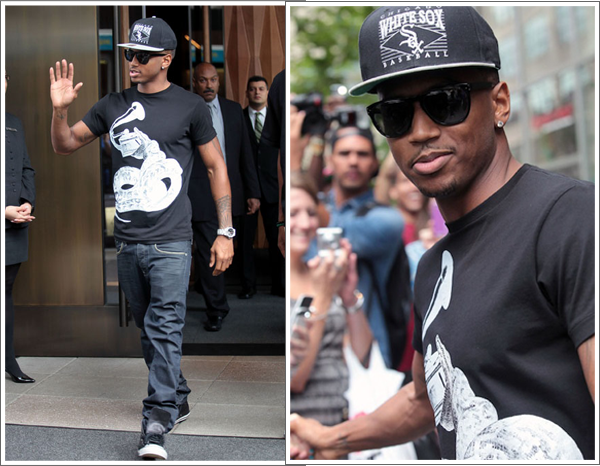 Trey Songz was spotted leaving his New York City hotel rocking a White Sox snapback along with a pair of Oliver Peoples shades on Tuesday (Aug. 16) promoting the release of Rocawear’s new fragrance “Evolution“. Trigga is also working on an upcoming album titled, “Chapter 5,” which is due in stores sometime next year. Take a look at the rest of the spottings from Diggy, Usher, Rihanna and Lil’ Wayne. 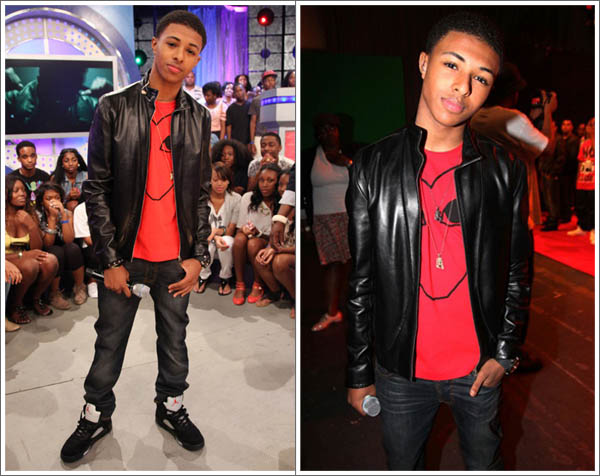 Diggy was seen posing in front of the crowds at BET’s 106 & Park last Wednesday (Aug. 17) promoting his upcoming debut album as his co-hosted the popular music video countdown. Diggy was rocking a classic Comme Des Garcons Play tee along with a pair of Air Jordan Retro 5 sneakers.

Rihanna was photo’d blowing kisses to the paparazzi while out on vacay in South of France with some close friends and family Monday (Aug. 22). While Rihanna was there she performed at the V Festival in London over the weekend. 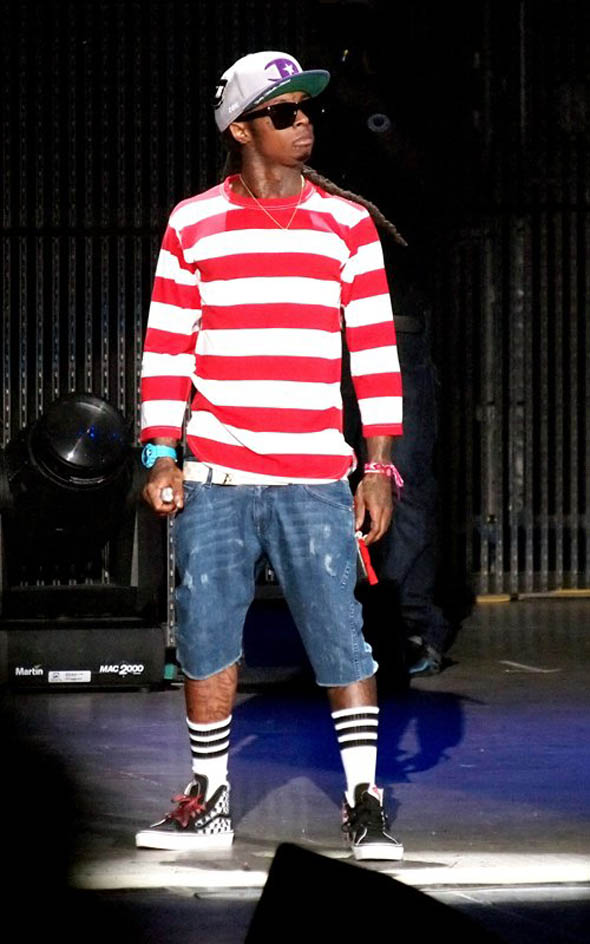 Lil’ Wayne was seen dressed like a skater on stage at Molson Amphitheatre in Toronto, Canada for the “I Am Music Tour” last Friday (Aug. 19). Weezy will be performing at this year’s MTV Video Music Awards which airs live Sunday 8/9c. 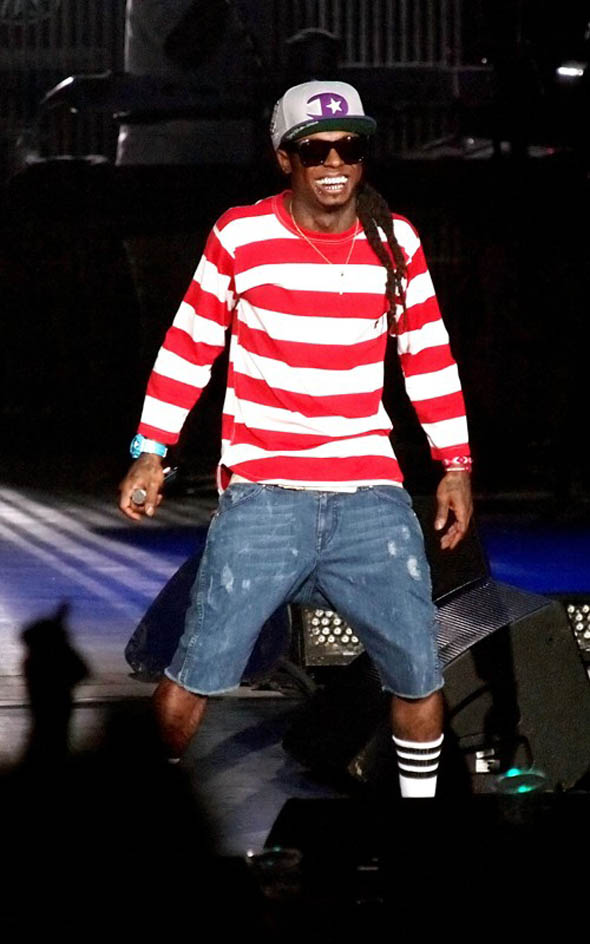