Jaden Smith‘s debut LP SYRE is a collection of music but also a reflection of his own coming-of-age testimony.

It comes as no surprise that Jaden Smith’s debut album ‘SYRE’ is compiled of eclectic beats, a wide array of genres, and lyrics that make you question– well just about everything. No matter what medium Smith finds himself using, his fascinating and somewhat irresistible personality and ideologies come through, whether it be in the Netflix original, ‘The Get Down’, the anime series ‘Neo Yokio’, his entertaining Twitter feed, or his debut album.

The album didn’t come to life overnight. Smith began this project at the age of 16 and released it three years later. ‘SYRE’ is a personal work of art for multiple reasons, all stemming from a deep and vulnerable place within the mystery that is Jaden Smith’s mind. Smith went on a personal journey while perfecting this album and said, “It really is the story of me coming to be a young adult, and it wasn’t easy at all.” Ever since he was a child, Smith has been thrown into the public eye whether he wanted it or not and for most of that time his sister and himself have done a decent job trying to stay private. ‘SYRE’ is not only the album title, but Jaden Smith’s middle name as well, this is just one of the components that makes this 17-track album a deep look into the life of Jaden Christian Syre Smith’s life. The album begins with an eerie story telling of the creation of man by Willow Smith, on the song “B” which is the first part of the four-track song “BLUE”. Smith had made it clear that he looks up to various people within the music industry, one of them being Kanye West, and how he has a collaborative aspect to his process. Whether it was listed on features or not, Smith created this album with the help of those who are closest to him, starting with his sister Willow Smith, and his girlfriend Odessa Adlon.

It has been less than a month since ‘SYRE’ was released, and it doesn’t take a genius to notice that this album has received mixed and somewhat confused reviews. Anybody who knows anything about Jaden Smith was expecting this type of lyricism and creative individuality, yet people were still shocked and disappointed by it. Throughout this entire album, Smith was unapologetically his introspective and sensitive self. The track “Ninety”, is a seven-minute long song that expresses Smith’s ultimate longing and search for the perfect relationship. He gave a statement that explained how the women in his life have given him infinite inspiration and ongoing knowledge.

Cleo Sol | The Rose In The Dark

“My mom taught me different values. And my sister teaches me different things every day. My sister and my girlfriend and my mom… all of these women in my life show me what it’s like to be a woman and how much I don’t understand, and how hard it can be sometimes… the misogyny in rap music right now, [is] degrading and it’s hurtful and it’s not pushing the art forward.”

People often look at what Jaden Smith says, whether it be in a tweet or in his lyrics and automatically categorize him as corny or overzealous. Smith isn’t either of those things, he is just a 19-year-old who believes he can change the world. Jaden Smith realizes that he has more impact than the average teenage does due to his platform and he has chosen to use it in a way that can hopefully create a positive impact on the world and the people in it. ‘SYRE’ is just one artistic component that Smith has created so far in his never-ending journey to better himself as an artist and human being. 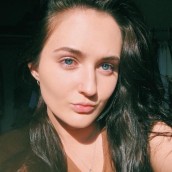