[one_one]Roc Nation‘s very own J. Cole comes back to Chicago for an annual event, sponsored by urbanwear clothier DTLR, entitled Surround Sound of Fashion. SSOF is a platform for local designers and models to showcase their clothing and promote their current endeavors while participating in a runway show.[/one_one] [one_one]J. Cole took time before the show to meet-and-greet with press to answer questions regarding the latest visuals of his single, “Power Trip,” featuring Miguel, features on the upcoming album Born Sinner and his thoughts on the latest terrorist events in Boston. J. Cole revealed that he doesn’t like to tell too much about features from his upcoming projects, “I don’t even like telling! If it was up to me, I wouldn’t even put out a single, I would just drop the album so everybody can be surprised,” J. Cole said after being asked about collaborations on the upcoming album.[/one_one] 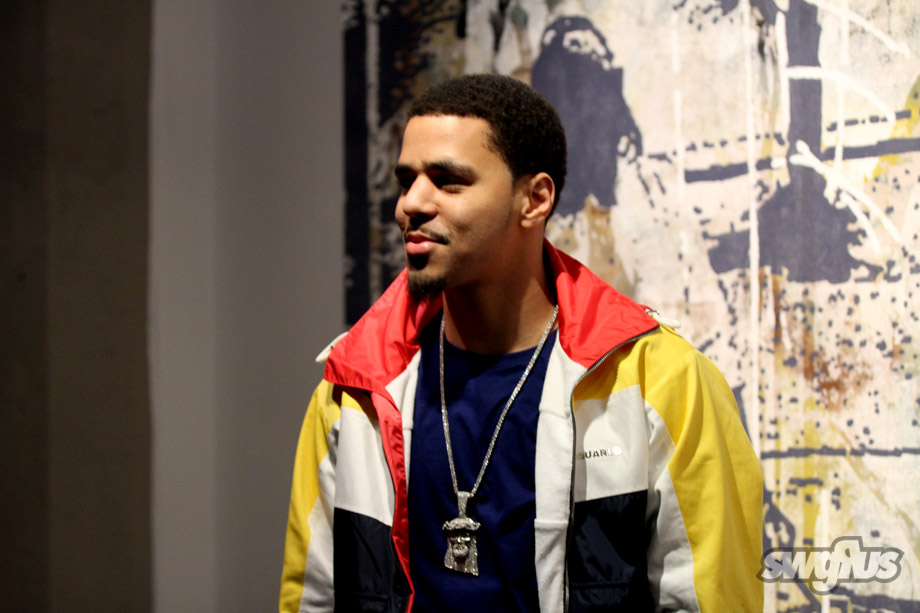 [one_one]J. Cole also touched base on thoughts about the artistic expression in his latest video. In case you haven’t seen the video, J. Cole fiends for a woman he’s stalked and murders the boyfriend, played by Miguel, and buries him unremorsefully. After being about feedback from the visual of Power Trip, Cole responds, “I’ve been getting a great response,” he continued, “My favorite responses are when people say ‘What just happened?!’ I love when people respond like that or even a response like ‘I don’t like the video, its not what I was expecting..’ That’s what I like.” J. Cole also discussed his thoughts on past videos that he felt could’ve been a lot better, “I was so caught up with the pressure of just trying to get [the videos] out that I didn’t have the time to come up with cool ideas for the videos.” he continued, “Like, I watched “Work Out” yesterday and was like it’s not as bad as I thought but it’s just a run-of-the-mill , you can insert any rapper there. Power Trip is the type of videos I want to do from now on.”[/one_one]

[one_one]During the event, J. Cole was dressed in a DSquared Multi-Colored Jacket while performing hits like In The Morning, Can’t Get Enough, Work Out and Nobody’s Perfect while running up and down the runway. Take a look at the photos from his performance in the gallery below.[/one_one]