[one_one]”Raw in rare form” are a sum of words that can begin to identify with Australian rapstress Iggy Azalea. After being the one of the first female artists to show up on the XXL’s Annual Freshman list and the being the first of ‘her-kind’… Australian that is, Iggy sheds new light on the phrase: the first to do it. T.I.‘s co-sign landed her apart of Grand Hustle‘s roster alongside B.o.B. in which they all rhymed during the 2012 BET Hip-Hop Awards cypher. The unfiltered beaut is stretching her talent in front of the camera under the prominent modeling agency Wilhelmina International Inc. With being the ex-girlfriend of A$AP Rocky, Iggy illustrates her trillness bar-after-bar on her latest mixtape Trapgold.[/one_one] 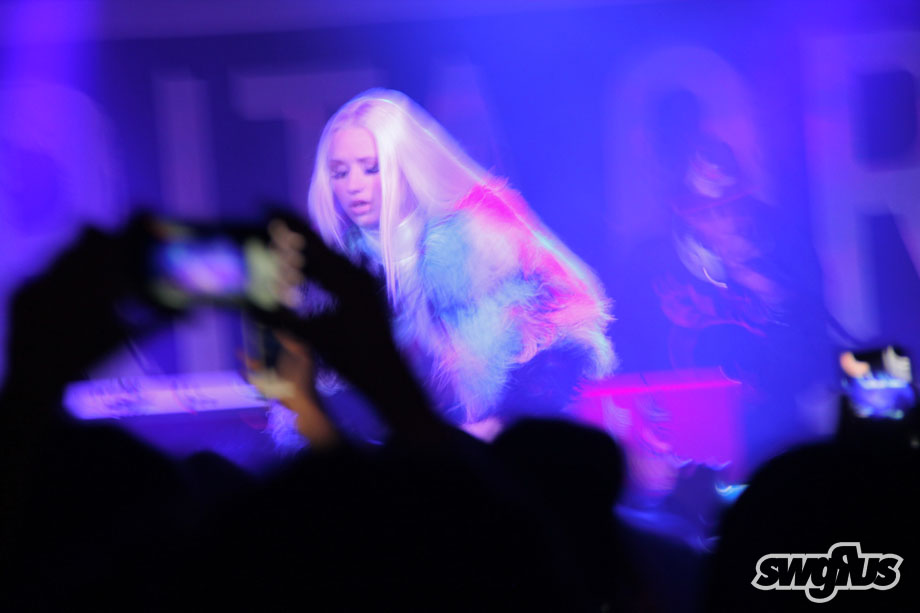 [one_one]Iggy opens the MTV Presents: The ORA Tour at the MID in Chicago with her infectious track, “My World,” from her 2011 mixtape Ignorant Art which spouts out lyrics, “My World / Rhymes vicious / White girl / Team full of bad bitches“. Dressed in a multi-colored feathered faux fur Iggy storms the stage with demanding presence full of high energy as the bass fills the room of the halloween-themed nightclub.[/one_one] [like] [tweets]