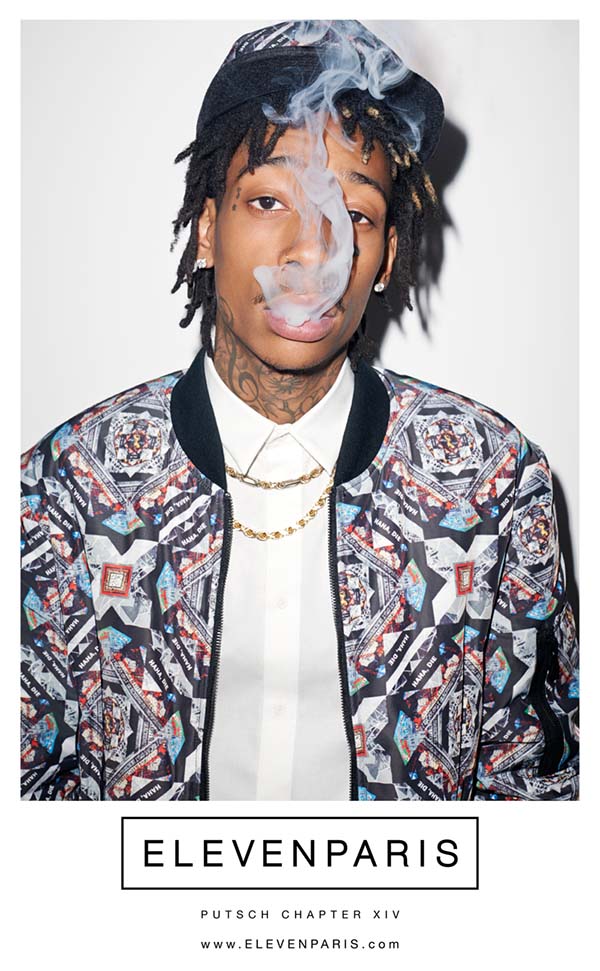 French label Eleven Paris selects Wiz Khalifa to push their campaign for the fall 2014 season. Shot by Terry Richardson, Wiz chose his favorite selections from the Eleven Paris Fall 2014 collection to be photographed in. In the campaign ads, Wiz is shown wearing a leather biker jacket, two bomber jackets, and a floral printed tee shirt made by the European label.  Take a look at the alternate campaign photos and a behind the scenes video recap of the photoshoot. 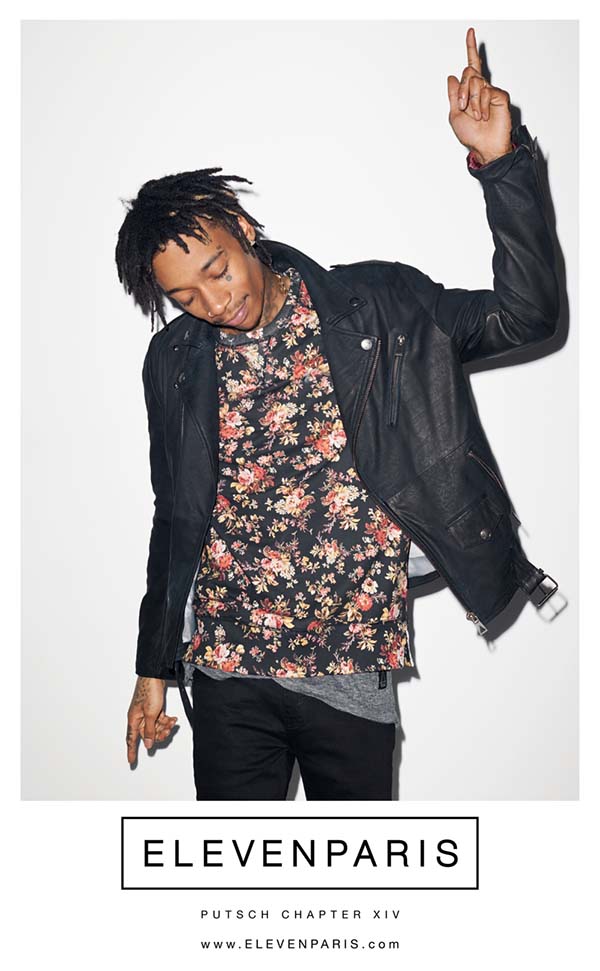 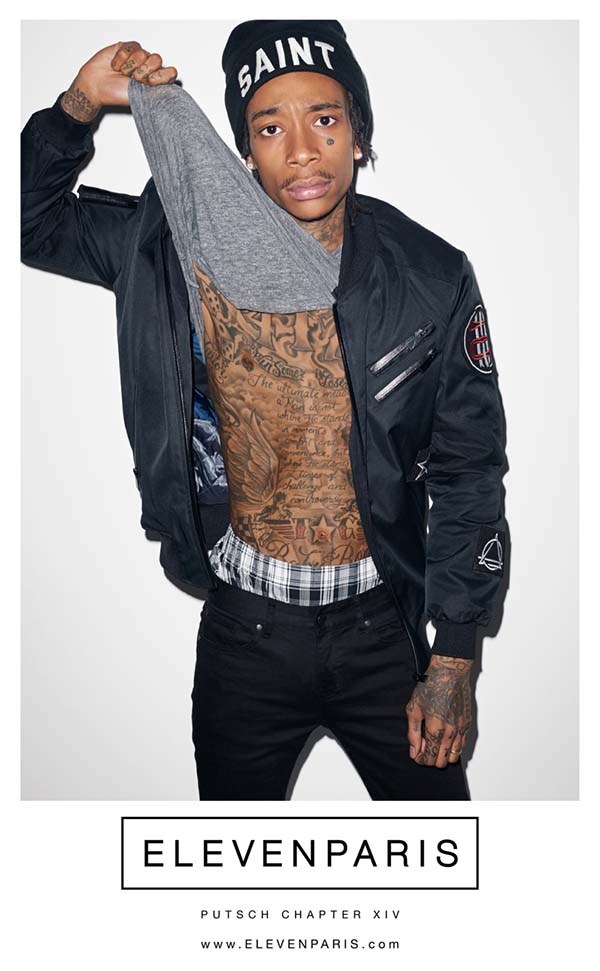 Behind The Scenes: On The Run Tour Rehearsals