Touré sits down with Vince Staples and discuss the current state of hip-hop, his upcoming new project and the corniness of rap beef in his first Complex Cover video interview. Watch the full interview on the player below or read key excerpts from the interview below. 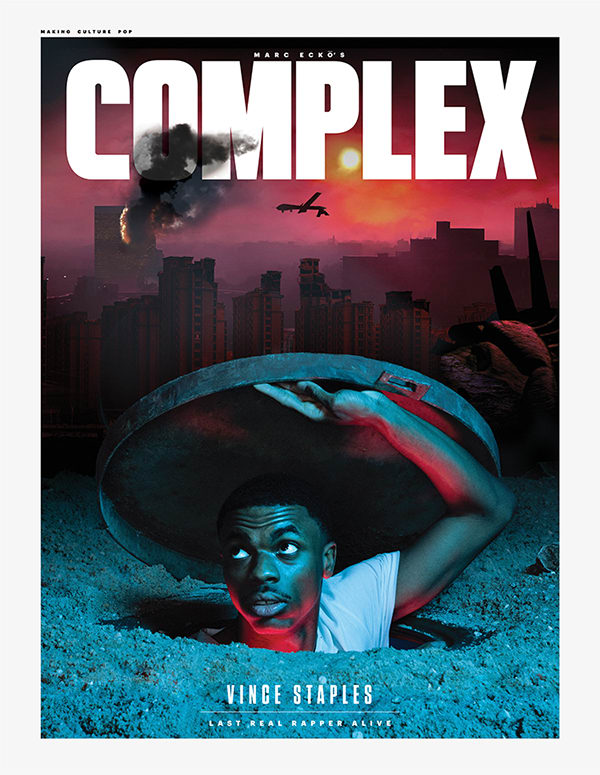 Do you love hip-hop?
What does that mean?

What does what mean—love or hip-hop?
What does “do you love hip-hop?” mean?

I mean, listen to the music, love the music. I mean, you don’t love the culture. I understand that.
That’s what I’m saying. It’s not that. This is why I can’t fuck with that statement. ‘Cause what people mean when they say that is, “Do you like the 10 people that I like a lot?” If [somebody] said, “Do you love hip-hop?” Yeah, I love hip-hop. I love Lil Boosie and Yo Gotti and Soulja Boy and yada yada yada yada. Niggas gonna be like, “That don’t count.”

Who won the Remy/Nicki beef?
Shit is corny.

The whole shit?
That shit is fucking corny.

Did you think the Cube/N.W.A. beef was corny?
It was fucking corny.

Back to the beginning, KRS versus—
Corny. Well, probably not corny ’cause somebody actually got beat up in those.

Oh. So if somebody gets beat up then it’s not corny?
I’m not gonna go book studio time to talk about you.

This is a part of hip-hop that fans love—it’s traditionally part of hip-hop.
So watch a Smack battle. They’re much better at it. King of the Dot. You have the UW League in New Jersey. So many battle leagues. Go watch some Charlie Clips. I don’t wanna see people demean one another for no reason when they can have a phone conversation. Especially when they’re actually successful musicians. There is battle rap. I am a fan of that, but as far as the spitefulness of it? ‘Cause battle rappers are actually like all friends for the most part, and they write it, have fun, and talk about it on Facebook later. It’s real fucking cute, but all that other shit they can get the fuck out of here. That shit is corny as fuck. It’s like, “I’m gonna say really hurtful things about you for the sake of hip-hop.” Oh.

The new album is called Big Fish Theory. Why? What’s that mean?
It encompasses things: Being larger than life in a smaller world, so to say. How rappers are perceived and perceive themselves.

So, you’re learning about yourself as you’re making the stuff. What did you learn about yourself in making Big Fish Theory?
I don’t think this album was a learning process itself as far as the creation of it. I just think it was a culmination of things I had been learning over the past few years, and coming to an understanding. Often times, music becomes a coping mechanism for people.