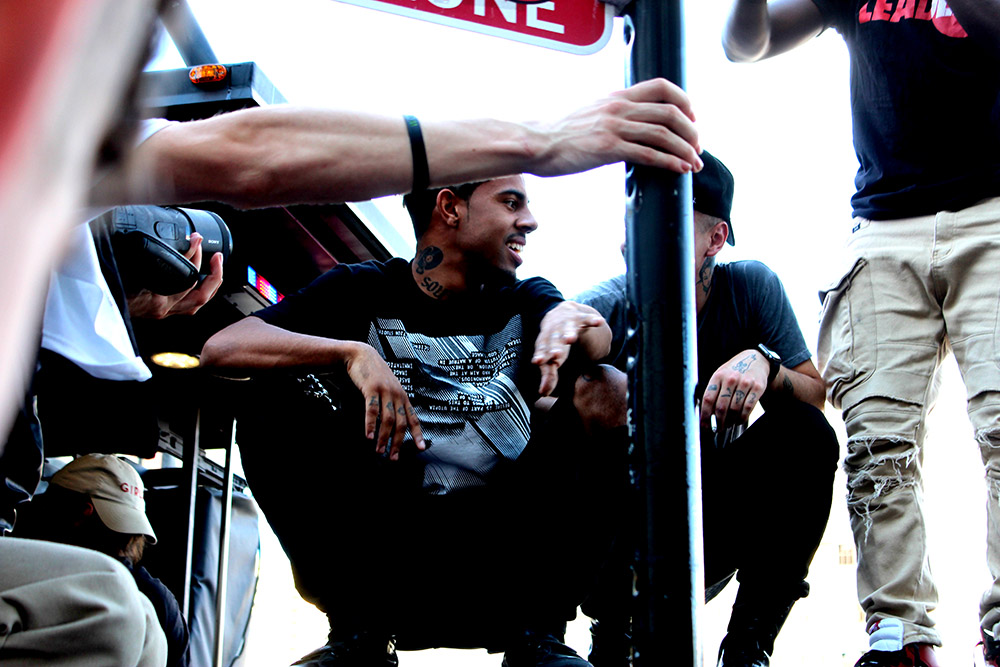 Vic Mensa has been making strides that any artist would love to be making at any point in their career — I mean, being signed to JAY Z‘s Roc Nation label –check–, standing next to Beyoncé and Nicki Minaj in the TIDAL-exclusive video for “Feeling Myself” –check–  and did I mention his first single, “U Mad” on his upcoming LP features Kanye West –check, check–. On top of all of those tidbits of the beginning of this bright artist’s career — his best friends are SAVEMONEY crew aka Chicago’s finest rap collective which includes Chance The Rapper, Towkio, Dally Auston, Joey Purp and many more. 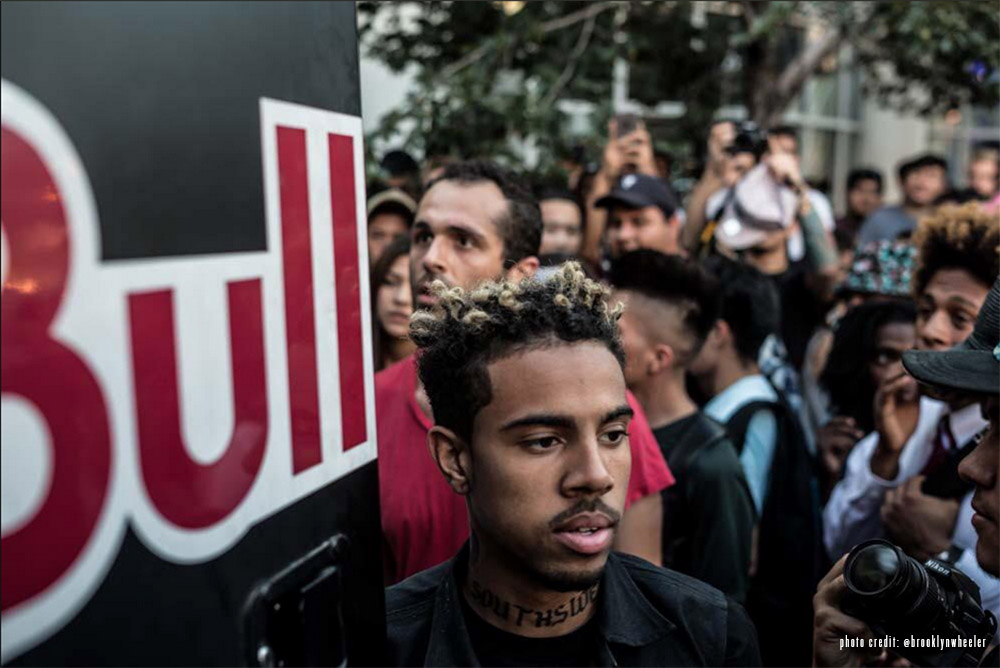 We pull up around 5:35pm and there’s a large Red Bull truck in a window with a shirt with an image of Vic Mensa reading “Traffic Tour” passing by the store — we knew Vic Mensa just arrived.

Vic surprised all the fans with a surprise performance of “U Mad” on top a Red Bull moving stage equipped with speakers, red bull girls and DJ Oreo. Fans left spots in line and gathered around the truck to see the unexpected performance. Many of the SAVEMONEY crew were in attendance to support their fellow member during the meet-and-greet. Vic performed in a pair of studded distressed jeans and a CAV EMPT tee shirt. 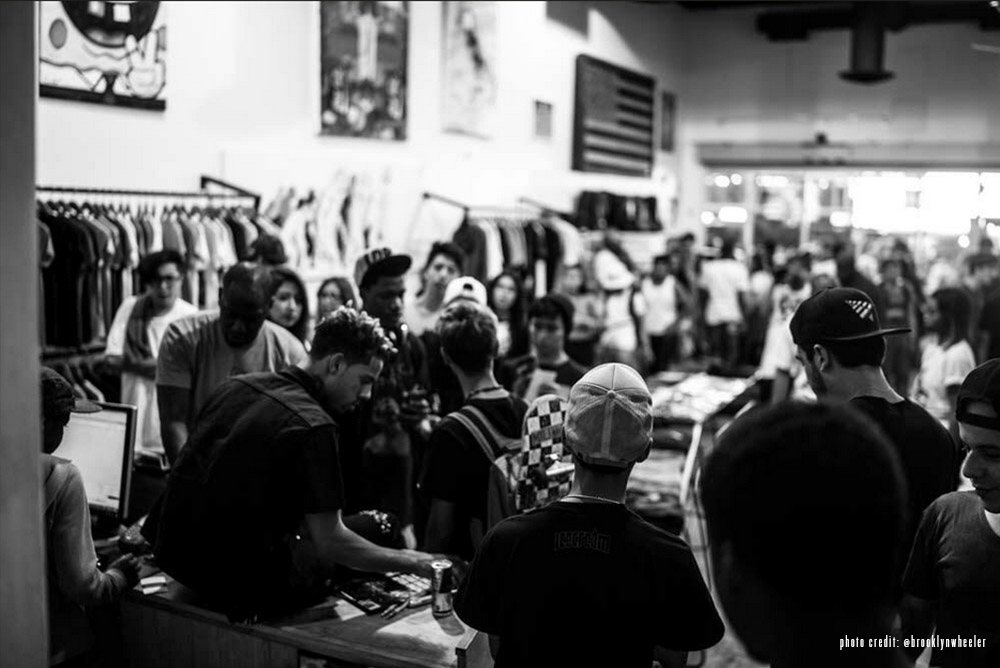 In case you had any question, Vic Mensa has some ill words in his latest freestyle which was aimed at Travi$ Scott. In the freestyle he says:

“Black out on one of these artists sneak dissing and spot you like you wearing the red shirt at target / Couple rap niggas you thought we was crew (Straight Up) / Real life niggas is corny what can I do (Straight Up) / Rich boy rappers get the notion that they tough / You a cheddar Bob you better shooting yourself.”

DJ Oreo unknowingly played a Travis record during the wait in line to see Vic and was immediately informed to not play any of Travis’ records due to that latest freestyle. Rumors have concluded that Vic and Travi$ has had a fallen out due to the relationships between the artists and Kanye West but we believe it’s probably more personal than just Ye.

[two_two]Vic was greeted by fans with open arms and smiles by his Chicago-hometown after his recent Lollapalooza showings. Vic Mensa also took the stage with G-Eazy and A$AP Rocky during Lolla-weekend and was seen kicking it with the gorgeous Zoë Kravitz. After confirmed to be appearing on Kanye’s first track “Wolves” on his upcoming album SWISH and his debut LP Traffic is due out this year as well. I believe it’s pretty safe to say the Roc Nation-signee traffic light is lit green. 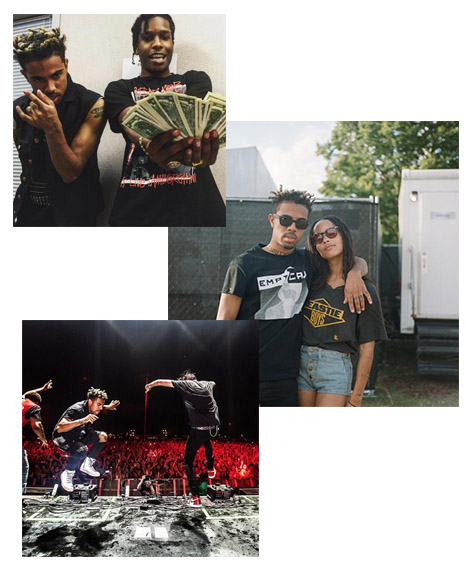