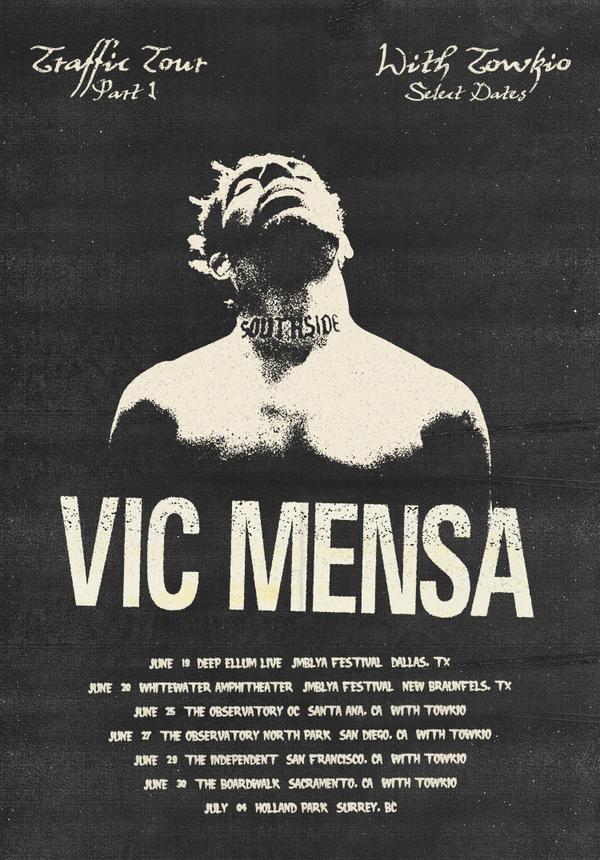 Vic Mensa is coming to a city near you.

New Roc Nation signee will be embarking on a Summer trek of seven dates with Towkio as a opening act. Vic will start part one of his Traffic Tour on June 19th in Dallas, TX. Vic Mensa’s upcoming LP Traffic is due out this year. Check the following dates below: