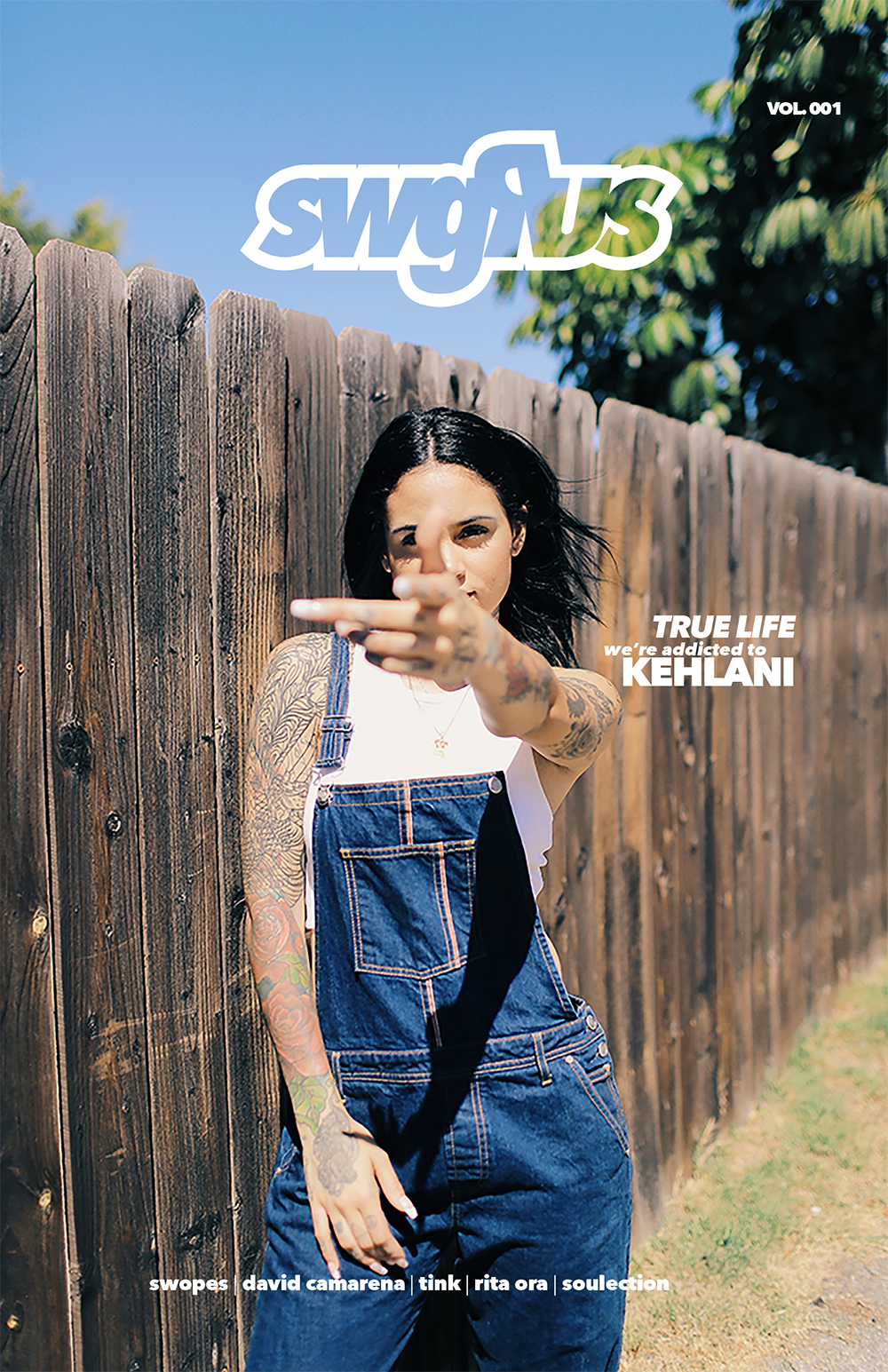 The moment you’ve realized an artist is special and you can’t get enough is an understatement when we’re talking about … Kehlani.

If we’re not keeping up with Kehlani via Snapchat Stories — we’re waiting for music on her glorious Soundcloud page, double-tapping Instagram posts, waiting in line for live shows and chopping it up with Tsunami Mob but that doesn’t seem like enough either.

The acceptance of a new artist doesn’t come quick. The first time I discovered Kehlani, my best friend from Los Angeles, Jake Hanna, called me on the phone and told me, “Search: ‘kehlani’ on YouTube,” he continued, “The girl got next!” It was during the time her music video for “FWU” just came out. Skepticism regarding a new artist is normal. During this time that Kehlani’s introduction was formal to me there were a slew of new females on the rise including Tinashe, Pia Mia, Justine Skye, Tink and many more.

In the song, FWU, Kehlani alludes to the guy she’s interested in — loves her cause she’s actually “Loyal” which piggybacks off of Bay-Area sounding hit by Chris Brown.

It wasn’t until her “You Should Be Here” release, which shot to #1 on iTunes R&B/Soul charts for a couple weeks, that I started to doing research on the Bay-Area songstress. Seeing her past visuals and interviews were revelations that I haven’t felt in a long time in a female R&B artist. Her presence and effortless domination is in the same characteristics that a young Janet Jackson had on the industry early in her career.

The amount of passion and struggle that can be seen through her visual aesthetic, musical catalog and canvas of tattoos on her skin is unwaivered. Kehlani has had a rough come-up from even being homeless to multiple failures in music. Her tone on the 2-minute intro to her critically-acclaimed album YSBH displays some of that soft-interior behind that rock solid shell. Kehlani spouts on the intro, “I’ve felt more pain than most will in their entire lives, all before the age to buy a fucking drink at a bar.” she continues, “But I have to be strong — Not for myself, but for a greater purpose.”

That purpose is the very reason why we are immensely captivated by her rawness of beauty, strength, sense of sensuality and talent.

Let us count the ways on how Kehlani makes us keep heart-eyes emojis in our recently used section of our iPhone keyboard. 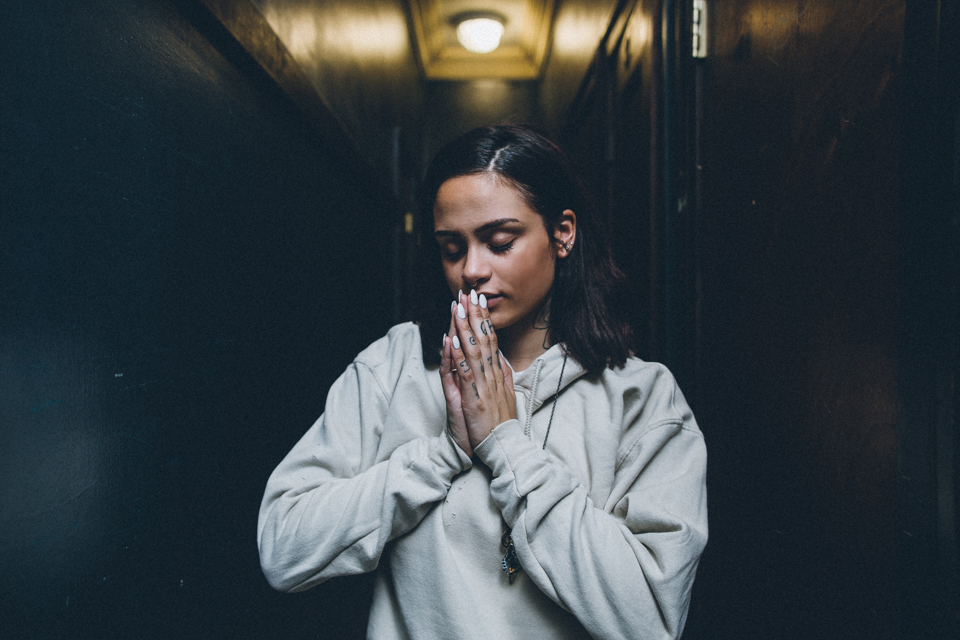 After her first show here in Chicago, which was for Towkio’s .Wav Theory show at Metro here in Chicago. After Kehlani’s set, my identical twin brother, Travell, and I walked out once the DJ started his set.

We spot Kehlani in the lobby with her manager, David Ali, handling a small swarm of people anxious trying to meet the budding star. Both young men and women fonding over her. Being next to her and fans trying to grab her attention was like being inside a live Instagram comment section. “She so fine!,” “Baelani,” “Can you sign my chest?” was some of the things that could be overheard while we were standing there waiting to grab a moment with Kehlani. I could tell Kehlani was not yet used to the pandemonium that’s involved with having that much influence through music but she’s was still not totally out of her element.

Usually our collaborative presence as twins captivates people but when we introduced ourselves to Kehlani as twin brothers she smiled and turned to her manager David to say, “We met so many twins today [laughs]” which tells me little to nothing surprises this budding superstar.

Let us count the ways we “FWU” Kehlani 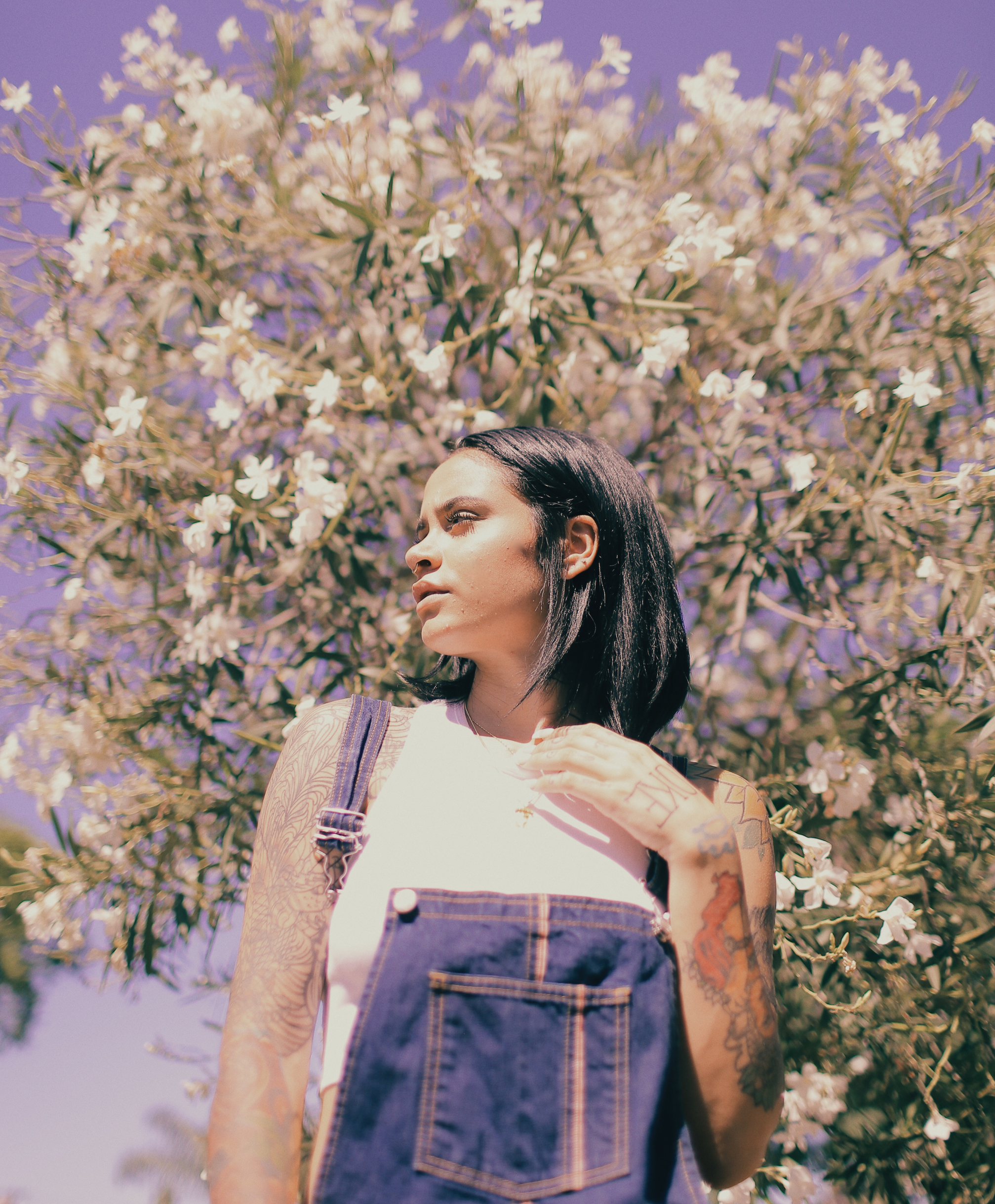 1. Her ability to flex on her haters

In records like “How That Taste,” Kehlani pops noise at people who didn’t necessarily believe in her or didn’t care to listen to her music before she rose to higher success. We’ve all had those people who we think has our back but really ain’t “squad” for real — Kehlani got you on that tip. She also has a “no fuccboi’s anthem” entitled “Niggas.”

2. Her ability to make a dope love song

I believe “The Way” featuring Chance the Rapper might be the best R&B/Rap collaboration that we’ve pretty much seen this year. Let’s not forget her Mr. Carmack-produced track, in courtesy of YoursTruly, “All In.”

Kehlani has a bad-ass sex appeal that sometimes hard but sometimes soft which we can never complain about.

The nuances in her tone and melodic runs sends us overboard on almost every record. (See Kehlani x Charlie Puth’s version of “Hotline Bling”)

Kehlani used to want to be a ballerina. A goal of her’s was to become a trained dancer at Juilliard which has 6.7% acceptance rate (we believe she would’ve got in 😉 ) but couldn’t go due to an injury.

Kehlani has been in the studio with the likes of Hit-Boy, Pharrell and more and debut album is set to be in stores the top of the year of 2016.

Order your copy of Volume 001 of SWGRUS in our online store now.

Watch T-Pain & Kehlani Perform ‘I Like Dat’ on Kimmel