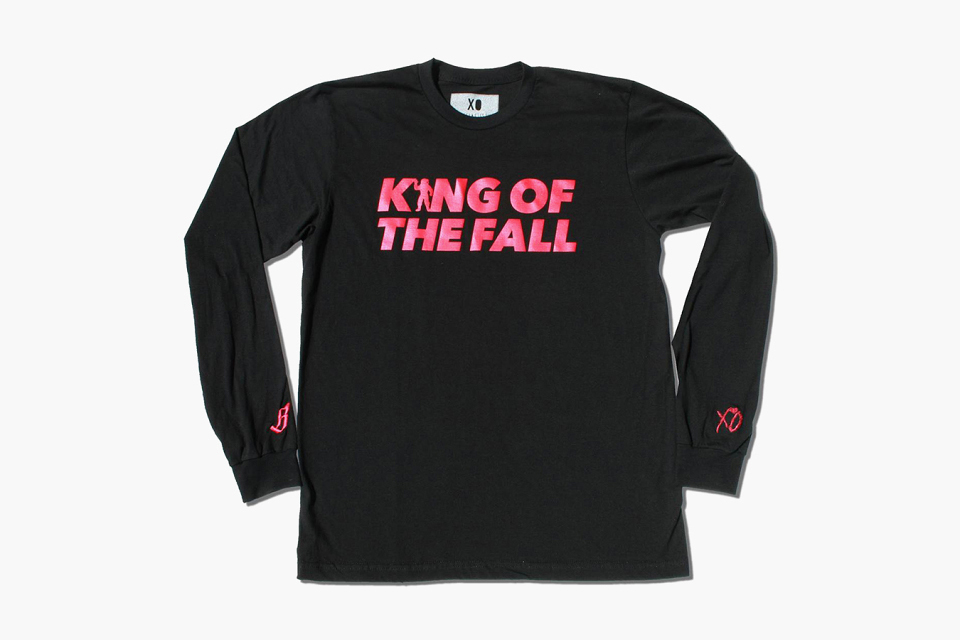 Billionaire Boys Club will collaborate with Official Issue XO in support of The Weeknd‘s latest King of the Fall Tour. Jhené Aiko and Schoolboy Q will also be joining The Weeknd on tour which kicks off in Brooklyn on September 9th. The collaborations consists of one black/red hoodie that reads King of the Fall utilizing BBC’s astronaut logo in both ‘KING OF THE FALL’ script and ‘KOTF’ script. The collection will only be available in the Billionaire Boys Club New York City Flagship store on Thursday, Sept. 18 to Friday, Sept. 19.