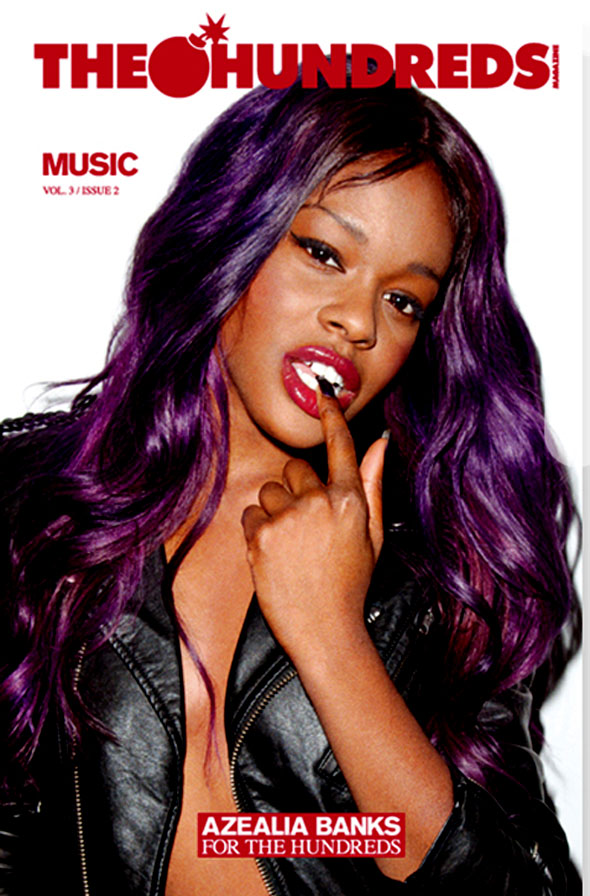 Azealia Banks covers streetwear brand, The Hundreds, latest magazine issue and weighs in on her feelings on Nicki Minaj, Kreayshawn, and her career aspirations.

“The butt, the hair, the this, the that, all the other shit, like… As much respect that I have for her, we’ve seen you do this already, what else can you do?” 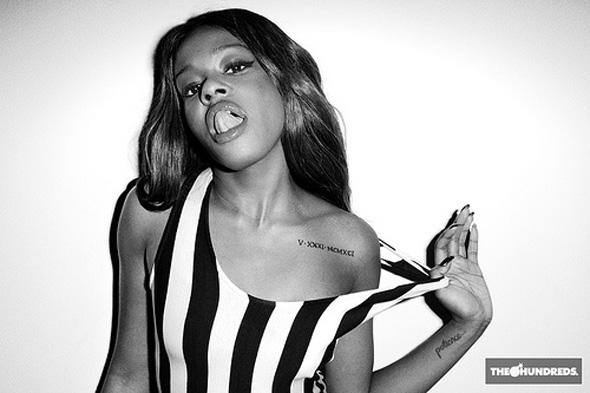 “As much as Kreayshawn would love to be considered part of this ‘rap game,’ she’s not.  I guess a part of me is kind of annoyed that those white girls are making these songs, and it’s like if these girls were black and making the same songs would you be that interested?”

On her career aspirations:

“I’m trying to be innovative, I want to be like Missy Elliott was, respected and accepted for doing her own thing.”

Peter Rosenberg Talks To Azealia Banks on ‘The Process’