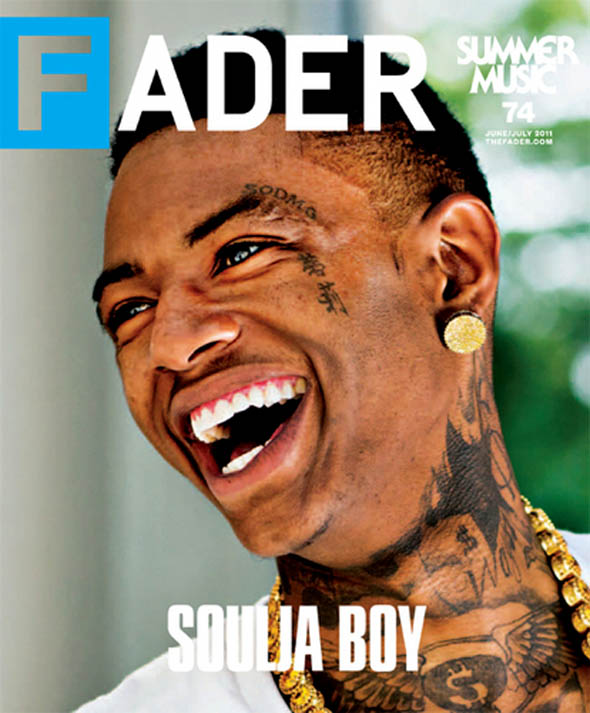 Soulja Boy is featured on the June/July Summer Music issue of Fader magazine. The recent re-creator of Juice, talked to Fader at his Atlanta penthouse. Check out a small except from what’s to come from this issue:

Photographer Dorothy Hong and writer Felipe Delerme visited Soulja Boy in his Atlanta penthouse, where he drank lean and smoked pot incessantly, smiled infectiously and talked about how he’s been a millionaire since he was a teenager. With three mixtapes already out this year, plans to play Tupac in a remake of Juice and possibly the whitest teeth the world has ever seen, there’s little chance he’ll be slowing soon.