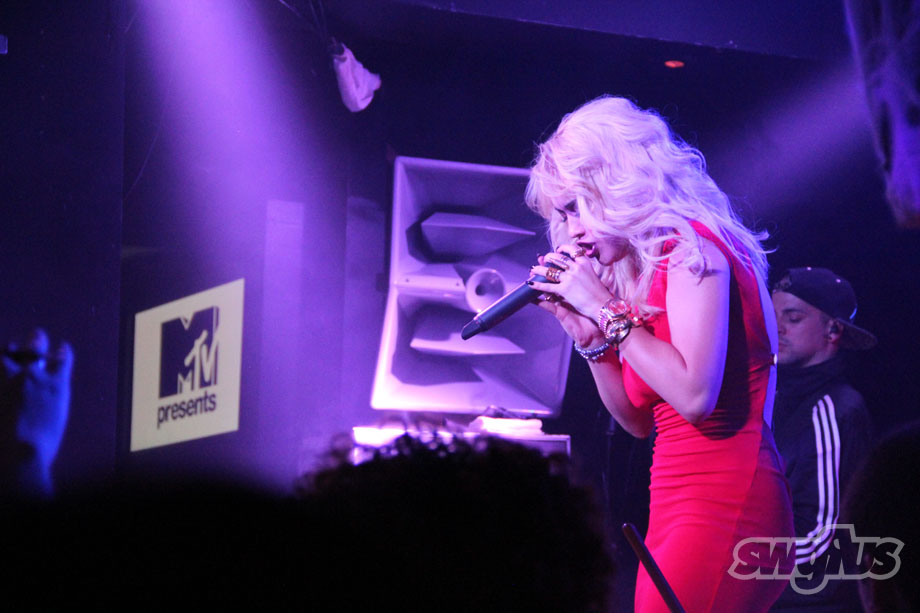 [one_one]International import Rita Ora shines her first time in Chicago headlining The MID featuring another foreign delicacy, Iggy Azalea. With three No. 1 singles behind her, the 21-year old Roc Nation signee has a lot to be excited about. Under the wings of Jay-Z doesn’t hurt but her talent exceeds far beyond her accolades. Rita has been making noise musically with collaborations with Drake, references from Biggie, and production from The-Dream, will.i.am and Diplo. Rita also means something special to streetwear. The Retro Jordan-sporting singer admitted to Complex in the Aug./Sept. issue:

“I’m like a dude. Jordans are my favorite. I wear them all the time for shows. I can get girly-girly when I want to, but I can’t perform in heels. I would bust my face open on stage and we don’t want that.” 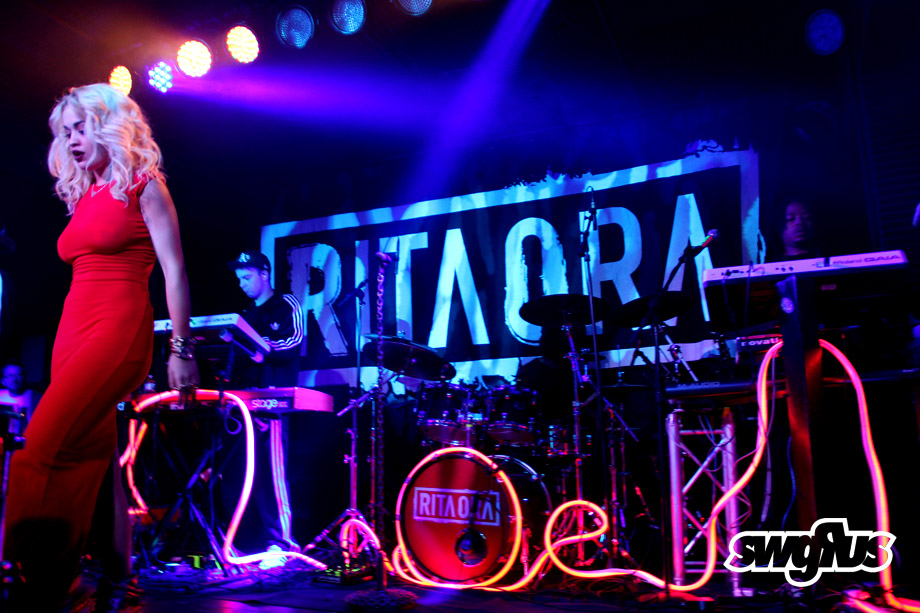 [one_one]Donned in gold accessories and noticeably AMBUSH Designs jewelry, Rita glances at my Janet Jackson 1993 janet. Tour tee and says, “I love your shirt!,” reaching for a hug I pull out my iPhone asking for her signature in the inside surface of my BAPE case, she notices her face on the SWGRUS  ‘coming soon’ page plastered across my lock screen. She jokingly asked in her thick british accent, “Did you do that on purpose?,” I replied, “Indefinitely.” Nearby was her older sister, Elena, whom also is her road manager sharing the same moment.[/one_one] [one_one]Rita opens the show with her lead track, “Facemelt,” from her debut LP Ora. During the show, Rita plays an ode to Frank Ocean covering “Swim Good” from his 2011 release of Nostalgia, Ultra noting that its one of her favorite songs. The Albanian-babe proceeds into the second half of the show with more of her upbeat tracks, specifically cuts like her latest single “Shine Ya Light“. [/one_one] [one_one]Rita closes the show with her Drake-penned single, “R.I.P.” from her debut LP Ora which is scheduled for a release date in the U.S. in early 2013.[/one_one] [like] [tweets]