Infamous bad gal Rihanna was fashionably late to her show in Chicago… or so it seemed due to A$AP Rocky‘s failure to perform due to sickness. Rih Rih also made a commitment to suburban high school in Barrington, IL which is a 45-minute drive outside the city. Rihanna was reported 5-hours late to the scheduled meeting with her young fans at the suburban high school. She tweeted and posted, “This Chicago traffic is not working,” Rihanna shared via Instagram to explain her tardiness.

Despite her tardiness, Rihanna was dressed to impress during her 9th-stop on her Diamonds World Tour in Chicago. The Barbadian popstar opened the show in an all-black ensemble which set the mood as she performed an ode of appreciation and recognition with the record “Mother Mary” which interluded the upbeat lead track, “Phresh Off The Runway” on her latest LP Unapologetic while dressed in a Riccardo Tisci, Givenchy Couture, original robe with crystal-encrusted embroidery. 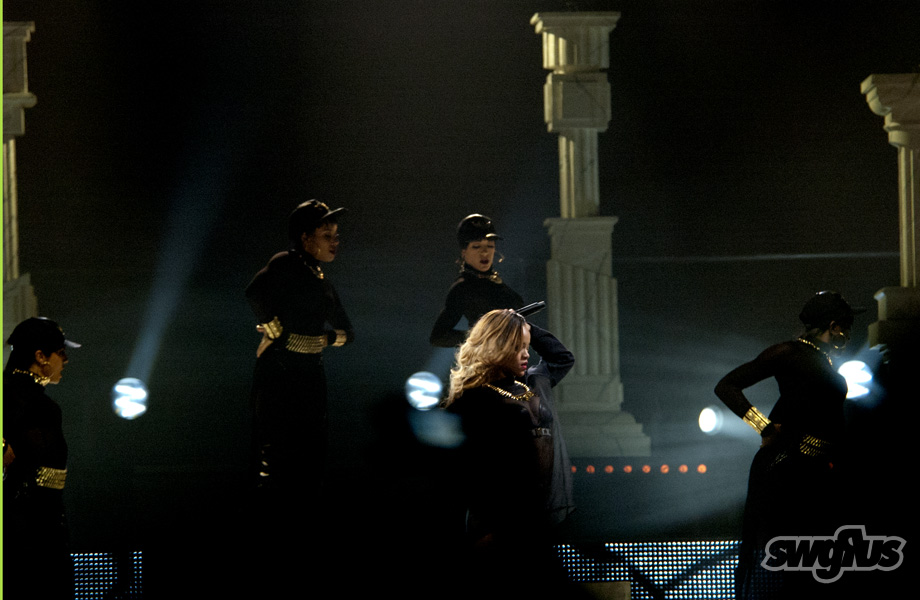 Three songs in, Rihanna fans wait no longer for the strip-club anthem medley, Pour It Up, Cockiness, Birthday Cake. Rih Rih ran thru a number of her hits while dressed in costumes designed with Swarovski Elements and pieces by Manolo, Hood by Air, Raf Simons and Lavin.

Rihanna wrote on her photo, “Whaaaaattttt in the actual phuck?!! #RSVPgallery thank you this red on red is liiifee!!! @kristennoelgipson and #DonC one love always #chicagolife,” after 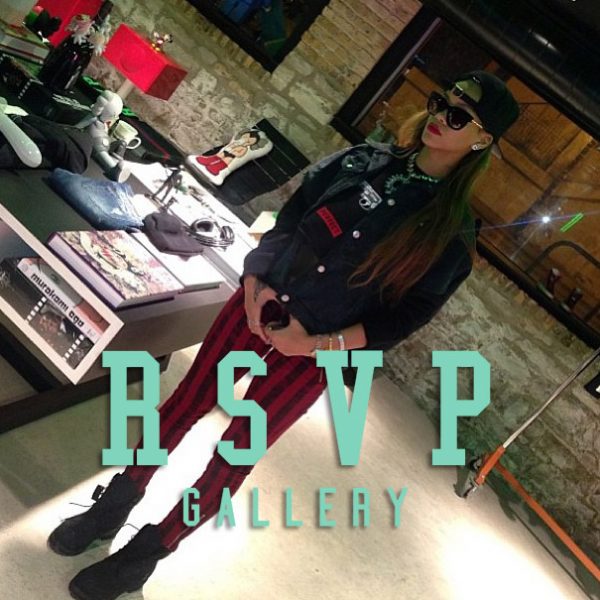 One thing that can be concluded about Rihanna is that her capability to remain relevant and outspoken. Just as many people listen to her music also critique her lifestyle, sense of fashion, and her relationship status. Her effortless sexiness, influence and vulnerability keeps her fans, also known as her ‘Navy’ (which derived from her role in the film “Battleship“) admiration at an all time. Rihanna keeps many worlds wrapped around her finger.