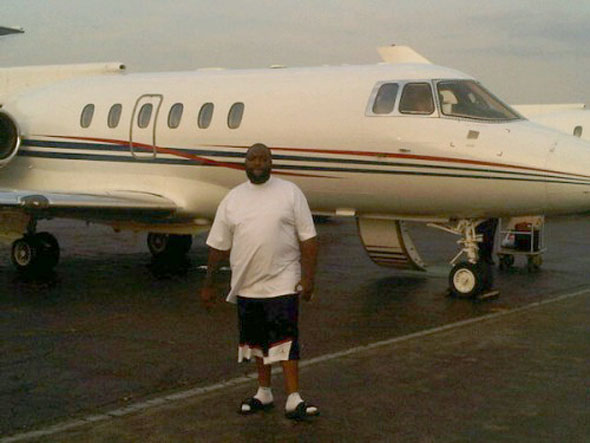 After Rick Ross left the hospital and returned to his private jet, he unfortunately suffered another seizure on that plane ride as well.

Rick Ross’ private jet made an emergency landing in Birmingham, Alabama, 2 hours ago, en route to his concert in Memphis … and we found out he suffered another seizure.

It’s the second time today where a plane in which the rapper was a passenger made an emergency landing. We broke the story … Rick suffered a seizure this morning on a Delta flight that returned to the Ft. Lauderdale airport.

Rick went to the hospital, was released, and then took off at 5:07 PM ET from Ft. Lauderdale to make his concert tonight in Memphis. But at 5:44 PM CDT, the plane was diverted and landed in Birmingham after Rick had a seizure on board.

Rick is currently in a Birmingham hospital emergency room. We do not know his condition.

Before Rick took off from Ft. Lauderdale, he tweeted a video showing he was ok.

Rick was supposed to be on stage in Memphis at 7:30 PM ET.