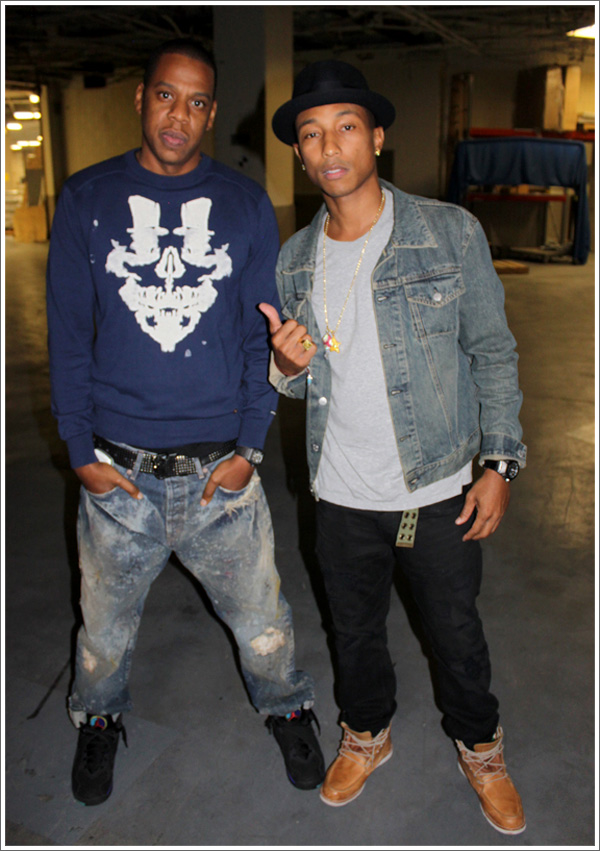 Jay-Z was seen backstage Friday night (Oct. 8th) with Pharrell for a N.E.R.D. concert at Madison Square Garden in New York City. Peep the blue crewneck Jay-Z is rocking with an inkblot from Andy Warhol’s Rorschach. Check the rest of the spottings after the cut. 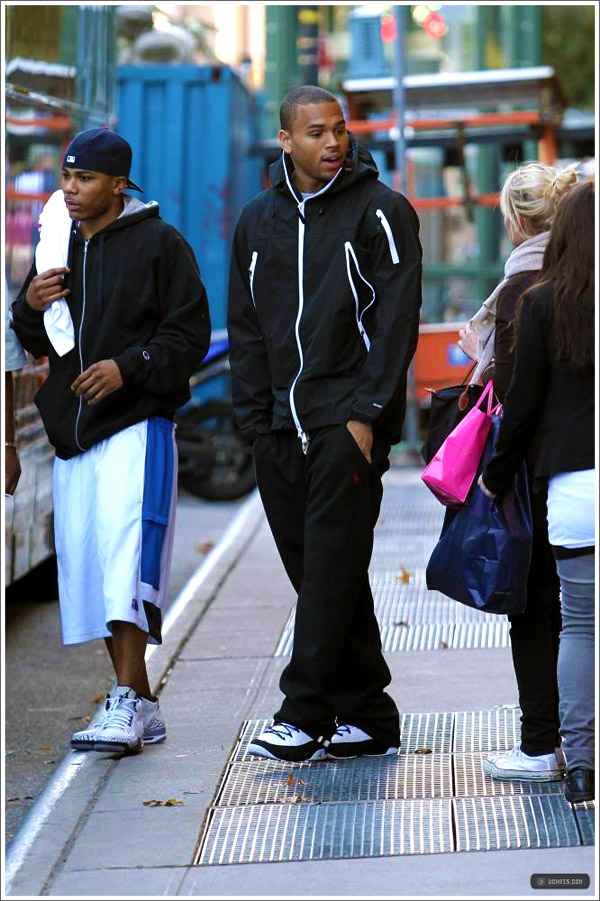 Chris Brown & Nelly were spotted together in the streets of NYC Saturday (Oct. 9) both rocking J’z. Peep the 10.Deep jacket on C. Breezy. 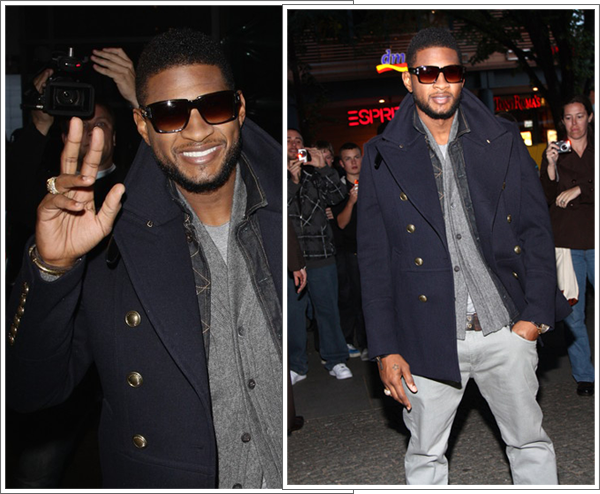 Usher was over in Berlin, Germany announcing his 2011 OMG Tour Thursday night (Oct. 7) at the Grand Hyatt which will also feature Trey Songz. 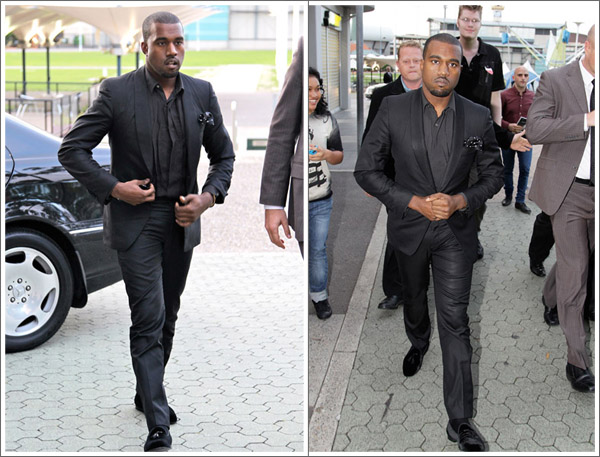 Kanye West showed up in Sydney for the Australian premiere of his 35-minute music video, “Runaway,” at the Hoyts Entertainment Centre Cinema Monday (Oct. 11). 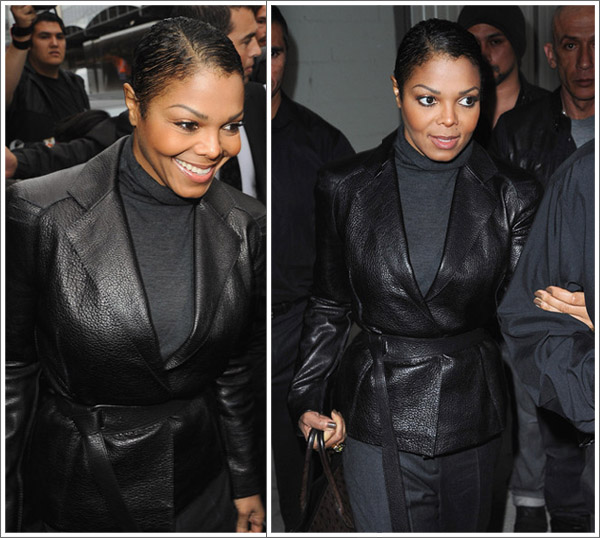