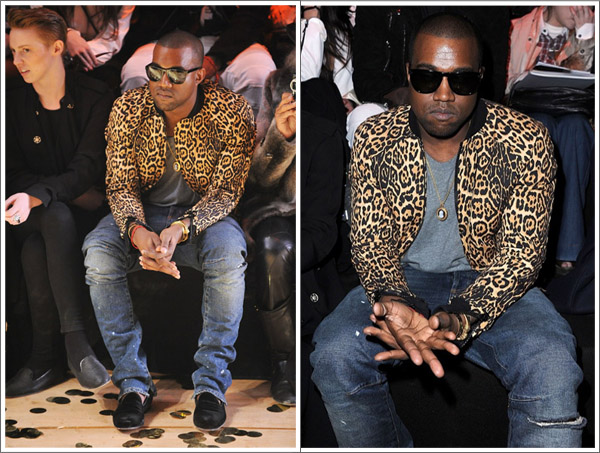 Kanye West was spotted front row at Vivienne Westwood fashion show in Paris for Fashion Week in a Givenchy Leopard Jacket and a pair of Oliver Peoples shades Friday (Mar. 4) night. Take a look at the rest of the spottings after the cut. 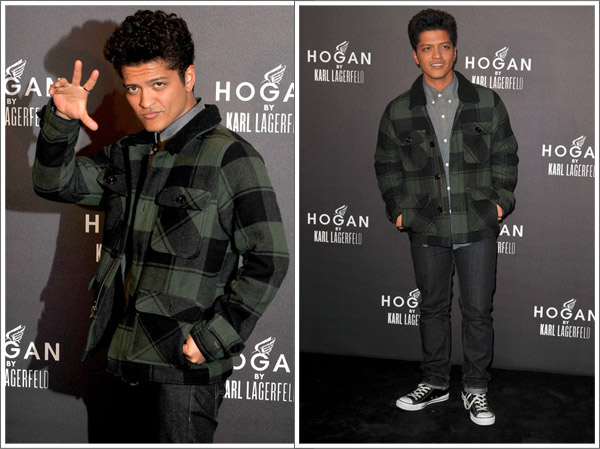 Bruno Mars showed up to the Hogan by Karl Lagerfield party during Fashion Week in Paris on Friday (Mar. 4) night. Bruno was wearing an Obey Burlington Plaid Jacket in green. 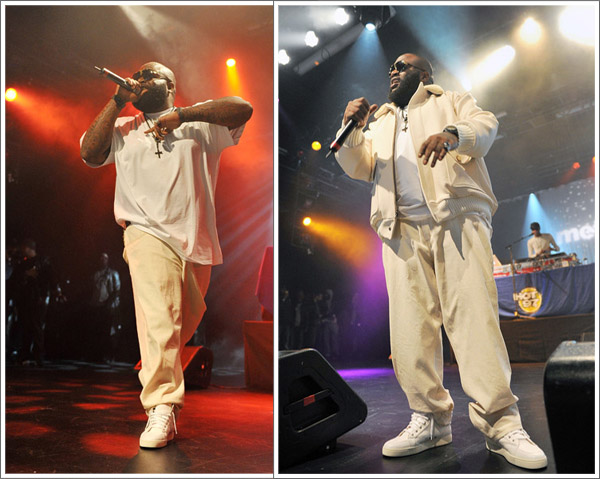 Rick Ross was out on stage in NYC on Friday (Mar. 4) at the Best Buy Theater  steezin’ in cream tones and a pair of Christian Louboutin Rantus sneakers. 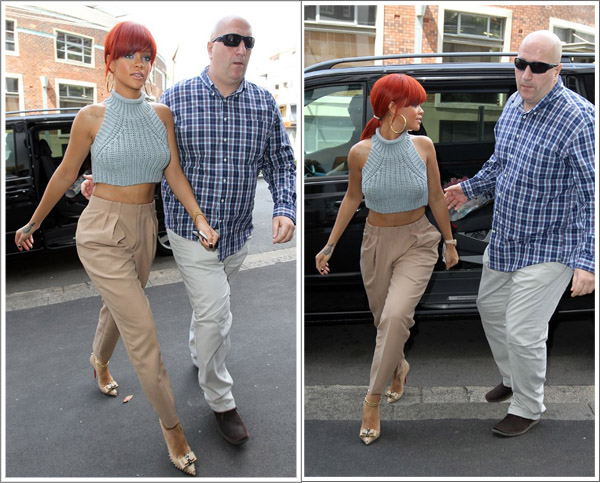