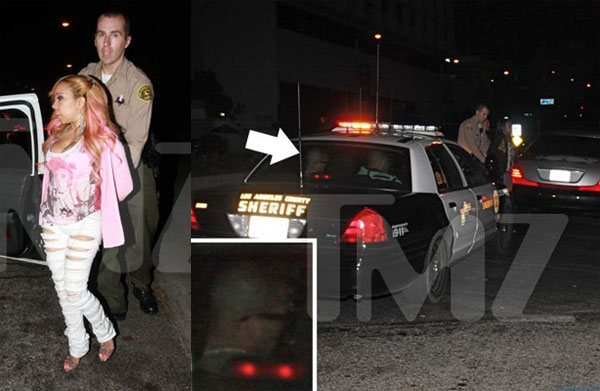 Deputies say they smelled marijuana, and after searching the vehicle T.I. and Tameka were arrested.

Now keep in mind that T.I. was just released from prison and is currently on probation after a seven month sentence on federal weapons charges. TMZ states the bail amount is $10,000. Let’s hope that this is a complete misunderstanding because T.I. JUST got out…. Props to Miss Jia.

SZA To Celebrate ‘Ctrl’ with American Express Show on June 17

*UPDATE* TMZ reports that they’ve been released for bail. It’s still unclear if T.I. will have to serve time in jail for violating probation. Stay Tuned.