This singer-songwriter-producer, Nico, from the Twin Cities is one of the most refreshing artists’ you’ll hear this year.

Chicago-based alternative R&B artist Nicolas J. Scott has ears anxious for the next drop with his vibey, airy vocals and production value. With over 19,000 streams from his first and only track in one month span.  We discuss Nico’s influences while growing up in Minnesota, his inspirations and songs he’d take from other artists’ in our interview below.

What were your musical inspirations growing up?

Mostly friends and family. My grandfather and uncle are both amazing singers. A few of my closest friends are some of the most talented musicians I’ve ever known. The thing that almost acted as anti-inspiration was my father. He was a drummer and the reason my mom never wanted me to pursue music when I was younger. I think growing up with a stigma of being similar to somebody who you’ve never met can really mess with your head but I feel like I’ve finally learned how to put all of those emotions into my music. I guess I’m just lucky that way. Oh, Stevie Nicks. She goes crazy hard. 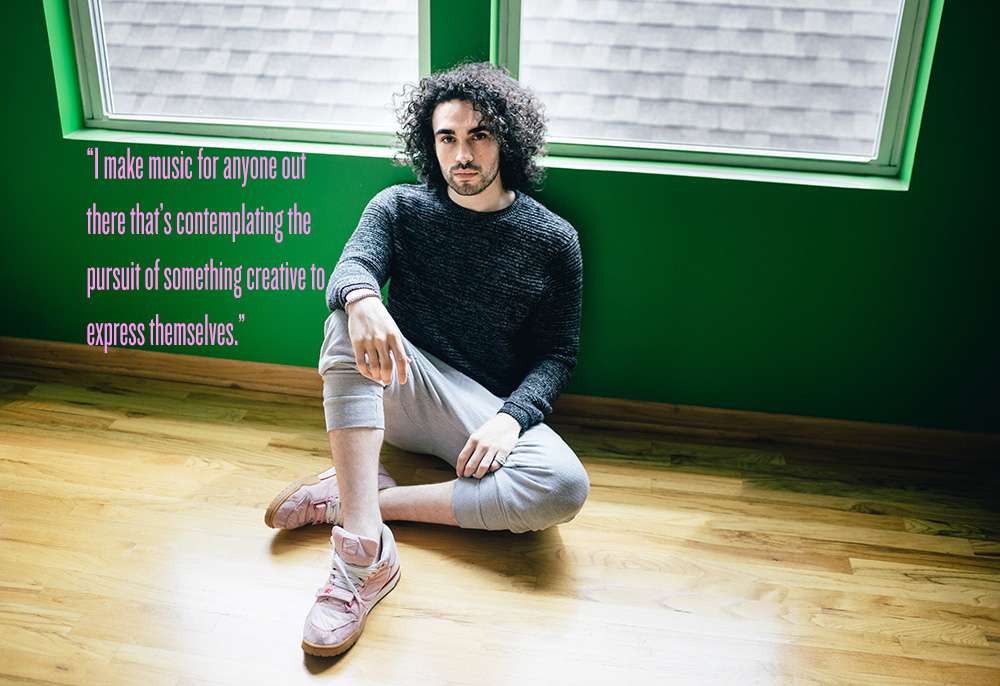 How did growing up in Minnesota shape the sounds in your music?

The winters are tough. I really think there’s a certain energy that comes when you have no choice but to stay inside and keep working on the music. It wasn’t too rare that I’d spend three or four days locked in my mom’s or grandparents’ basement just working on writing or new beats while we were snowed in. Entering beat battles around the Twin Cities really helped too. They taught me to seek out as much constructive feedback as possible to find new angles to approach my process from.

Describe the type of person you make music for:

Anyone out there that’s contemplating the pursuit of something creative to express themselves. More specifically, anyone in my hometown who wants motivation to make the leap into going all in. A lot of people are just looking for an example of someone that they see doing the things they love successfully. I think seeing that can change someone’s life who might otherwise be discouraged. Too many people grow up afraid to follow their passions. because they don’t want to be different and I want to help steer away from that.

What inspired the track ’Nobody’?

I make a beat every day. Sometimes two. That was the one for April 7th. My friend Jenessa was visiting me from Minneapolis at the time and she laid down some chords on my keyboard. The idea for the “nobody but you” hook popped into my head. I recorded it and messed with it then wound up writing the lyrics around the sample. Jenessa pushed me to release it immediately and I’m incredibly thankful for that. I never would have imagined that my first song as a vocalist would have gotten as much attention as it has. I still think it’s funny that most people don’t know that I’m singing on that one. People from hometown asked me, “Who is that? Who wrote it? Where you get the beat from?” I’m just like…  I really do this from the ground up. Beats, lyrics, vocals, engineering. Until I’ve built a team that’s capable of pulling the weight, that I’m still stacking, it’s all stuff that I love learning how to do getting better at.

If you could take a track from an artist, what song would it be?

My Heart Will Go On (The Titantic Song) by Celine Dion.

10 Lollapalooza After Sets to be at this Weekend