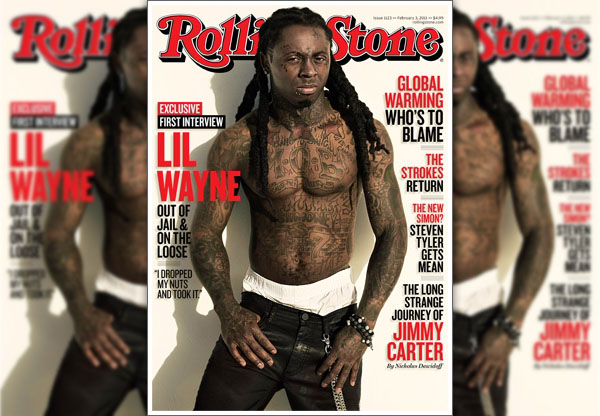 In the new issue of Rolling Stone, Lil’ Wayne first cover since his release from Rikers, Weezy opens up about how he passed time, his first time with the good book and his new found “beef” with Miami Heat’s LeBron James and Dwyane Wade. Here are a few excerpts from his interview + video with Rolling Stone below:

On Lebron & D Wade Ignoring Him At The Miami Heat/New Orleans Game
“Them n*ggas never speak to a n*gga,” he says. “They don’t chuck me the deuce or nothing. N*gga spent all that money on them f*cking tickets… Come holla at me. We sit right by them little b*tch-ass n*ggas. At least come ask me why I’m not rooting for you.”

On The Bible
“I also read the Bible for the first time. It was deep! I liked the parts where some character was once this, but he ended up being that. Like he’d be dissing Jesus, and then he ends up being a saint. That was cool.”

On Another Inmate taking the Rap For His Watch With An MP3 Player On It & Solitary Confinement
“He was a solid n*gga! Shout-out to Charles…Solitary was the worst. No TV. No radio. No commissary. Basically you’re in there 23 hours a day.” The only upside was he had a window where he could watch cars go by. “I used to sit at that motherf*cker all day!”