Kreayshawn and her whole crew lit up on fire during her Group Hug Tour featuring Rye Rye, Chippy Nonstop & Honey Cocaine … no, seriously, literally her bus caught on fire. But that didn’t stop the Internet-sensational femcee from fulfilling her show in Chicago, IL at Metro. The rapper recently released her debut LP Somethin’ Bout Kreay which only sold 3,900 and recognized as the worst first week sales in history — ever. The album featured appearances and production from Kid Cudi, Diplo and even 2 Chainz, but still wasn’t an incentive for fans to go cop the LP. Frankly, in my opinion, the promotion for the album was just a low as the album sales projected. 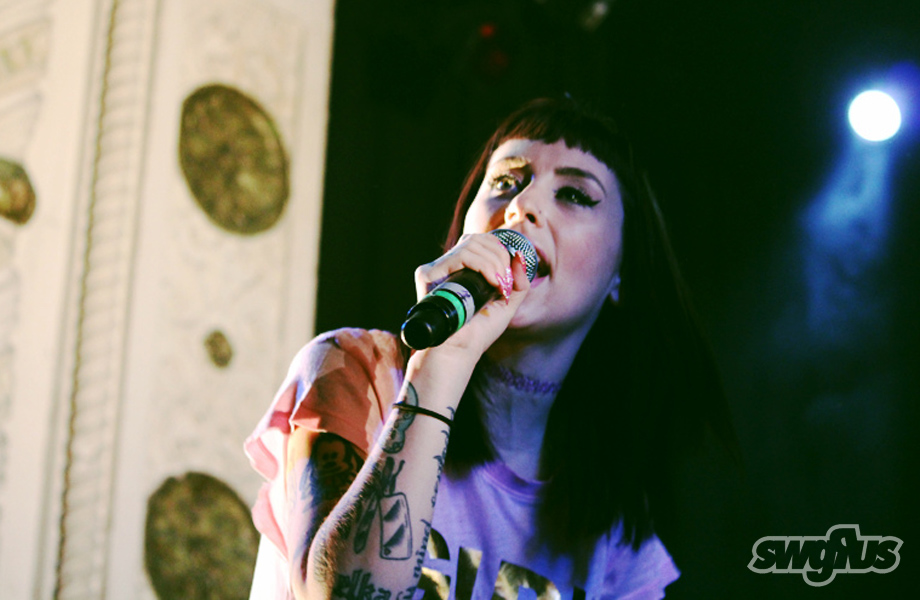 Kreayshawn briefly chatted about her stay in Chicago and admired the ever-popular and overrated Harold’s Chicken Shack during her set. Kreayshawn charm shines through during her stint on stage. Undeniably comical, Kreayshawn somehow makes the entire crowd laugh with regular conversation with her hypeman.

During the show, I noticed myself standing in front of Chicago female rapstress Sasha Go Hard whom also received an onstage shout-out from her fellow femcee Kreayshawn. After the show, they both proceeded to take to Twitter and show their loveeeee for one another.

Kreayshawn and her crew complied a slew of clips to show us what some us seen and missed during the Group Hug Tour: