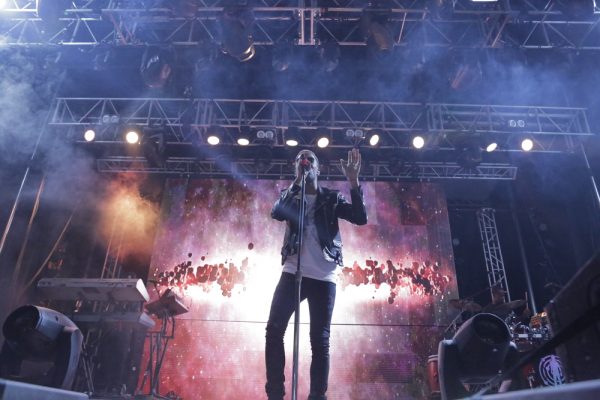 Kid Cudi fell ill and collapsed during Chicago’s North Coast Festival on Saturday night. According to HYPETRAK, Cudi stepped into the photo pit to interact with fans, but after signing a fan’s album, he fainted. Cudi took to Twitter to announce recover from Saturday’s events. Kid Cudi gave kudos for his safety towards the venue’s security for escorting him off stage and promising to have his health in order for upcoming dates.

Ill do a better and make sure to eat properly on show days 🙂 scouts honor!

Mad love to the security who were there and helped me out tonight. Really awesome dudes! Thanx for nursing me back to health ha

Kid Cudi and Travis Scott’s The Scotts Score No. 1 on Billboard Hot 100