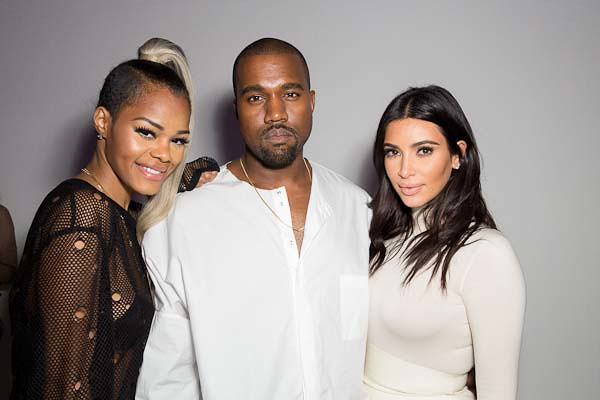 “Sometimes, I be a little bit less expressive because motherfuckers wanna Michael Jackson me to death and shit and act like I don’t do nothing positive and attack me,” Kanye said to a crowd that featured Chris Brown, Karrueche Tran, Nelly, YG and Big Sean, among others.”

“So, I be scared to turn up; If you remember with Pusha T, I turned up and everybody thought I was crazy. Then he came out and did that buck-twenty and n—as were like, ‘Aw, man. Maybe the sh– was good.’ But what I’m saying is Teyana provides something that’s so R&B, so black, so ‘hood, so missing and so necessary in the marketplace.”

View the gallery of the rest of the photos captured last night + video of Kanye’s speech on the player below.