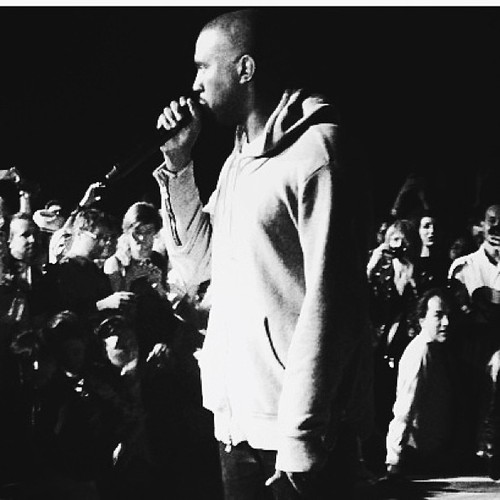 Kanye West appeared at this year’s Art Basel in Switzerland last night to perform new record “New Slaves” in an acapella format. Kanye also recently sat down with the New York Times to discuss his feelings on his new music and much more. Yeezus is due out in stores June 18th. Watch the video of Yeezy’s performance in the video below.