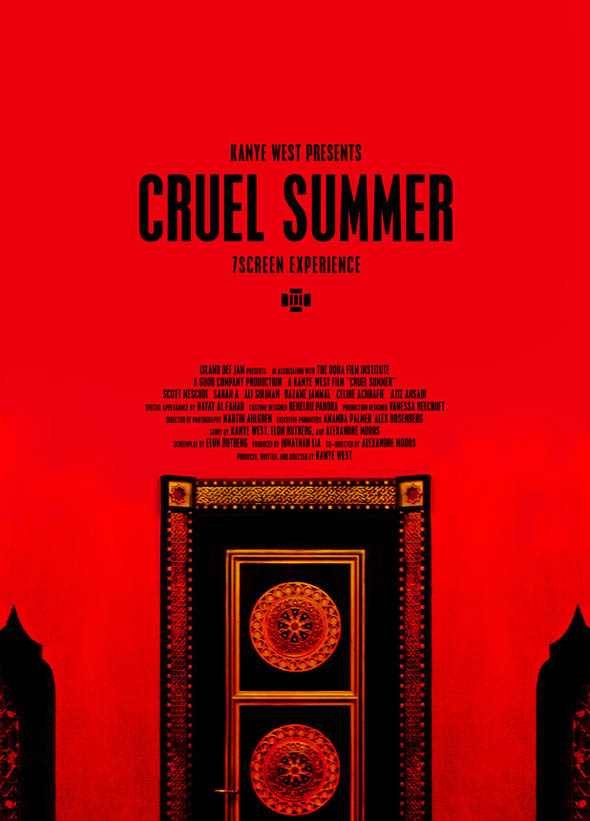 Kanye West announces the compilation album from G.O.O.D. Music will be titled Cruel Summer paired with a 7-screen experience film that will be showcased at the Cannes Film Festival in France. The film is described as a direct reflection of Kanye’s creative thoughts while making the album. Cruel Summer the movie will be premiere on May 23 in Cannes, France and will be presented at various show times on May 24-25.