DC-native Goldlink shows up in Chicago to perform to loyal fans at sportsbar-turned-concert-venue Chop Shop. Goldlink took the stage at 10:00PM. Passing the merch stand stocked with vinyls of his latest LP And After That, We Didn’t Talk.

Goldlink went through crowd favorites like Dark Skinned Women, Dance On Me, Spectrum, and many more. 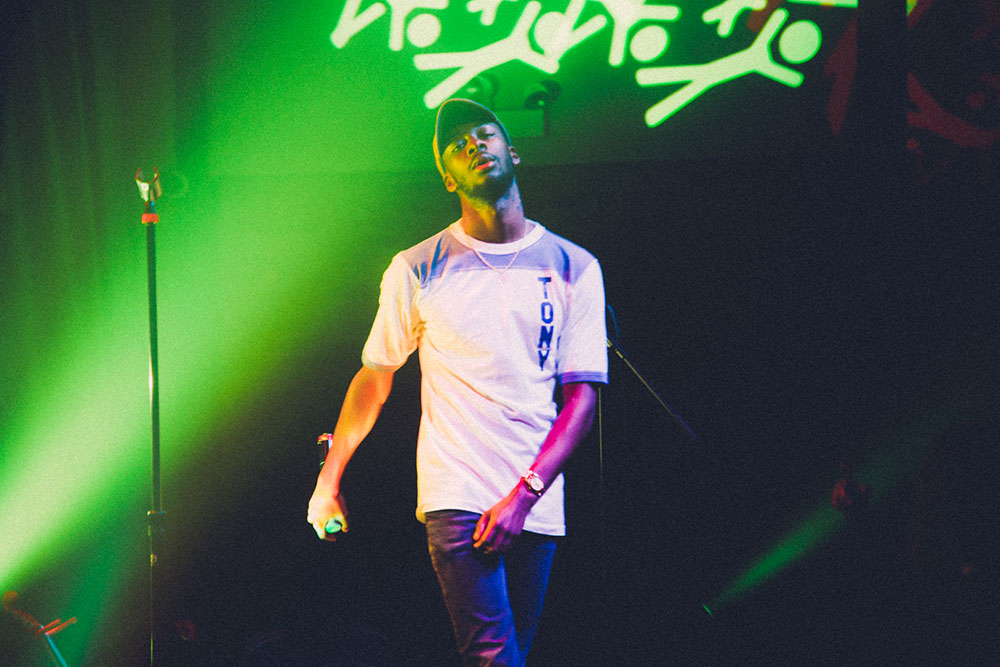 After his set, Goldlink granted us an interview on his tour bus with my friend photographer and videographer, Bianca Garcia and Jordan Chollette, to capture elements of the interview.

As we walk on the bus, Goldlink has his Xbox 360 paused line up alongside an impressive line of gaming consoles such as green-transparent Nintendo 64, PS4 and Super Nintendo. We all cop seats on the crowded couch parlaying with Goldlink’s entourage as we prepare for him to join us in the room.

As Goldlink enters the room, he recognizes my friend Jordan whom he, ironically, attended high school with. My friend Jordan asks him, “Do you remember me?” Goldlink responds, “I do remember you.” Jordan adds, “From where?” Goldink engaged, “You was the light-skinned dude! I don’t know.” with a shrug. The entire bus laughs. Goldlink continued, “I remember people’s faces more than I remember names.” 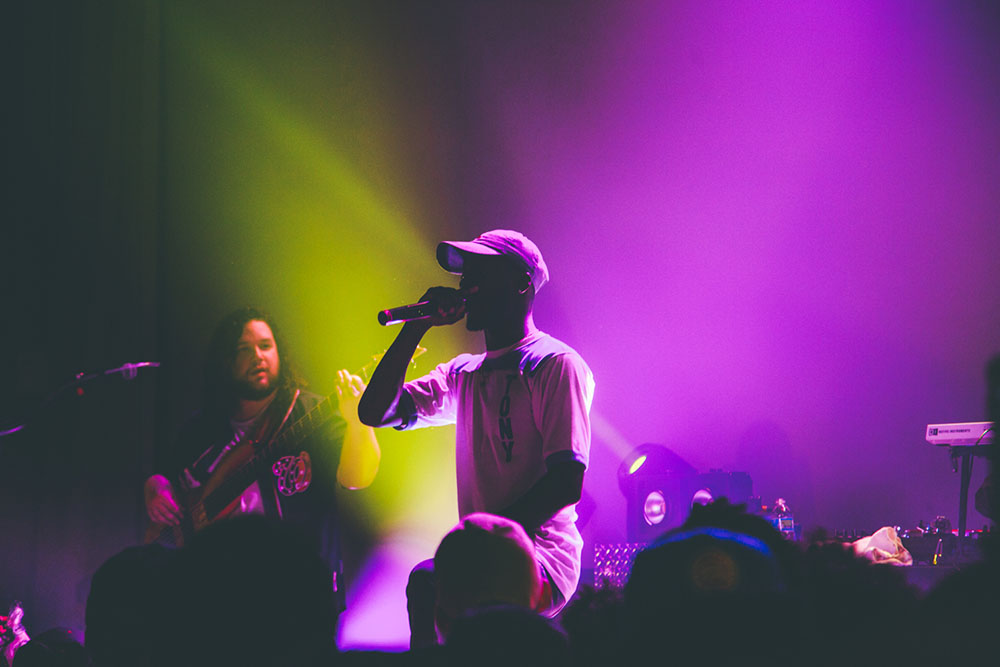 I hand Goldlink the first print issue featuring Kehlani and Elise Swopes and he’s immensly intrigued as he recognizes faces that he’s familiar with. Magazine in hand, we jump right in the interview.

Where did the name Goldlink derive from?

I was bullshittin’ with some homies watching An American Pimp documentary. And I was fascinated by the names that people came up with for themselves. I just said it one day as a joke — and it stuck.

Your sound is super refreshing and nostalgic, who were some influencers for you growing up listening to music?

What was your first concert?

Lowkey, I believe, Drake. Some drug dealers took me to a Drake concert on some random shit.

We notice Soulection is a big support system for your music; what your relationship like with that collective?

DMV Go-Go’s scene is similar to Chicago’s House scene; how did that Go-Go culture scene influence your latest projects?

Man, Go-Go is like super rhythmic. And it varies. Like, my father’s generation of Go-Go is like Chuck Brown, E.U., and bands like that were really bouncy like ‘Let Me Clear My Throat’ Kool Herc — this crazy tight ass percussion. Whereas, when we were growing up the music got faster. It was more trap’d out. So the beats I pick are really bouncy because that’s the sound I heard growing up.

I noticed your Instagram bio says: ‘I don’t want to be famous’ why is that?

Who has heard your music that you personally admire?

You recently just spent a lot of time in Australia; what was the wildest thing you seen over there?

Ok, a million fucking things. It was insane. I’ll pick one though. I did a show in Adelaide and the stage was completely clear when I got on. Once I got on, everybody rushed it. It was packed from the front to the back. It was fans standing on rocks throwing toilet paper, not at me, but around me excited [laughs]. People were crowd surfing.

Your fans were crowd surfing each other?

You’re selective when it comes to collaborations. Your vibes seems to have to match with the other artist you collaborate with; are there any dream collaborations you’d like to get?

Nah, not really. I get to work with the people that I really fuck with. Everything that will happen — will happen or I’m currently working with them.

Any new albums you’ve came across that inspire you?

Saint Laurent. I wear a lot of YSL.

Last thing you couldn’t wait to purchase after your first rap check?

Man, I got a lot of crazy shit in my house. I bought two Curved TVs off my first rap check. I bought me and my mom a curved TV, Xbox One and a couch.

Stay updated with Goldlink on IG, Soundcloud and Twitter.