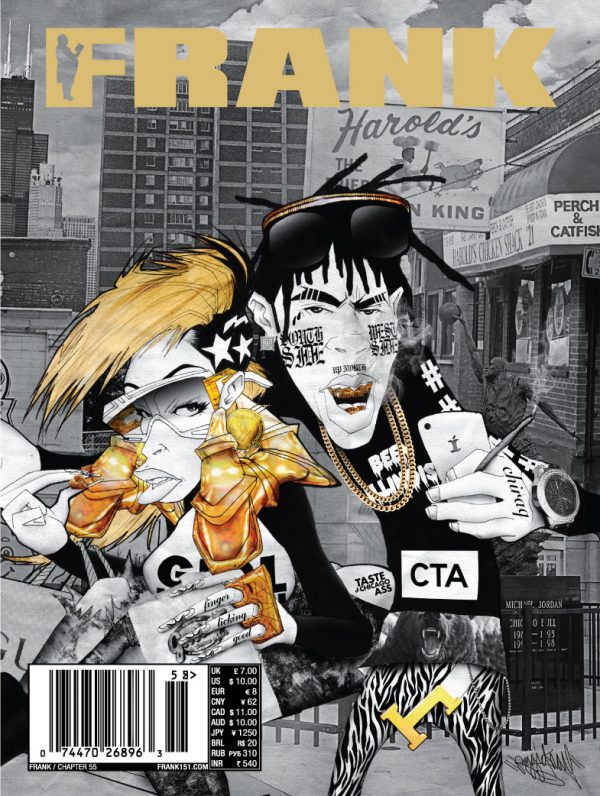 In chapter 55, Frank151 explores the scenery and insight into the past, present and future of Chicago.

Although it’s known as the Second City, Chicago easily has the influence to be in a category of its own. From Kanye West to Hebru Brantley, the Windy City has been a bastion for creativity, and still continues to produce key players in the arts, music, and sports.

Chapter 55: Chicago showcases the city the FRANK way. Sure we’ve got features on Michael Jordan and Al Capone, but that goes without saying? In Chapter 55, you’ll discover unfamiliar places like the Viagra Triangle, Tony’s Sports, and people the likes of Reggieknow and Twilight Tone; key influencers to Chicago, but unbeknownst to others outside of the Windy City’s border.

Chapter 55 is due in March. Watch the Instagram video on the player below.