The moment right before an artist comes on stage is always the most nerve-wrecking. As a small row of purple lights dimmed and the fog became denser, the audience became even more restless as they waited minute after minute in hopes that something exciting would happen. Causally gracing the stage in a loose-fitting black leather jacket and grey paint-suit, FKA twigs’ stature seemed small in comparison to the size of the historic venue. 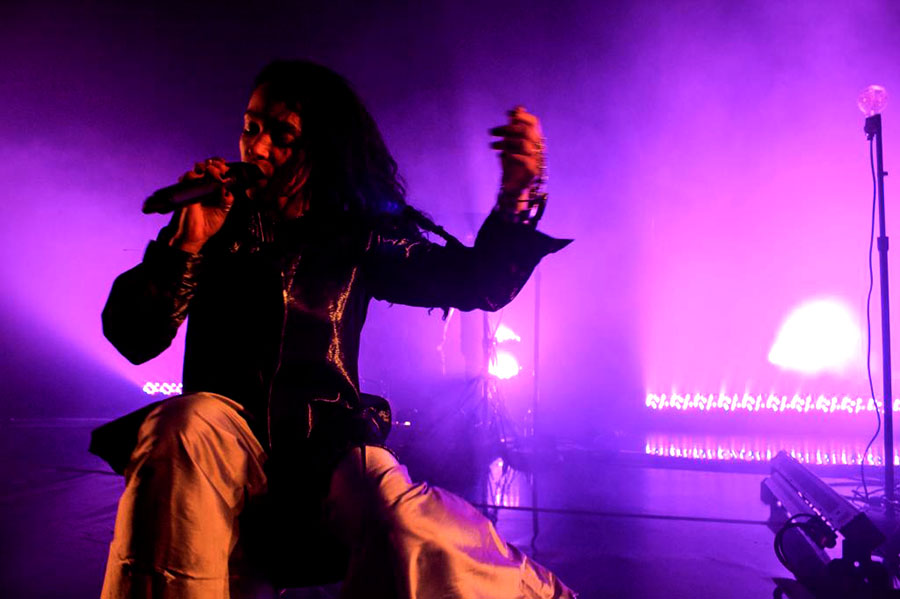 The 26-year-old London based singer-songwriter, FKA twigs — real name Tahliah Barnett, has had a whirlwind of a year. After quietly releasing extended plays EP1 and EP2 over the last couple of years, twigs finally dropped her debut project LP1 in August, receiving much critical acclaim. Twigs first played Chicago over the summer at Pitchfork Festival 2014, which included a small after show at Bottom Lounge with an intimate crowd. Now with an album under her belt and more experience touring across the world, twigs was ready to demonstrate a more developed, intricate live show for a sold-out crowd at Metro. 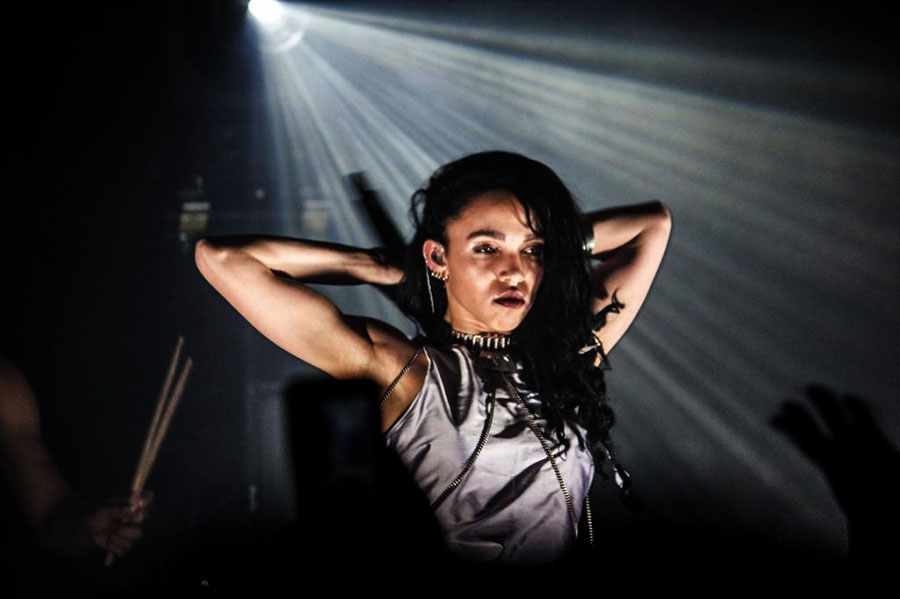 Opening with “Preface”, the beginning track on LP1 that features distorted vocals from Chicago rapper Lucki Eck$, twigs calmly moved around the stage rapping over robotic sound effects. “I love another, and thus I hate myself,” she repeated while going higher in pitch as the drums became more intense.
After stunning the crowd with her airy vocals, the mood instantly changed when twigs shifted from dark and eerie to seductive and intimate with “Lights On”. The Arca-produced track, which features a soothing bassline and twigs’ whispered vocals, allowed the crowd to be more engaged as they began to slowly dance along with her. The bridge of the song prompted twigs to enter a dance solo where she swiftly spun from both sides of the stage, flipping her hair and contorting her body in tune with the cackling horns. 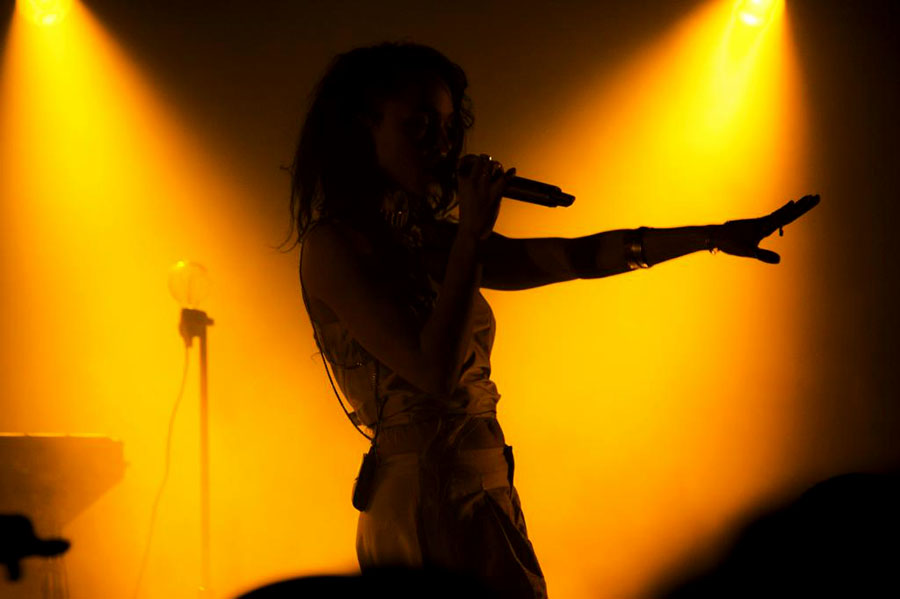 The same energy could be felt throughout the next couple of songs as well. The stage setup was carefully executed in order to give room for twigs to dance freely and command all points of the floor. During upbeat numbers like “Give Up”, the crowd’s eyes shifted rapidly as Twigs would be seen twirling on one end of the stage and in the blink of an eye be found winding down on the other. At one point, Twigs turned her back against the crowd and covered the grin on her face, feeling overwhelmed by the deafening applause from the audience. “A lot of places don’t feel like home,” twigs said shyly with a wide smile facing the crowd again. “But Chicago definitely reminds me of home.” 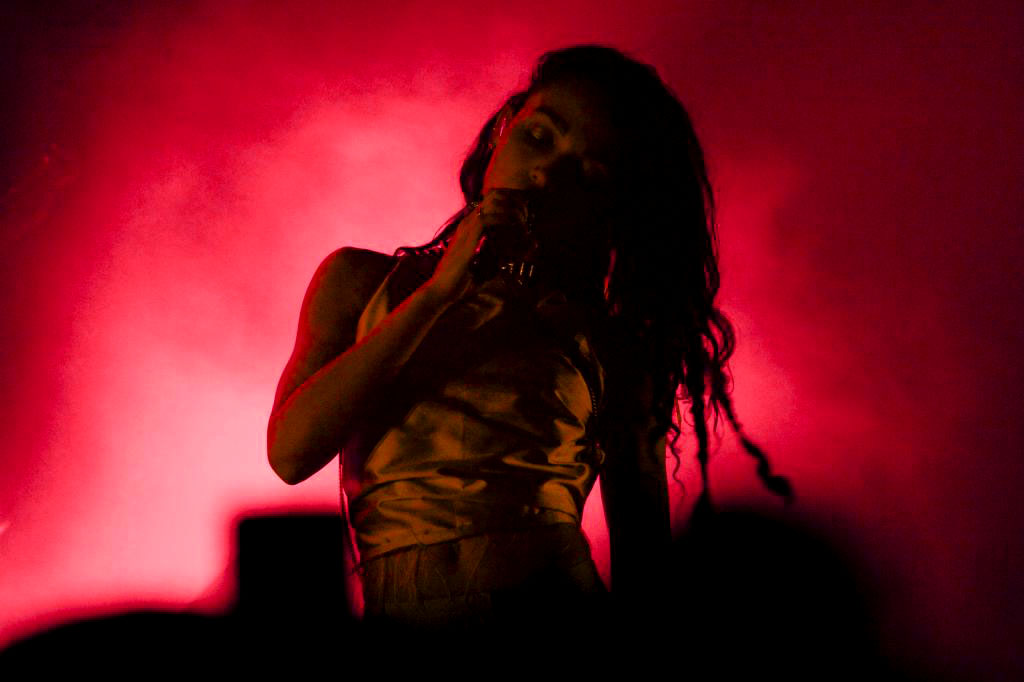 A highlight of the show was “Video Girl”, a hypnotizing track that references Twigs’ former career as a backup dancer in videos for artists like Jessie J. Changes from the album version in the live version were definitely noticeable, as it felt more rock-sounding than electronic. By the end of the song, twigs whipped her neck around ferociously while on her knees center stage, captivating the crowd once more.

Closing out with “How’s That”, a mid-tempo bass-heavy R&B track, twigs’ stature had grown into that of a seasoned performer. Displaying a great amount of energy through her elaborate dances, high-pitched vocals and unnerving glares into the crowd, twigs’ performance felt like more of an art piece than a typical show, which ultimately was a rare and unique experience.