Fresh off your first music video for your debut album, 2 On, tell us how does that feel?

I’m so excited about the video coming out. It’s finally putting a visual behind the song which is always exciting. I got to work with some really, really dope people to create the video like Hannah Lux Davis who directed it. She’s done some really amazing videos. JaQuel Knight who choreographed it is like a beast! So the whole video making process was really awesome.

As far as choreography, how important was it to show fans your dancing ability?

I really wanted to establish that I was a dancer, like a real dancer with these videos. I’ve been dancing since I was about 4 years old. Ballet, tap, jazz, hip-hop. All different styles. I really wanted people to know that was apart of my live show and just who I am as an artist so that they can get acquainted with it.

I’m excited about the dancing part because obviously Janet *Points at janet. 1993 Tour tee* is like, one of my favorite artist.

Sonically, you are projecting a different sound with the song, 2 On in comparison to your last mixtape, Black Water. Was that a conscious choice?

I just really wanted to put out a song that was fun. A song that I can dance to — A song that I can listen to in different environments like a more getting ready to go out with my friends environment or whatever. So, I just like to be able to make different songs and switch it up a little bit. I think the whole album, in general, has essence of who I am.
[/two_two] [two_two] 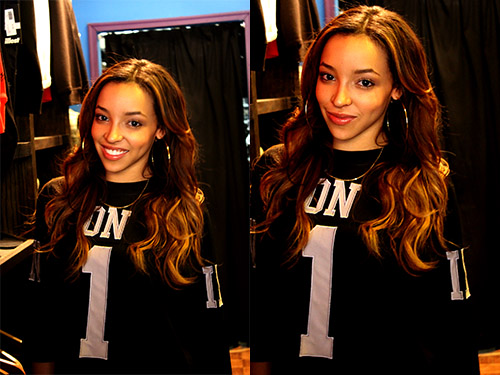 Production-wise besides DJ Mustard, what other producers are you working with on the debut album?

I’ve worked with some really amazing producers. Boi-1da, T-Minus from Toronto, Mike Will Made It — Obviously, DJ Mustard, Clams Casino, Dev Hynes. I’ve really been blessed to work with some of the best people in the business.

Yeah, that’s a great list of producers already. Are you working with any other collaborations on the album besides Schoolboy Q?

I do! I have a couple. I’ll let you know a couple more. One that is coming that I’m really excited about is a song that I have with A$AP Rocky and I have another one with Future.

So it should be dope. I think you guys are going to like it! 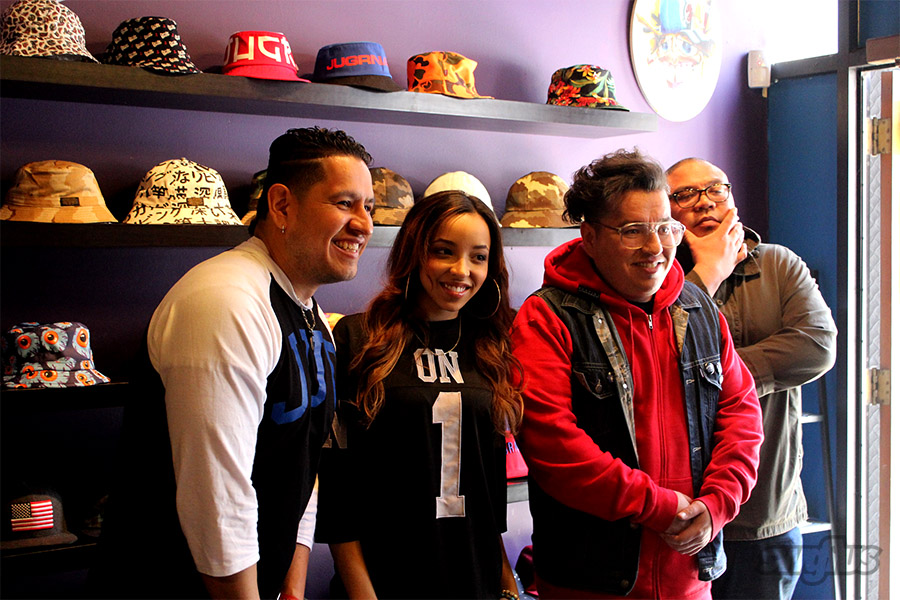 You did a remix with Chance the Rapper, he’s a friend of JUGRNAUT, how did that transpire?

Well, Chance has been familiar with my music for a minute. We used to kind of talk back when I was doing the mixtapes and stuff like that on twitter. And I always thought he was just dope. He was a dope rapper and he had a fresh sound, flow, and vibe and everything. It was so dope to get him on the song. It was like a remix to one of my other songs.

Have you titled the LP?

I have! It’s called Aquarius. That’s that new information. (laughs)

Well, for one reason obviously, it’s my [zodiac] sign. There’s definitely a lot of other different meanings to it, I think. In the album, I kinda explore [those themes] in the songs, so I don’t wanna give too much away. But another meaning that’s obviously important for me is for my debut album needs to be a representation of who I am. Just as an artist and as a person so I hope that kinda embodied who I am.

But you got to be honest.

Drake, one of your collaborators A$AP Rocky, or Chris Brown?

I’ll kill them all. (laughs)

That’s a good answer! (laughs) So what was the last CD you purchased that you really like?

Christina Aguilera. She was my first concert when I was 14 and my dad took me to the big show at the Staples Center and I was like blown away!

What’s your favorite vice if you can think off-hand?

My favorite vice is music. Whenever I’m down, depressed or not just in the best mood, or even if I’m just in a really good mood, music is always my go-to of how to channel my emotions, you know?

So the last time you went shopping, what did you buy?

I don’t remember the last time I went shopping … Actually, I do! Before I went on the promo tour, I was buying clothes, some new shoes, a show outfit for my SXSW show and that was it. 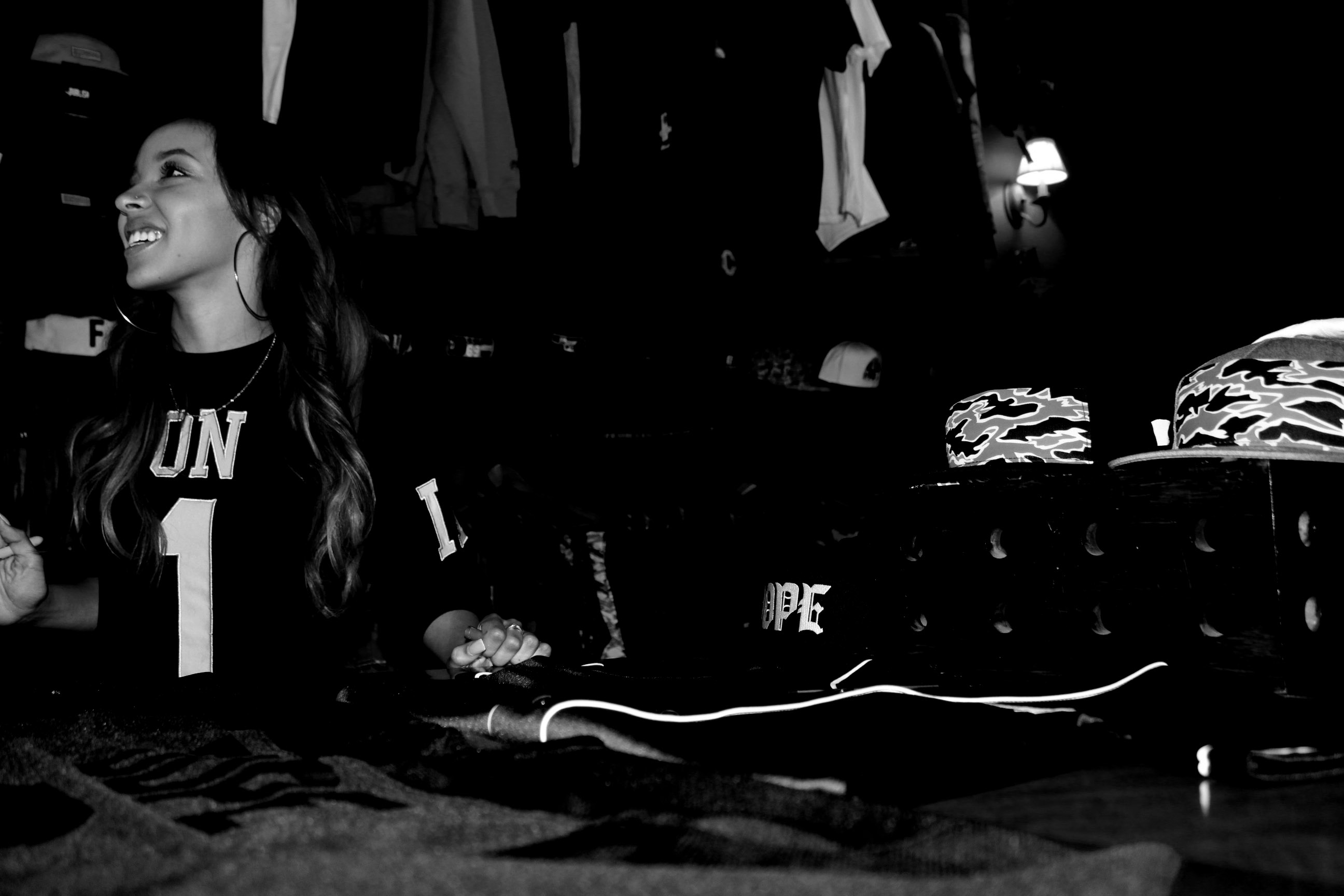 If you can remember any brands that you really like, as far as streetwear brands, which brands do you like?

Yeah, I love Crooks & Castles, 10. Deep; I love UNIF. Diamond Supply. I’m really into DOPE. I like them all. Like I like everything they have in this store. (laughs)

So what do you like to see on a guy as far as style is concerned? What do you look for?

I like a guy who’s able to switch up his fashion and just doesn’t have one look that he always sticks to. I like that you can be able to have fun and have more streetwear kinda days and chill. And then to be able to clean it up. Just change up their look.

Now what don’t you like to see on a guy? Because some guys like to go to far sometimes.

I’m not into the super baggy, like 1999, pants on the ground, XXXL t-shirt. Like yeah, that’s probably a no. (laughs) 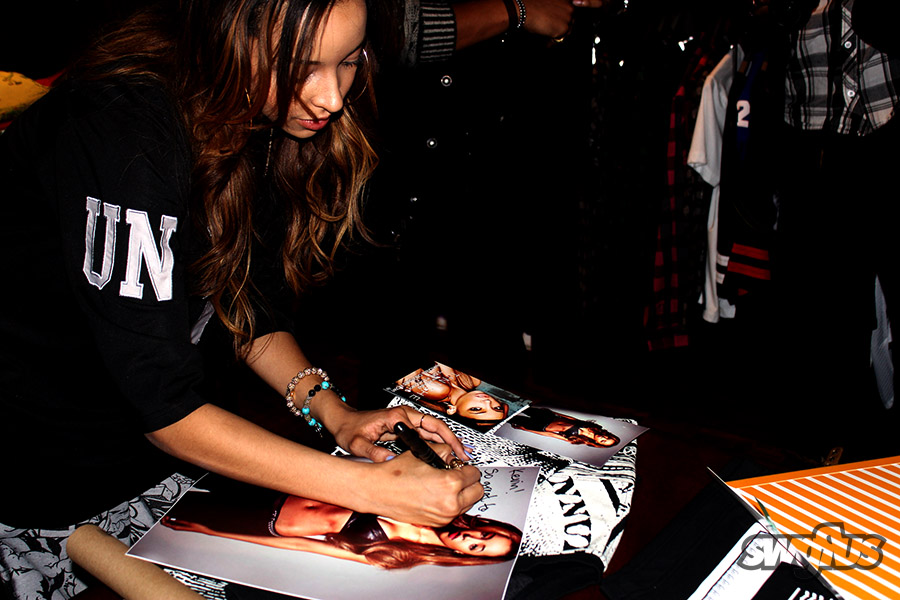