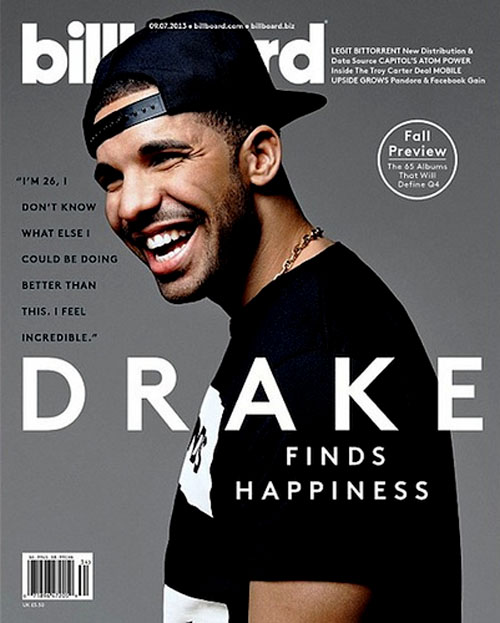 Drake appears on the upcoming issue of Billboard to discuss his upcoming album Nothing Was The Same, Kendrick Lamar ‘Control’ verse and more. The YMCMB-rapper is preparing to release his upcoming LP on September 24th. Read a few excerpts from the issue below:

On Kendrick Lamar’s mention on ‘Control’

“I didn’t really have anything to say about it,” Drake says of the verse, which has so far inspired responses from A$AP Rocky, Joey Bada$$, former Los Angeles Lakers coach Phil Jackson and too many others to count. “It just sounded like an ambitious thought to me. That’s all it was. I know good and well that Kendrick’s not murdering me, at all, in any platform. So when that day presents itself, I guess we can revisit the topic.”

“There’s a lot less sort of ambient ballad moments on this album where I’m searching or longing for something,” Drake says of Nothing Was the Same. “That sentiment is gone. Now I’m just kind of like, ‘You know, I’m 26, I don’t know what the fuck else I could be doing better than this. I feel incredible about how I’m able to support my family and friends and how supportive my family and friends have been of me.’

“The goal is to continue to push the culture forward and form a team that can really contribute some great music to the world,” Drake says of OVO. “My ears are definitely out. I’m looking to hear the next wave.”