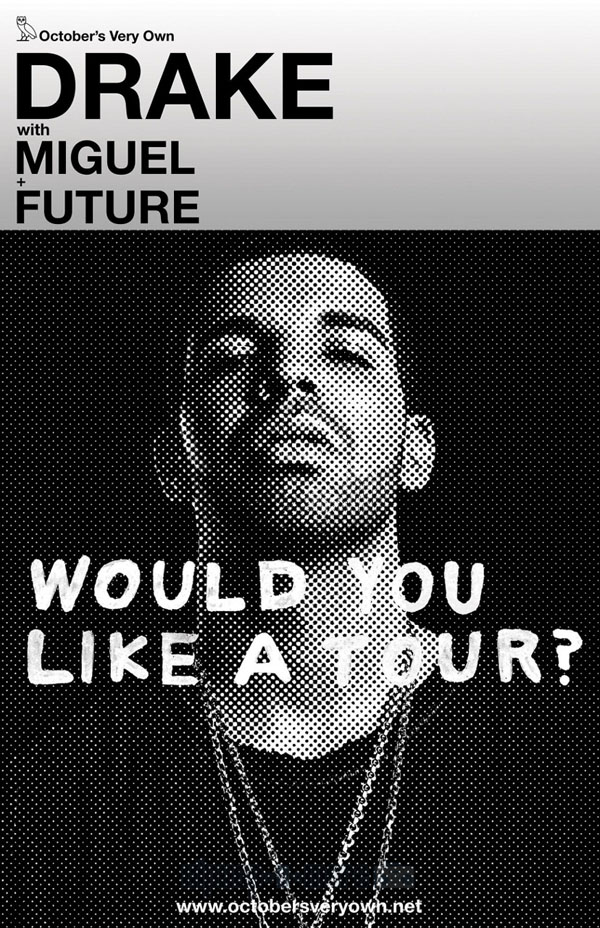 Drake will be tour in your city in the Fall alongside Future & Miguel starting September 25th off the efforts of his upcoming LP Nothing Was The Same. Tickets will go on sale on June 21st via Live Nation and Ticketmaster. Check out the tour dates below to see when Drizzy will be in your city.