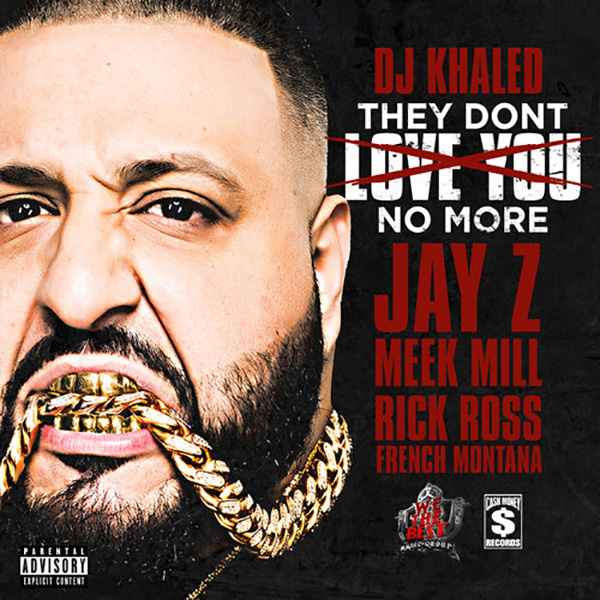 DJ Khaled is gearing up for another summer run with the announcement of his new single, ‘They Don’t Love You No More‘. For the first single, he called upon Meek Mill, Rick Ross, French Montana, and Jay-Z. The We The Best CEO was immensely excited about the acquirement of Jay-Z during a segment on MTV News screaming, “What you think I’m playing with this sh–? Eight summers, I got Jay Z, Shawn Carter; I got Hova on my first single! F–k this sh–, I’mma show the game, boy.” Listen Khaled’s self-proclaimed street anthem below.