One of the biggest event days in streetwear occurred at the top of the year in Long Beach, CA on January 7th, 2014. In case you’re unaware of this reoccurring event in street wear, AGENDA is a trade show that garners brands across the globe into one place for acquisition from buyers, vendors and street wear enthusiasts to showcase and preview what to expect for the upcoming collections within the calendar year. From small garage brands to well-established elite brands are all brought together to stand under one conglomerate to showcase their latest offerings. 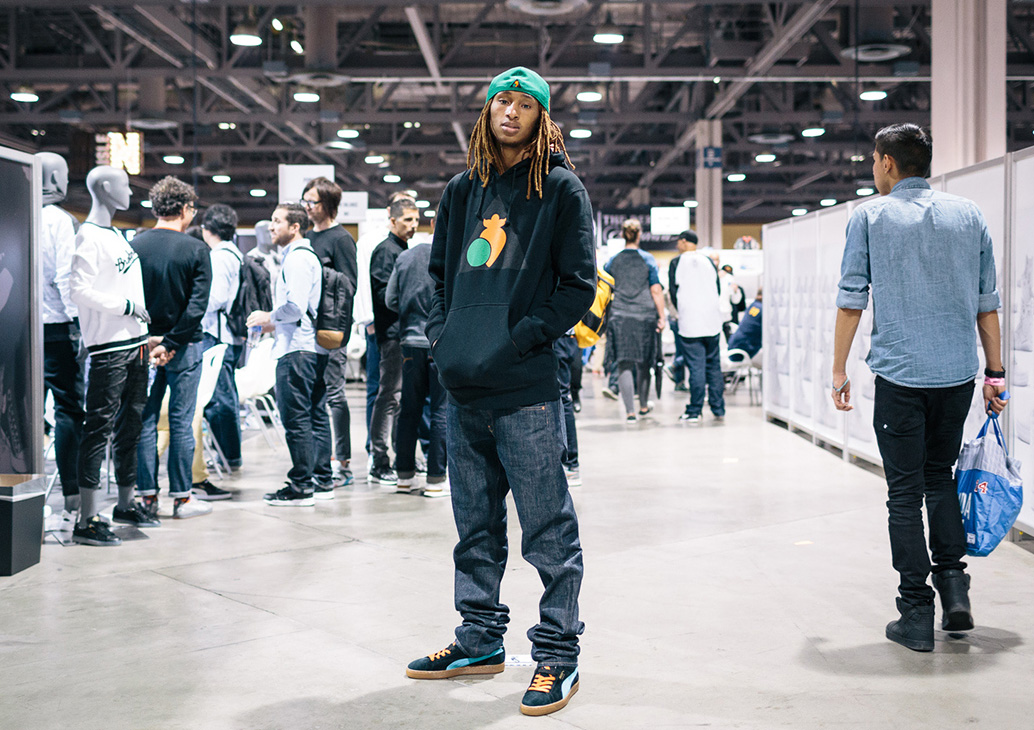 While in attendance there were many familiar faces seen such as Aleali May of RSVP Gallery, Anwar Carrots of PNCINTL (pictured above via Hypebeast), Paulo Wallo of Rare Panther,  Freddie Gibbs and many more. Favorite brands like Billionaire Boys Club, Staple, Play Cloths, Undefeated and Stüssy were all showing this year at AGENDA. Skaters and action sport kids marveled in a selections from their favorite brands.

Skating from one booth to the next, racking up the free merchandise that they can get their hands on. Heavyweight affiliate, DOPE, had an interesting revelation at this year’s AGENDA Show. Previously acknowledged as ‘Dope Couture‘ will now just simply remain ‘DOPE’ and the Couture line will cater to the Womens’ collection which will be brought into fruition in Summer 2014. The AGENDA show also catered an entire section of the show to spotlight Womenswear lines in streetwear like Stüssy Women, Obey for Women, LRGirls (LRG for Women), MINKPINK, and many more. 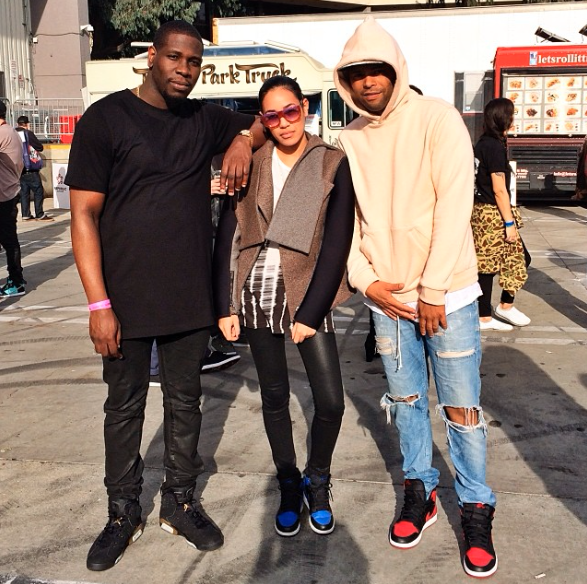 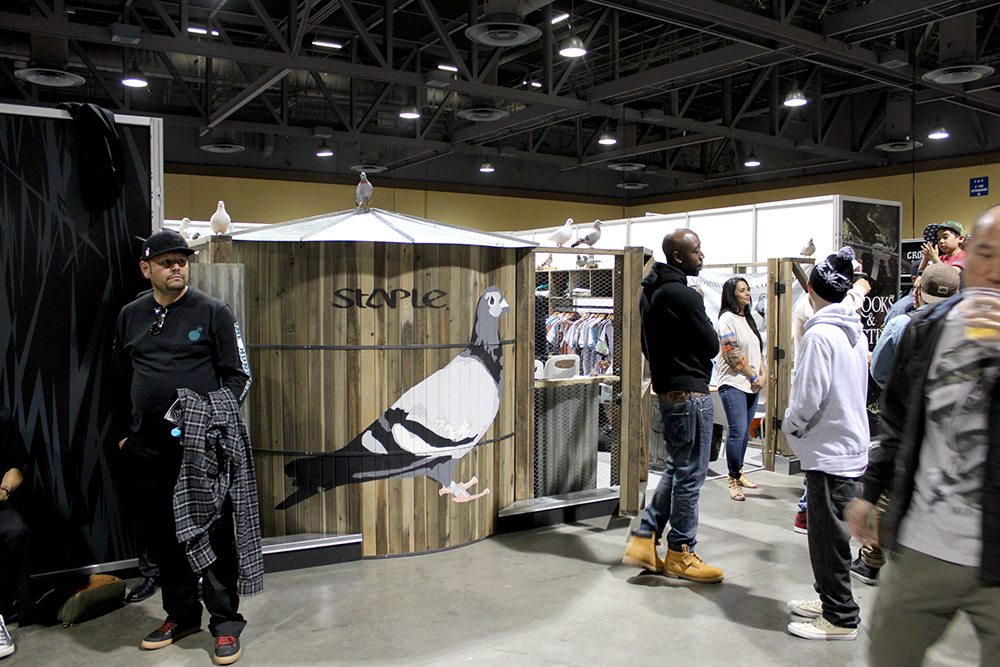 AGENDA Cafe also had a selection of food trucks for the hungry which had an assortments of trucks like Free Range, Kogi and many more L.A-based organic food vendors. As a connoisseur of Mexican-infused food,  Korean BBQ-fusioner Kogi was the selected choice which was better than I expected. My order consisted of Short Rib burrito which apparently contains hashbrowns, softly scrambled eggs, shredded cheddar and jack cheese, chopped onions and cilantro and chiffonade romaine and cabbage lettuce tossed in Korean chili-soy vinaigrette, according to the website, and a Chicken taco. One of the better L.A.-based foods that I’ve been able to enjoy while visiting California. 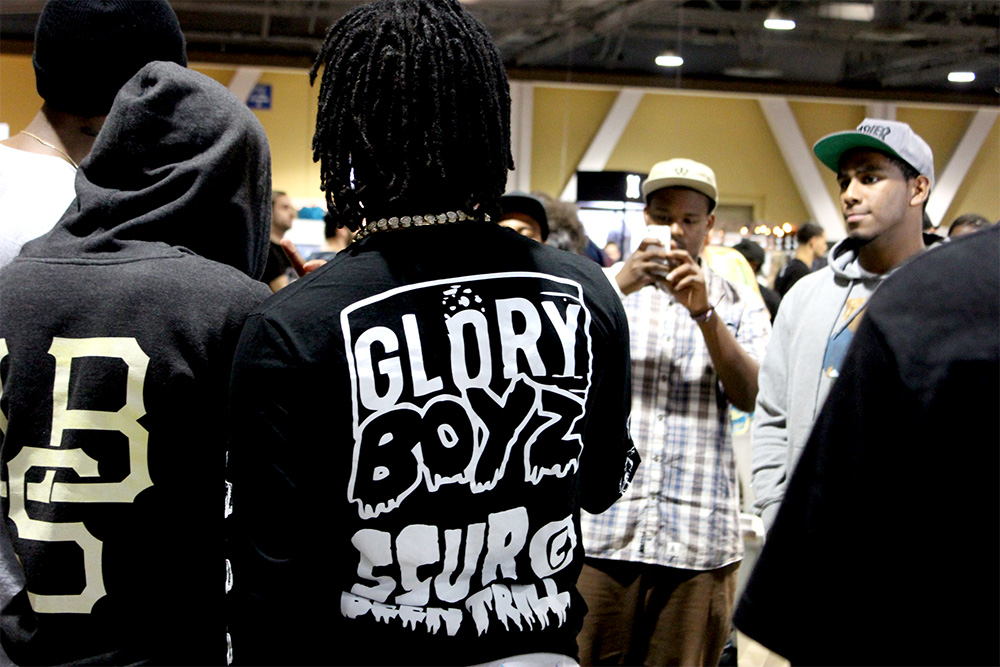 Close friend and owner of Since 1769 and Gallery Seventeen, Jake Hanna, also attended AGENDA with me to view the upcoming collections. Shortly after lunch, Jake caught wind from Asa Turner of FRANK151 that Chief Keef was in attendance at AGENDA. Being a Chicago native, knowing of the Glory Boyz Entertainment-leader and his impact on the Drill music scene in Chicago intrigued me as to his attendance at AGENDA. Almost every overheard voice was talking about searching for Chief Keef within the show shortly after hearsay of him possibly being at the show. We finally catch up to Chief Keef and he is sporting a Been Trill x SSUR x GBE collaboration tee. 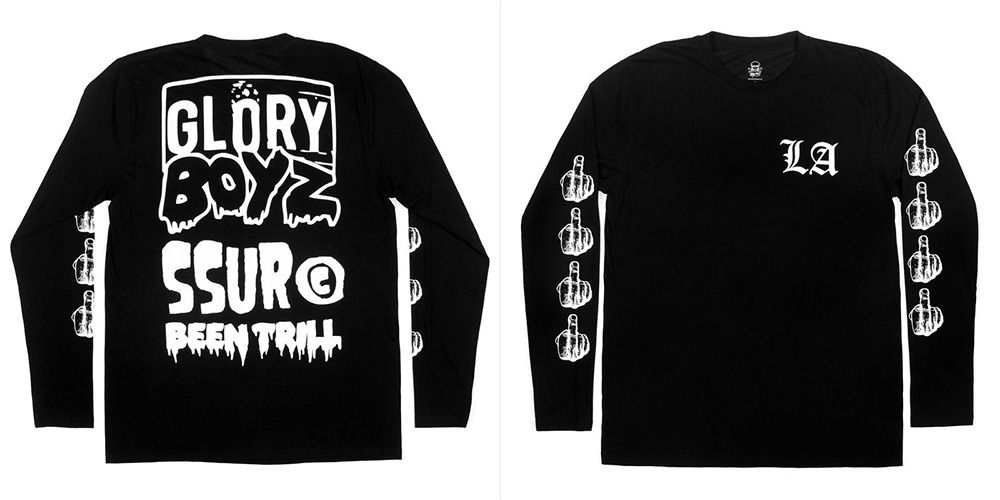 Fans greeted Chief Keef with invites to their booths to throw new gear at him and his fellow GBE entourage. Expectations of Chief Keef’s interaction was not of the calm type but he seemingly handles fandom well. Following Chief Keef around AGENDA wasn’t as reckless as one may think it could possibly be. Two Californian girl fans greeted Chief Keef like, “OMG! We love you. Can we take a picture?!” Laughing it up with Chief Keef next door neighbor-style one of the fans went to rub his belly chummingly saying, “Tickle, tickle!” as everyone witnessed chuckled at the idea Keef being the ticklish-type.  It was surreal seeing Keef’s disposition with the fans from his most famed interaction from his behavior from music videos like “I Don’t Like” and other stories surrounding the hood star’s persona. 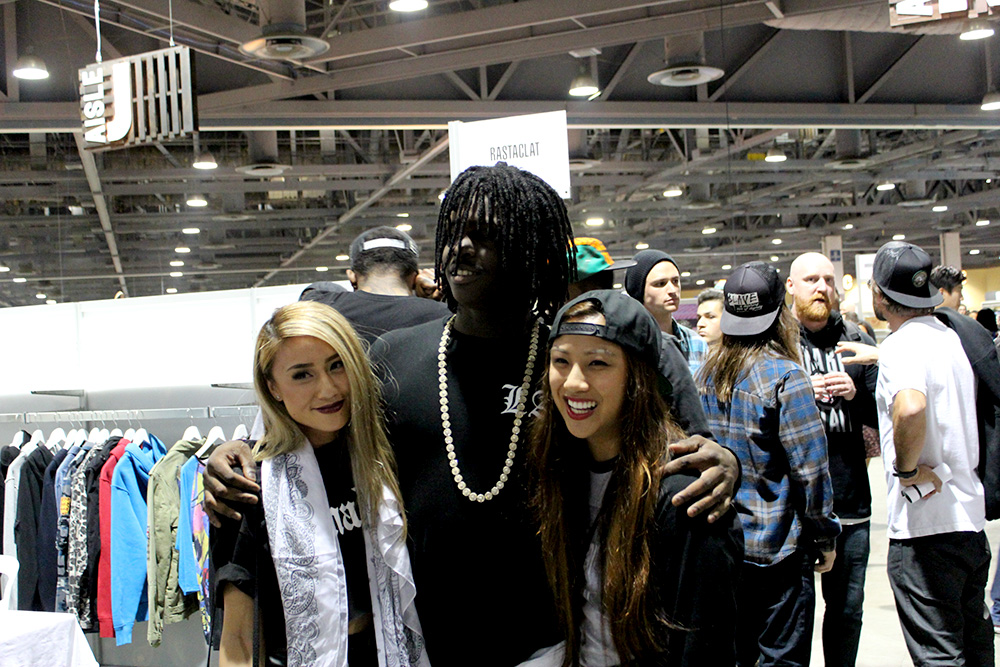 AGENDA in Long Beach this year was eventful in for the most part for connecting with some of the vendors from my favorite brands. Creating Culture complied a recap video which pretty much covers the atmosphere and vibe of the event. Take a look at more pics from AGENDA in the gallery + Creating Culture recap video below.