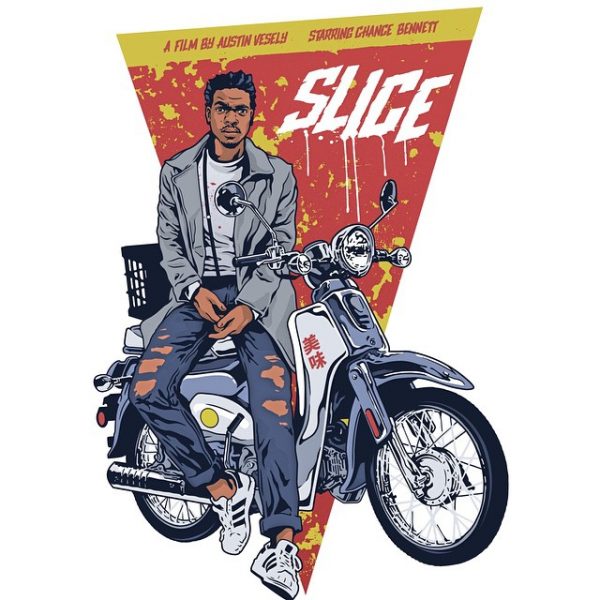 Chicago rap star Chance the Rapper will play out a role directed by friend and director, Austin Vesely.

Chancelor Bennett has movie credits, people! The man who brought us the visuals for ‘Sunday Candy‘ is also working on a 2016-release murder mystery/comedy entitled Slice starring the Chicago rapper.

IMDb information gives us a movie poster illustration by Alexander Iaccarino describing the film, “When a pizza delivery driver is murdered on the job, the city searches for someone to blame: ghosts? drug dealers? a disgraced werewolf?” along with a estimated budget for $1 Million. There’s also more information on Chance’s character Dax Lycander via the movie’s Instagram page: @SliceFilm.

The release date has not been set but we’re pretty excited about the film and would love to see it in select theaters. Chicago will definitely be up for that. Stay tuned to @AustinVesely & @ChanceTheRapper on Twitter.