Chance the Rapper covers the 2017 Feb. issue of GQ.

In the Feb. issue of GQ, Chance The Rapper talks importantly about his growing up in Chicago, his Grammy nominations, being inspired by Kanye West and not being afraid of Donald Trump. The unsigned Chicagoan also talks about his stage name meaning. 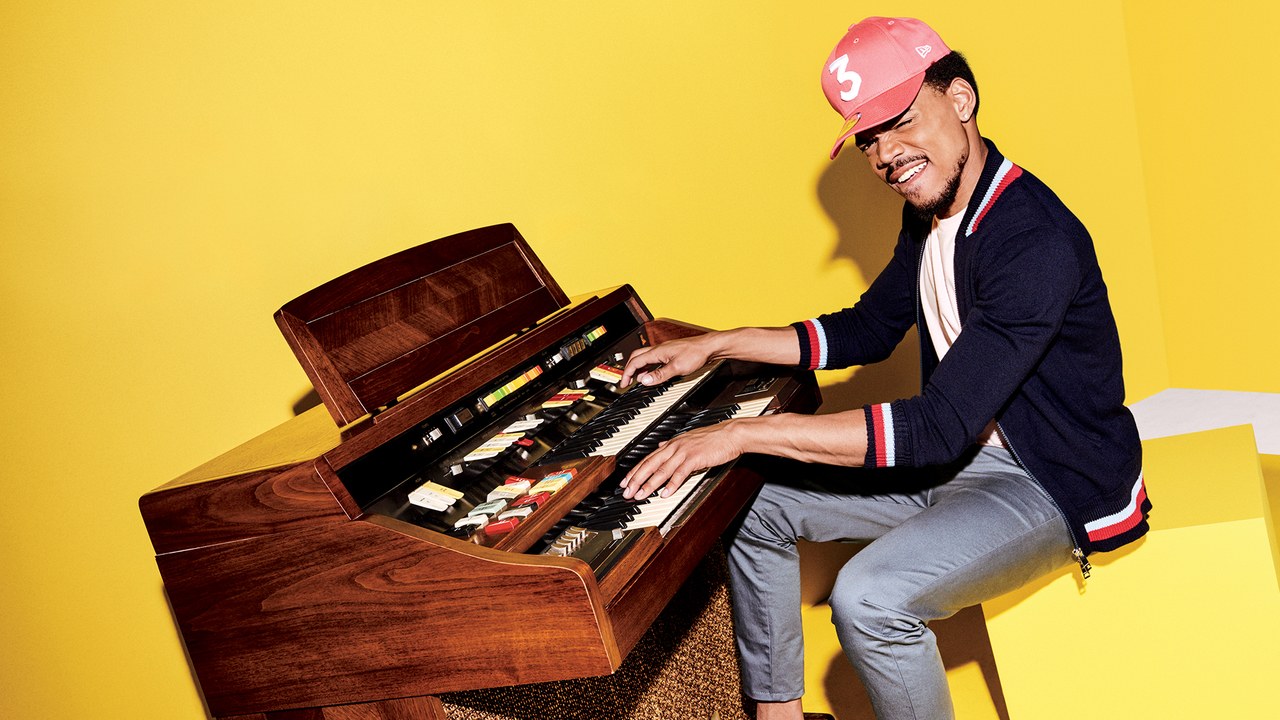 On not being afraid of a Donald Trump Presidency:

“You gotta just understand, like, shit has been fucked-up, right? Like, “Make America Great Again,” that’s not a real thing because shit ain’t really switched up for them. It’s not really going that bad for you. If you feel like you’re the under-represented, under-appreciated side of Middle America that is white—quote me—you need to, uh, toughen up, nigga! Somebody gotta punch you in the chest, because shit is sweet for you. You know what I’m saying? I would say to everybody, you know, the world is coming together. Like there’s—every day people are becoming more and more, I’m not using this word in terms of emotion, but sensitive to real issues and— aware.”

I don’t think I ever wanted to be like Kanye in personality, though. I think I definitely want to, have always wanted to, have his boldness or assurance in myself. But I’ve definitely seen Kanye do things where I was like, “I’d never do that.” I’ve always been able to defend Kanye. When everybody’s like, “Kanye’s a nut, Kanye’s a nut,” I’m one of those guys saying, “No, he’s saying some real shit.” Like when he went onstage with Taylor, I was like…well…Beyoncé kind of deserved that. [laughs] I’m rationalizing everything that he does, but I can’t say that in the same position I would do the same things. Being around Kanye, Kanye says crazier shit in private than he does in public, which is hard to believe because he says the craziest things in public. He does have a filter. He’s not a liar or somebody that is going to sugarcoat things when he does speak. But Kanye’s said some crazy shit to me where I respond, “No, I don’t feel you at all.” I always wanted to be more of a person that people enjoy. Somebody that will make you laugh. I’m talking about just my personality, not necessarily how my music sounds. Because I believe I’m a disrupter like Kanye in a lot of ways.

On his Grammy Nominations:

I think the Grammys are super important to music. As a musician, I think it’s the same thing as an actor receiving an Oscar. Do I think that the Grammys are always fully representative of a person’s talent? No. Just like Leonardo DiCaprio didn’t get an Oscar until this past year. And he’s been doing his fucking thing. But I think everybody wants validation, everybody wants to feel like they did right. And I think the nominations are my victory. You know?

Read the full interview on GQ.