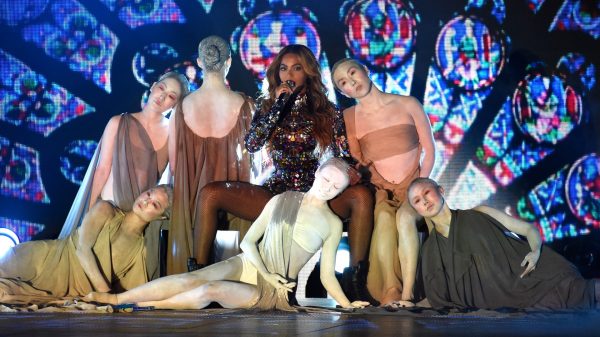 Beyoncé performed a 15-minute set of a medley of songs from her self-titled LP before receiving the Michael Jackson Video Vanguard Award from husband Jay Z at this year’s 2014 MTV Music Video Awards. Beyoncé also took home Best Collaboration for Drunk in Love featuring Jay Z, Best Video With A Message and Best Cinematography for Pretty Hurts.  Watch Beyoncé performance on the player below.