This year’s Coachella line-up was announced yesterday (Jan. 3) and has festival attendees excited for this upcoming Spring. Headliners like Beyoncé, Kendrick Lamar, Future, Gucci Mane, Radiohead generated buzz and anticipation for the two-weekend festival in Coachella, CA. The upcoming show will take place on weekends April 15 – 17 & April 21 – 23. Tickets are available for purchase at Wednesday, Jan. 4th at 2 p.m. Eastern time at the festival’s website, coachella.com, with weekend-long general admission passes starting at $399. View the festival’s lineup in its entirety below. 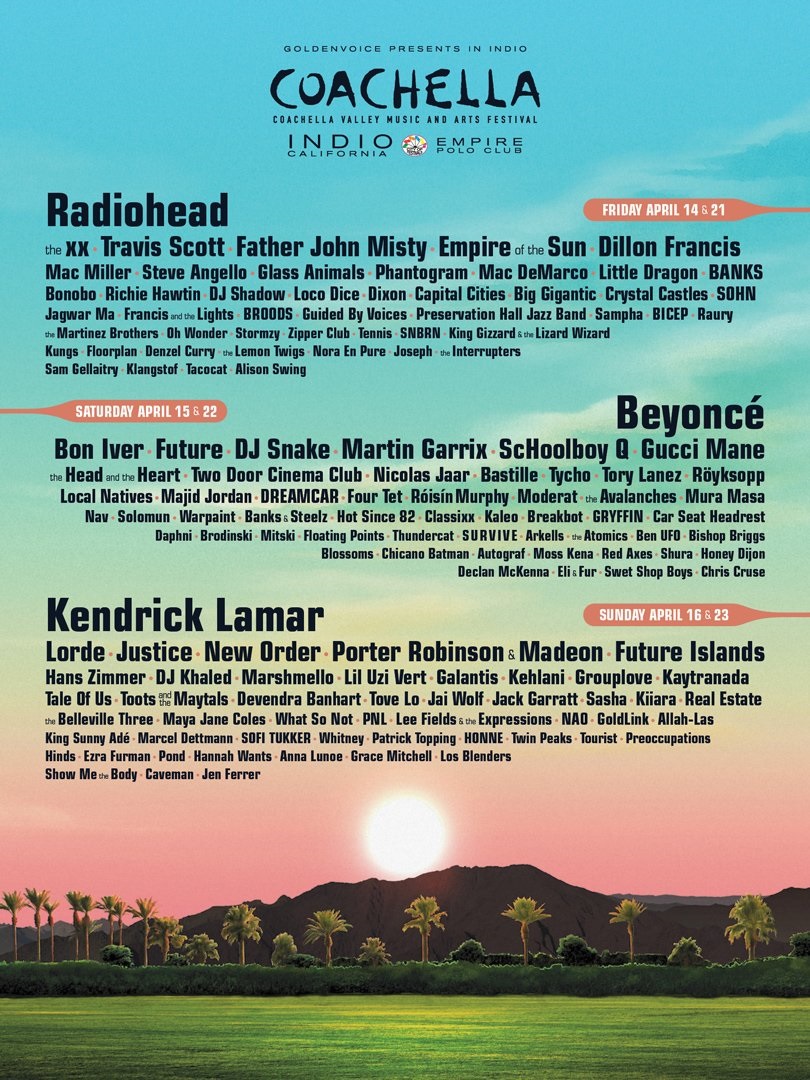