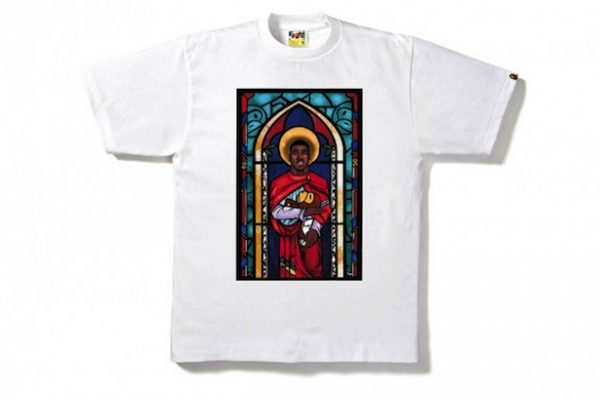 BAPE blesses A$AP Ferg with an exclusive collaborative tee for a limited release which emulates the title of his upcoming album Trap Lord.  The collab consists solely of a t-shirt that will be limited to 100 pieces. The front of the shirt depicts Lord Ferg with baby BAPE and the back reads “Ape Shall Never Kill Ape“. The BAPE x A$AP Ferg “Trap Lord” tee will be available for purchase on August 19th at the BAPE NYC for a special album release party. 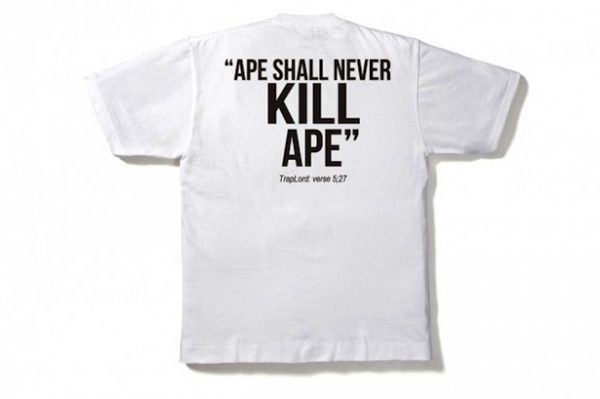