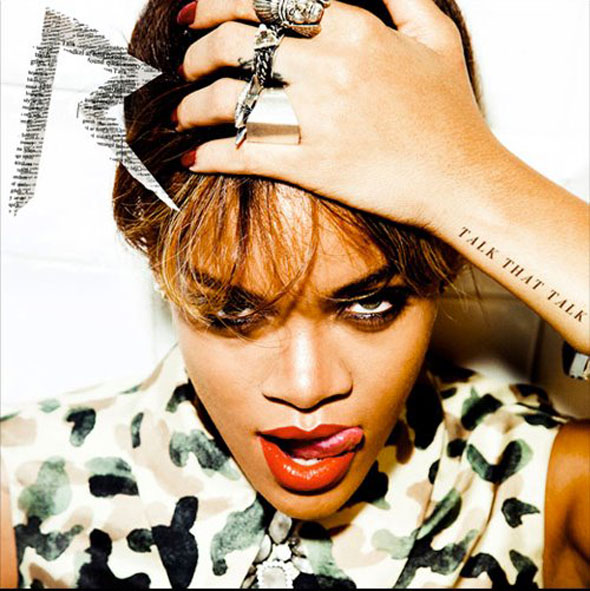 Rihanna digitally tattoos the title of her upcoming sixth album, Talk That Talk, to her wrist for the standard cover of the brand new album which she unveiled via Twitter:

For the deluxe edition, Rihanna effortless blows a mouthful of smoke on the black and white cover of the upcoming album which is due in stores November 21st. Check out the deluxe cover after the cut. 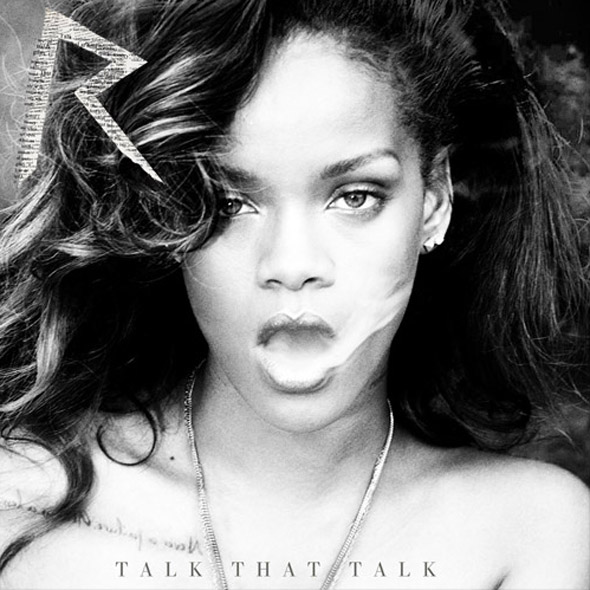