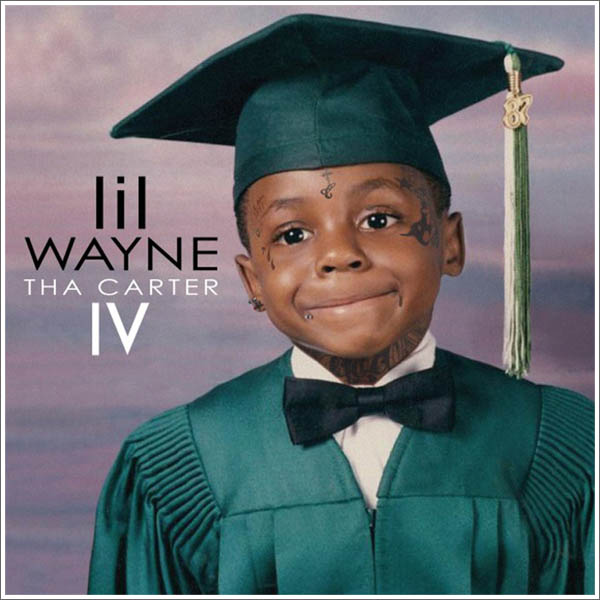 Lil’ Wayne graduates on the cover of his new album Tha Carter IV. Weezy adds his new tattoos and piercing to the innocent version of himself. His new album is set to release on June 14th. What you think of the cover?